Three Ways of Seeing the Muse 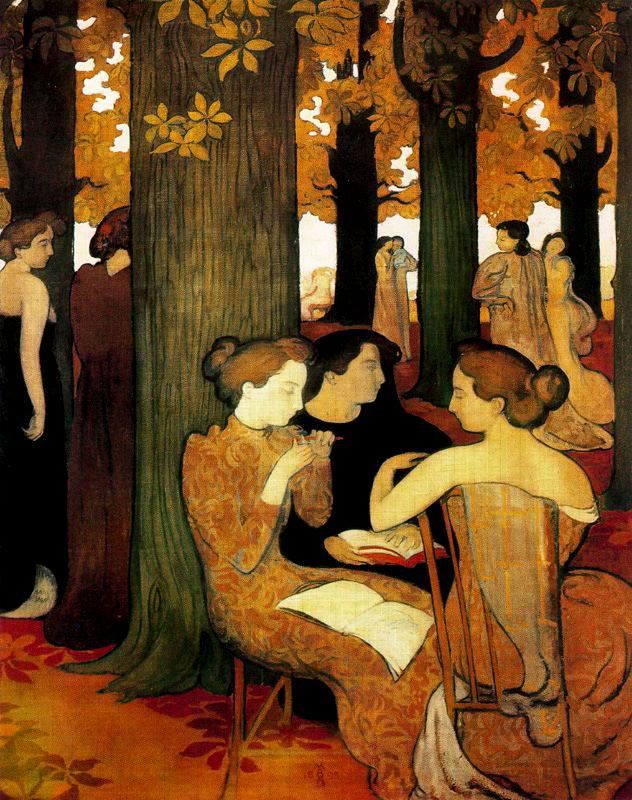 A Poet of Century XIII

He turns to look at the arduous drafts

of the very first (not yet named) sonnet,

the improvised page on which are jumbled

tercets and quatrains, all of them faulty.

He smooths his efforts with a gentle pen

and pauses.  Perhaps it has come forth

from the future, from its sacred horror

a murmur of remote nightingales.

Has he sensed that he is not alone

and that the arcane, the incredible Apollo

has revealed to him an archetype,

an avid crystal that presses towards

whatever night shuts down or day pries open:


A Dream of Stone

Mortals, I’m beautiful as a dream of stone,

And my breast, where each one is bruised in his turn,

Exists to inspire a love in poets

Towards stone, eternal and mute.

Like a sphinx, I hold court in the air,

I join a snow-heart to pallor of swans,

I hate a movement that displaces lines,

Poets before my grand stances

That seem to be lent by monuments

Consume their days in strictest labor,

For to enthrall these docile lovers

I have mirrors that make all beautiful:

My eyes, large and pure, their brilliance—eternal.

to keep on discovering

From solitude to multitudes, the key

kept getting lost in streets and forest,

The first stamp’s an obscure condition,

utter transport with one glass,

the body’s surfeit not having eaten,

heart beggared in a pride all its own.

And so much more that’s not said in books,

(the ones replete with joyless splendors):

go on chipping at the stone that pulls you down,

go on dissolving the soul’s mineral,

‘til you become the one who’s reading,

‘til the water chants through your own mouth.

And this is easier than that tomorrow’s Thursday

and more difficult than to go on being born

and it’s a foreign post that seeks you out

and hides when you go out seeking,

and it’s a shadow with the roof torn apart,

but in the ruptures there are stars.

PrevAge Meets Beauty
Man, As He Really Is and moreNext