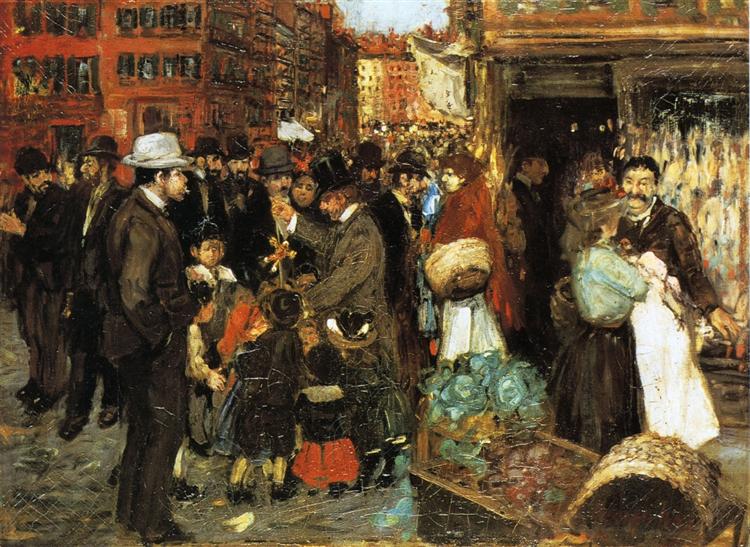 Anti-normative discourse pours forth from venues that once-upon-a-time looked to sustain positive values. Progressive academics and school-system educrats now declare that requiring students to show up on time or to follow directions is racist. To speak approvingly of grit, rigor, logic, merit and other such values in the schoolroom is said to perpetuate the legacy of white supremacy. Decades have passed since underachieving students of color mistook their counterproductive habits and self-defeating attitude for racial authenticity and began to accuse serious fellow students of “acting white.” Cutting edge ed school training has now caught up to the 1980s street, wielding moral intimidation to press teachers to stop “teaching white.”

Whether presented with less-than-subtle coaxing or outright militancy, this sort of anti-norming discourse is open and obvious. But a more insidious sort of anti-normative discourse is equally common. Call it the Trojan Horse genre of multicultural recitation. Here a narrative arrives disguised as a plea for benign multicultural understanding. On the surface, such discourse seems to present itself as a less-than-radical effort to unsettle assumptions; nonetheless, its real purpose is to smuggle in a full-fledged diatribe against mainstream cultural norms.

Trojan Horse authors treat personal observations as axioms. They eschew critical analysis and sidestep difficult questions. The success of their work depends upon a set of naïve, well-intentioned readers susceptible to its sophistry, those who will mistake an author’s “my truth” methodology for the truth. The hoped-for audience is ready to tumble over guilt-stricken at first bidding, duped by the narrative’s guise of benign multiculturalism.

Take for example a piece in the most recent Atlantic Monthly: “Let Brooklyn Be Loud: Why do Rich People Love Quiet so Much?” by Xochitl Gonzalez. Published in the pages of a venerated magazine, this article stipulates that volume, noise and hubbub are life-affirming delights and, what is more, it depicts Puerto Ricans as an ever-exuberant people who invariably express their “joy” (the author’s go-to emotional register) through volume, noise and hubbub.

Most importantly, the author cannot seem to paint this supposedly positive portrait of a people apparently without creating the negative foil of mainstream culture, which is depicted as suppressive and suffocating. Indeed, this background receives more psychic energy from the author than her ostensible subject. Even the title is framed in the negative. Not, “Why Puerto Ricans Equate Loudness with Joy,” but rather “Why Do Rich People Love Quiet So Much?”. For “rich” read white people with more money than the author. And, yes, the question is completely rhetorical, a reproachful epiplexis rather than the set-up for an honest inquiry or critical analysis.

Whether delivered through the pages of a legacy magazine such as The Atlantic or via Diversity Training sessions in “awareness” or lectures on “cultural competency,” the Trojan Horse narrative is meant to ratchet up self-recrimination and moral intimidation for its success. The alleged deficiencies and impositions of (supposedly) white culture are to be undermined or discarded.

In the case of Gonzalez, it’s quiet that needs to go. Her troubles with quiet began when she left New York City for college. There she felt stifled unless separated off into “the spaces that the students of color claimed as our own.” She says that some white students resented these separate groups. Undoubtedly some did, some did not, and some spent little time thinking about the matter. I suspect that the latter two groups are larger than Gonzalez imagines.

I also suspect that those who did feel resentment had a more complex set of reactions than Gonzalez accounts for. Some very few may have been baldly racist. Others would have ungrudgingly recognized the desire for students to be with their peers, but would simultaneously have felt the cognitive dissonance inevitably produced by diversity regimes–the programs, workshops, courses, schemes and vocabulary that suffuse many contemporary American institutions that tout diversity as a supreme value unto itself..

This conception of diversity was codified in Grutter v. Bollinger as the very reason that colleges are allowed to practice discriminatory affirmative action. Yet at those very same colleges racially separatist programs and “spaces” proliferate. “We had our own dormitories, our own hangouts; we even co-opted a room in the computer center where we could work the way we preferred,” Gonzalez writes. Multiculturalism advertises the necessity of addition and the promise of multiplication but seems increasingly to deliver division.

Older readers may be further confused. The great progressive work of the Civil Rights era emphasized the common humanity of one and all. A key idea here was to avoid stereotyping and essentializing ethnic groups. Woe unto anyone, then, who would have ventured a statement that Puerto Ricans are loud and flashy. Now comes an insistence that loudness is a defining feature of being Puerto Rican. “I take pride in saying that we are a loud people,” Gonzalez writes; moreover, established social customs and manners must change in recognition of this “fact.”

Gonzalez’s resentment reaches its absurd apogee when she describes the trial of keeping quiet during an hour-long visit to the Upper East Side apartment of the benefactor who funded her college scholarship. Think on the imposition, reader. A young woman in receipt of a scholarship was compelled to use an inside voice for an entire hour!

“I instinctively understood,’ she writes “that … the proper way to express my gratitude was to hush myself.” Hush herself? What loud manner of thanks would have suited the expression of her true self on this occasion? What loud, and therefore more authentic, expressions she somehow kept herself from using Gonzalez does not say. So soul-crushing was this visit that years later, passing this same apartment during the annual Puerto Rican Day Parade, the author makes a point of shouting out “an extra-loud ¡Wepa!” in its direction. Revenge at last, a verbal up-thrust middle finger from the street.

Other ordeals confronted her once at college: being expected to maintain quiet in the designated quiet study area of her college library, having a self-described “boisterous” dormitory conversation (time of day or night not specified) meet with the request to “please quiet down.” These college encounters, the author lets us know, were her introduction to uptight whites “using shame to exert control” over her group.

The tendentious rhetoric piles up on itself. Invariably, Puerto Rican noisiness is an expression of “joy” (“my identity turned up to eleven”). White people’s desire to study or sleep or just to hear themselves think is at best a desire for their own “comfort.” At best. The implication of dead white souls is pushed hard. Considerations of time and place that ought to govern the discussion are never analyzed, not even raised. All of life, it seems, is a loud joy-filled parade for Puerto Ricans, or would be if “rich people” would get out of their way. Noise is joy. Decorum or respect for others is unhealthy inhibition. One’s rights end where another’s begin? Rubbish!

The article repeatedly suggests racism. A young woman, “new to Brooklyn” according to the author, knocks on the apartment door where Gonzalez and her friends are debating about rap music. “Did your mothers not teach you the difference between inside voice and outside voice?” she asks. Condescending? For sure, and not the way I would want to hear anyone approach a request to tone things down. But racist, as Gonzalez clearly wants us to think? Why does she assume so?

The list of derogatory statements that white people make to and about other noisy white people is a very long one indeed and includes statements that make this snotty question seem milquetoast. Take for example “Shut the fuck up. Were you born in a barn?”. How about, “Turn off that goddamn stereo. We have to get up for work tomorrow” bellowed into the central stairway? The reader will have guessed that these choices were made on a personal basis, I, a young white man, being on the receiving end of each. This was life in college housing and multi-unit apartment dwelling.

The article fails to acknowledge that no one can live full tilt 24/7/365. The author’s grandmother “TAWKS loud,” she approvingly tells us. She is just so full of life. But what if grandma and family had upstairs neighbors who expressed their joy by clogging overhead at three in the morning? How about a loud and proud Harley club roaring past a family funeral? Does the author have any principles of limitation?

Gonzalez actually raises a legitimate point when she writes about newcomers to neighborhoods—Brooklyn in her case—upsetting established routines and understandings. Here is a question for a multicultural republic. How do groups with different ideas of when, where and how much to be loud learn to live together in reasonable harmony? But there isn’t a single thought advanced that helps to answer the question, and nothing to suggest that the author is actually interested in tussling with it.

Gonzalez’ credo seems to be “When it comes to manners and mores, whatever I prefer is correct.” When she is in the role of newcomer and facing established routines at university, it is up to others to find ways to accommodate her desire to make noise. But when newcomers to Brooklyn ask for some quiet, it is they who are expected to conform to the established patterns of loudness that she likes.

Trojan Horse narratives substitute egocentric story-telling for analysis and reasoned argument. Gonzales shows no interest in the origins or function of manners, let alone the thin line between manners and morals. Nor, to repeat, does she suggest what ought to be done when manners and folkways come into conflict. To borrow a phrase, she refuses to “do the work.” How should a multicultural society resolve conflicts? These 2,000 words of resentful “I want” won’t help anyone find an answer to that question. What does it say about the health of the nation that this piece was published in a A-list national magazine that still presents itself as a cultural arbiter?

Matthew Stewart has written on social and cultural affairs for venues including City Journal, Law & Liberty, Quillette, and Spiked Online. He is the author of Modernism and Tradition in Ernest Hemingway’s In Our Time.

PrevWorrying Signs of Infantilisation
The Controversy over the Ken Burns Film, FDR and the HolocaustNext