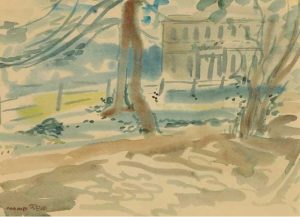 Books, to me, have always been companions and easers of pain, and not just for their words: appearance, æsthetics, quality of print and paper, illustrations, fonts, design and layout, use of colour in typography, binding, end-papers, smell, all play their parts in the enormous pleasure the contents of a fine library can give any bibliophile. This brief contribution, therefore, emphasises the visual aspects of two fascinating volumes that have only just come into my hands, although each, in its own way, is a resounding triumph for meticulous scholarship, intellect, civilisation, and wide-ranging cultural awareness, all too rare in these depressing times, when pole-dancers are felt to be appropriate in the furtherance of the pernicious campaign by opera-house managements to insult composers, librettists, and unfortunate audiences (who should refuse to be fleeced for having their sensibilities shredded by barbarians). 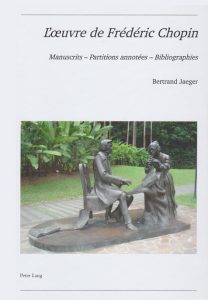 Bertrand Jaeger is the best type of European intellectual, no mere narrow specialist, but possessor of a fine mind capable of ranging widely over a phenomenally varied cultural landscape. I can recall his stimulating contributions on Egyptian influences in Western art and architecture at various conferences in which I also took part, including l’Égyptomanie à l’épreuve de l’archéologie in the Louvre, Paris (8-9 April 1994), and L’Egitto fuori dell’Egitto: dalla riscoperta all’Egittologia. Atti del Convegno Internazionale held in the University of Bologna (26-29 March 1990). Swiss-born Jaeger has a background in Egyptology and Classical Archæology, both interests of mine, but I quickly found that his fields of knowledge extended far beyond those, and coincided with my own investigations into the influence of ancient Egypt in Europe from Antiquity to the present day (which led to my The Egyptian Revival: Ancient Egypt as the Inspiration for Design Motifs in the West [London & New York; Routledge, 2005] and other books, papers, and essays). He was closely concerned with two major publications: the Lexicon Iconographicum Mythologiæ Classicæ from 1987 to 2014, and a companion-volume, Thesaurus Cultus et Rituum Antiquorum (Basel: Fondation pour le Lexicon Iconographicum Mythologiæ Classicæ, 2004). To my delight I also discovered Jaeger’s deep and interest in and profound love of music, musicology, and the pianoforte, and was astounded and very pleased to receive in the post a massive 903-page illustrated tome entitled L’œuvre de Frédéric Chopin: Manuscrits—Partitions annotées—Bibliographies published by Peter Lang AG, Internationaler Verlag der Wissenschaften, as Volume 60, Series II, of the publications of the Schweizerischen Musikforschenden Gesellschaft.

This is a staggering work of scholarship by a great mind, meticuously cataloguing the manuscripts and published works of Fryderyk Franciszek Chopin (1810-49), given in the title of the book in its Frenchified form. Chopin’s œuvre is here laid out, page by scholarly page, with numerous illustrations of sundry title-pages, all annotated, with all sources cited in full. I am humbled, enthralled, and amazed by this stupendous volume: no Chopin enthusiast should be without it. I have just one caveat: the paper on which the book is printed is too thin, so shadowy images from the following pages appear, ghostlike, on each page, which is extremely annoying. A heavier paper should have been used, which would have made the book much thicker, possibly making it two volumes instead of one, but it would have been worth it, because the thin paper spoils a magisterial achievement. 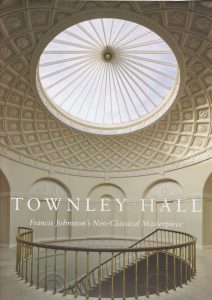 The second book, which arrived at almost the same time as Jaeger’s magnificent volume, is a beautifully and comprehensively illustrated 230-page tome entitled Townley Hall: Francis Johnston’s Neo-Classical Masterpiece produced (2022) for the School of Philosophy & Economic Science in Ireland by Gandon Editions, of Oysterhaven, Kinsale, County Cork. Printed on good-quality paper (so that nothing shows through a page) to a very high standard by the old-established firm of W. & G. Baird, of Antrim, it is handsomely bound. The illustrations are wonderful, a splendid record of one of Ireland’s finest houses (Townley Hall, Tullyallen, near Drogheda, County Louth), designed by Francis Johnston (1760-1829), who, after Sir Edward Lovett Pearce (c.1699-1733) and James Gandon (1742-1823), is the greatest name in Irish Georgian architecture, leaving a huge legacy of versatile, inventive work. A native of County Armagh, Johnston received his early training under his cousin, Samuel Sproule (c.1745-c.1826), and Thomas Cooley (c.1740-84—who designed several buildings for Richard Robinson [1709-94—Archbishop of Armagh and Primate of All Ireland from 1765, 1st Baron Rokeby of Armagh in the Irish peerage from 1777]). It was Robinson who appointed Johnston as his architect after Cooley’s premature death: the young architect completed the exquisite Primate’s Chapel, Armagh (1785), a building I was privileged to measure and draw in the 1950s, and Robinson’s patronage ensured a sound start to Johnston’s distinguished career, marvellously outlined, with superb illustrations, in Michael Kavanagh’s biography and the Catalogue of Works section of the book (which runs from page 171 to 227). Particularly welcome is the part of the book containing the Townley Hall Collection of original architect’s drawings, now held in the Irish Architectural Archive, Dublin.

Townley Hall was designed by Johnston for Blayney Townley Balfour III (1769-1856) and completed around 1798: it is square on plan, with a domed circular stair-hall in its centre. It is one of the most perfect exemplars of Neo-Classical domestic architecture in existence, and its survival (almost a miracle in Ireland where so many marvellous country-houses have been lost) owes much to the courage, skill, and imagination of Professor Frank Mitchell (1912-97) and his wife, Lucy (aka ‘Pic’, née Gwynn [1911-87]), who rescued the property from the tender mercies of the Land Commission in 1967, and in due course the School of Philosophy & Economic Science purchased it. This story is told in an essay by Michael Telford, one of the several distinguished contributors to one of the finest and most beautiful books on architecture I have ever had the pleasure of handling. Strangely enough, only a couple of weeks before the book landed here through my capacious letter-box, I met and was introduced to one of the authors in a friend’s establishment in Greyabbey, County Down: he was The Very Revd Robert Townley former Dean of Kildare, who has the happiness now to live in retirement in Armagh, Ireland’s ecclesiastical capital. His essay, ‘The Heart of Townley Hall,’ is an affectionate recollection of what was once an ‘austerely beautiful old house, … a family home’ from 1799 to 1954.

Breathtakingly and comprehensively illustrated, with many modern photographs as well, this superb volume is a tribute to everyone involved in its genesis and realisation. Universities, schools, etc., have not always been the most sympathetic custodians of fine historic buildings, so the School of Philosophy & Economic Science is to be warmly commended, not only for taking on one of Ireland’s finest houses from the Mitchells, but for funding (with an anonymous donor) a truly magnificent work of scholarship that is in itself an æsthetic triumph of book-making.

A version of this article first appeared in The Jackdaw 163 (May/June 2022, 54-7), and is reprinted here with permission. 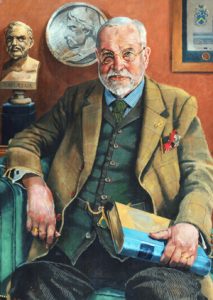 Professor James Stevens Curl, member of the Royal Irish Academy, is the author of several books dealing with Irish architectural history. His latest tome, entitled English Victorian Churches: Architecture, Faith, & Revival, is to be published in London by John Hudson in the Fall of 2022.  His Making Dystopia: The Strange Rise and Survival of Architectural Barbarism was published (2018, 2019) by Oxford University Press, and has received praise and predictable abuse in almost equal dollops. Now in his ninth decade, his acerbic wit, lively enthusiasms, and love of life remain mercifully undiminished. He has been described as one of the few historians who manages to absorb prodigious research which he imparts effortlessly in sustained and lively narrative, and has acquired an international reputation for impeccable scholarship, thoroughness of investigations, and lucidity of style, free from any hints of affected jargon or tiresome obfuscation. .