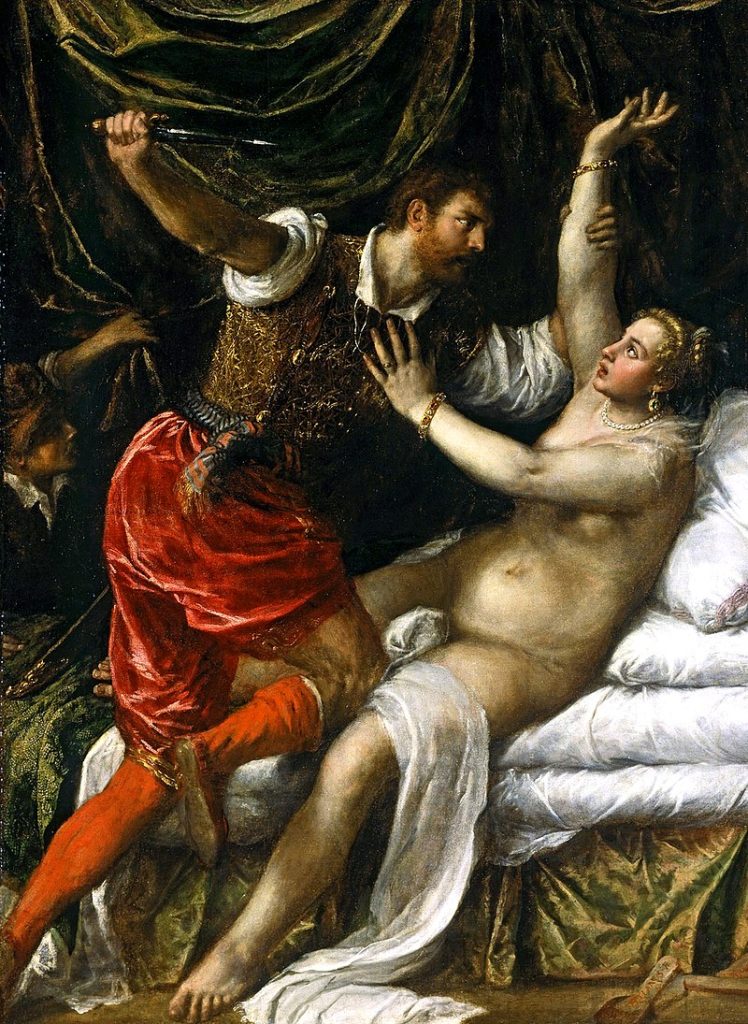 “Even mental and moral qualities of women can arouse the worthless sexuality of men. It can be compromising to be seen on the street with a respectable woman; but conversing about literature with a young girl practically verges on exhibitionism.”—Karl Kraus, Dicta and Contradicta[1]

“Do not be found with him either indoors, or where no one can see what you do, either for studying the prophecies of Holy Scripture or for any other purpose, no matter how necessary.”—Saint Basil.[2]

“She took me kindly by the hand,
And gazed for tidings in my eager eyes,
Fearing some hard news from the warlike band
Where her belovéd Collatinus lies.
O how her fear did make her color rise!—
First red as roses that on lawn we lay,
Then white as lawn, the roses took away.

“And how her hand in my hand being locked
Forced it to tremble with her loyal fear,
Which struck her sad, and then it faster rocked,
Until her husband’s welfare she did hear.
Whereat she smiled with so sweet a cheer
That had Narcissus seen her as she stood,
Self-love had never drowned him in the flood.”

—Shakespeare, The Rape of Lucrece[3]

Was Kraus attempting not to be a lout,
When, having his safe, superficial chat,
He became aware of violations that
The Violated cannot know about?

And knowing that the Body (neck, shin, il-
Eác frontier) returns so many wrongs,
Saint Basil reasons that the Song of Songs’
Analogy is bidirectional.

If causing hectic discomposure is
Itself a type of triumph to be prized,
Then Total Fear may be eroticized,
And Tarquin may make any woman his.

A Wag, a Prude, a Monster in the furled
Night. Add a Savior, and you have a World.

Ophelia: He hath, my lord, of late made many tenders
Of his affection to me.

Polonius: Affection! pooh! you speak like a green girl,
Unsifted in such perilous circumstance.
Do you believe his tenders, as you call them?

Ophelia:    And hath given countenance to his speech, my lord,
With almost all the holy vows of heaven.

Polonius: Do not believe his vows; for they are brokers,
Not of that dye which their investments show,
But mere implorators of unholy suits[.]”

“Suits”; “tenders”; “brokers”: All of them propose
A spatial sense that says, “You’ve never had
The person, but a thing that’s sent, and glows,
On their behalf.” It makes me rather sad,
As if the whole relationship between
The Man & Woman is a sequence of
Pragmatic notes exchanged across obscene
Remove, the Vacuum—as if this is Love.

If love remains the standby metaphor
For union with the absolute Divine,
I’m quite unsure what, just beyond the Door,
Is waiting to announce itself as mine.

But damn what the alternative may prove:
I’ll pick the Strange Bureaucracy of Love.