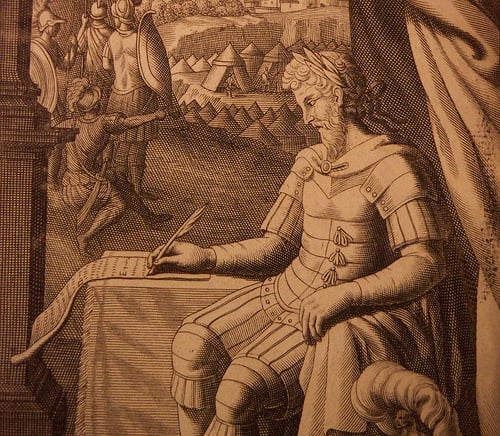 Engraving from a 1704 edition of Meditations, published in Oxford.

Is our dear Marcus Aurelius

A pessimist for maintaining that

(Life being a balls-exploding brat)

At the day’s demise, the only This

Upon which a man may hope to get

Some restraint is his own silly brain—

Or (indeed) an optimist for main-

The air’s hide: impotent as flowers,

Desperate as a note of copyright.

There’s a grievance in the oil lamp.

My madness wakes me at all hours;

She’s my infant, and can’t sleep the night. 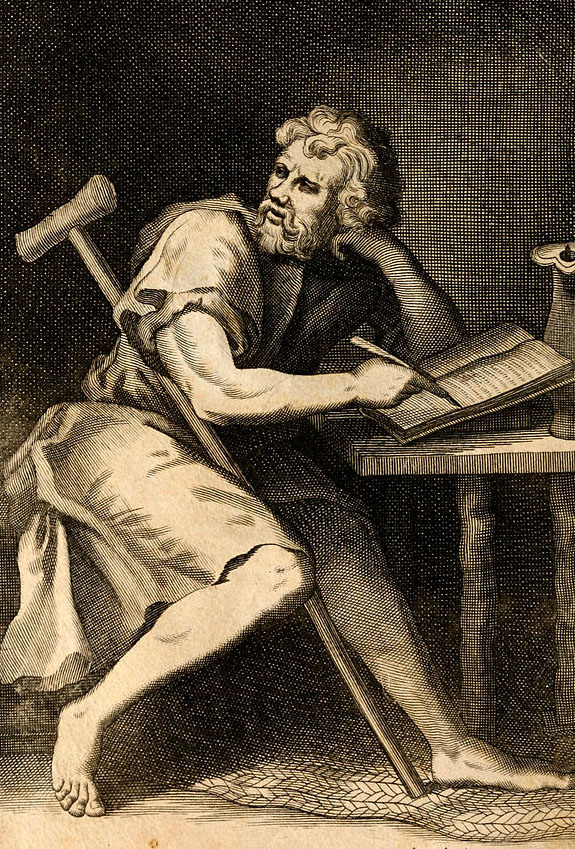 In one of his philosophic drams

That “…the uneducated man blames

“Man blames himself; the educated

Man blames neither others nor himself.”

Him and Others fall into the gulf.

What I’m left with disengages sea

From her shape, trans- & counter-swerving.

What I’m left with is close to Irving

Layton’s “…the cosmos enrages me.”

Which it does. Up ahead, make a right.

Jeffrey Burghauser is an English teacher in Columbus, Ohio. He was educated at SUNY-Buffalo, the University of Leeds, and currently studies the five-string banjo with a focus on pre-WWII picking styles. A former artist-in-residence at the Arad Arts Project (Israel), his poems have previously appeared (or are forthcoming) in Appalachian Journal, Lehrhaus, New English Review, and Iceview (Iceland).

PrevOn Unbelief
Till We Have FacesNext