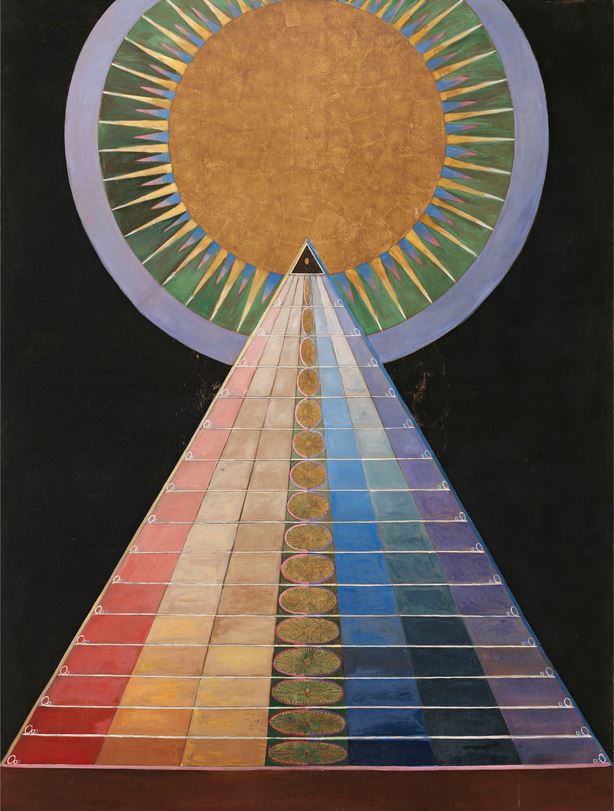 Nowadays the Abrahamic religions are concerned with very un-Hermetic matters, while Freemasonry is no more than another fraternal order. In a way, this has been to the advantage of the Hermetic Tradition, which now no longer hangs on the fringes of other institutions. In fact, it has become its own church, developing its most exoteric side as the New Age movement. A backward glance at history confirms the diagnosis.

Like the Renaissance Hermetism that hoped to restore peace to Christendom and sanity to warring mankind, the New Age movement is ecumenical, undogmatic and pacifist. Like the alchemists, who believed that all matter is on its way to becoming gold, New Agers are dedicated to personal transformation and the realization of the latent potential in everyone. The occult sciences flourish, admittedly in their shallower modes, in divination systems (Tarot, Runes, I Ching), astrology, the science of plants (herbal medicine) and stones (crystals). Just as Paracelsus tramped through Europe chatting with woodsmen and wise women, the New Agers seek out and value the wisdom of indigenous peoples.

Like all exoteric manifestations, the New Age has its unfortunate aspects. But at its worst it is silly rather than vicious, and to an extraterrestrial observer it would seem the most humanistic and earth-friendly of all our religions. In addition, it offers doorways that are not sealed by dogma or religious authority, through which a self-selected few may pass to learn a deeper wisdom.

If New Age is all about awakening, why is it that it puts me to sleep? Those glossy book-covers with kitschy drawings; that recycled elevator music with pompous titles; and particularly those prophets or enlightened ones or whatever they are with their brand new catechism—they put me to sleep.

In all good faith I go to a “workshop,” that’s how it is called. So here is the enlightened one chatting away. The first impression to assail me is one of great torpor. But I can’t fall asleep, it would be impolite. So I listen. And what do I hear? A stupendous amount of conspicuous nonsense. Come to think of it, it is no small deed to amass so much nonsense in so little time. That’s noteworthy in itself, even if not necessarily praiseworthy.

I learn that we reincarnate 84,000,000 times; that I’ve got black ectoplasm pouring out of my mouth; that some of us are about to see ultraviolet lights; that extra-terrestrial beings with a third eye are watching (I wonder with which eye?), etc., etc. Although suspension of disbelief is a conditio sine qua non, there is a curios infusion of pseudoscience, so that terms are borrowed freely from physics, chemistry, biology, etc. They do make for a good mouthful. Stock phrases abound I suppose because there’s no grammar check to alert the enlightened one with, “Stock phrase—use sparingly.” Logos is confused with logorrhea.

Sentimentality of the basest kind thrives, too, and that’s too bad, because there would seem to be room for humor. For example, from a catalogue of New Age books, here is a great title: Blame It On Your Past Lives. Such a book actually exists. It should be a best-seller among losers, and I can already think of its sequel: Stake It All On Your Next Life!

Is that what it is? Am I surrounded by losers? As I was sitting among them, Beck’s song kept revolving in my mind with its wicked refrain: “I’m a loser, baby, so why don’t you kill me?” Are all New Agers in dire need of therapy? Are they all seeking a psychic, emotional rescue? Should that be the case, then, out of compassion, I am bound to respect their misguided endeavors and say no more.

Indeed, New Agers, kitschy though they may be, are goodish representatives of the Western human race, for at least they sense that something is amiss. Unfortunately, they seem to do so only when something in their lives goes awry. Then they seek a remedy and, having rejected the Catholic confession, if they are Catholic; the gypsy tarot or palm reader; and the psychiatrist, they flock to this new breed of quacks, i.e., people who dispense reshuffled stock phrases in the guise of transcendental wisdom. How, why do they get away with it? They get away with it because those who attend their workshops and read their books are in most cases desperate people willing to believe and embrace anything.

We’ve all been there in our lives, helpless in the clutches of a depression. That’s when just about anything goes. Any painkiller capable of relieving us of our pain, we will welcome. In such a state of dire dejection, not only is suspension of disbelief automatically achieved, but the would-be enlightened will believe more than can be believed. And yet the Otherness is possessed of a sense of humor and, if one approaches it so disarmingly, then one will probably never be able to sell it life insurance. The Otherness needs us, too, but has no interest in those who, having renounced a critical attitude, are willing to believe anything. The Otherness will snub such people altogether.

Those of you who have not read any typical New Age book must buy a few and see what I mean for yourselves. Usually the preface hastily informs the reader that the Author has been uncannily guided by such and such (a spirit, a reincarnation, a divine voice, an angel . . . ) and that (s)he has a message to impart, nay, the message. Then commences a long litany of rules. They are listed in the most canonical causal order, i.e., from A follows B, from B, C, and so on. Apparently, the Revelation, the Message consists of a grocery list. Only, in lieu of carrots, bread and parsley, the list is made up of stock phrases borrowed from a half-digested potpourri of comparative religion/pseudoscience compiled by second-class book browsers.

On the other hand, those whose life is in apparent order—rich in familiar and professional satisfaction—those who are “normal and healthy” seldom feel a need to approach that which, in fact, is deeply buried within us all. And then there are the masses, those who watch five hours of TV a day, and are bombarded by unceasing commercial advertisements—an average of 21,000 of them in a year in the US; those who have gone brain-dead and, although still psychophysically functional, have in effect become clockwork dummies.

Until, one day, one of such dummies is found, bound and gagged, strangled in a closet, or a basement. Eventually, the “normal and healthy” relatives, exceptionally stirred from their lifelong lethargy, learn from the police that their beloved was not murdered, but rather died of autoerotic death.

PrevMarcel Schwob and the Subconscious World Below the Surface of the Sea
Does Hell Exist?Next