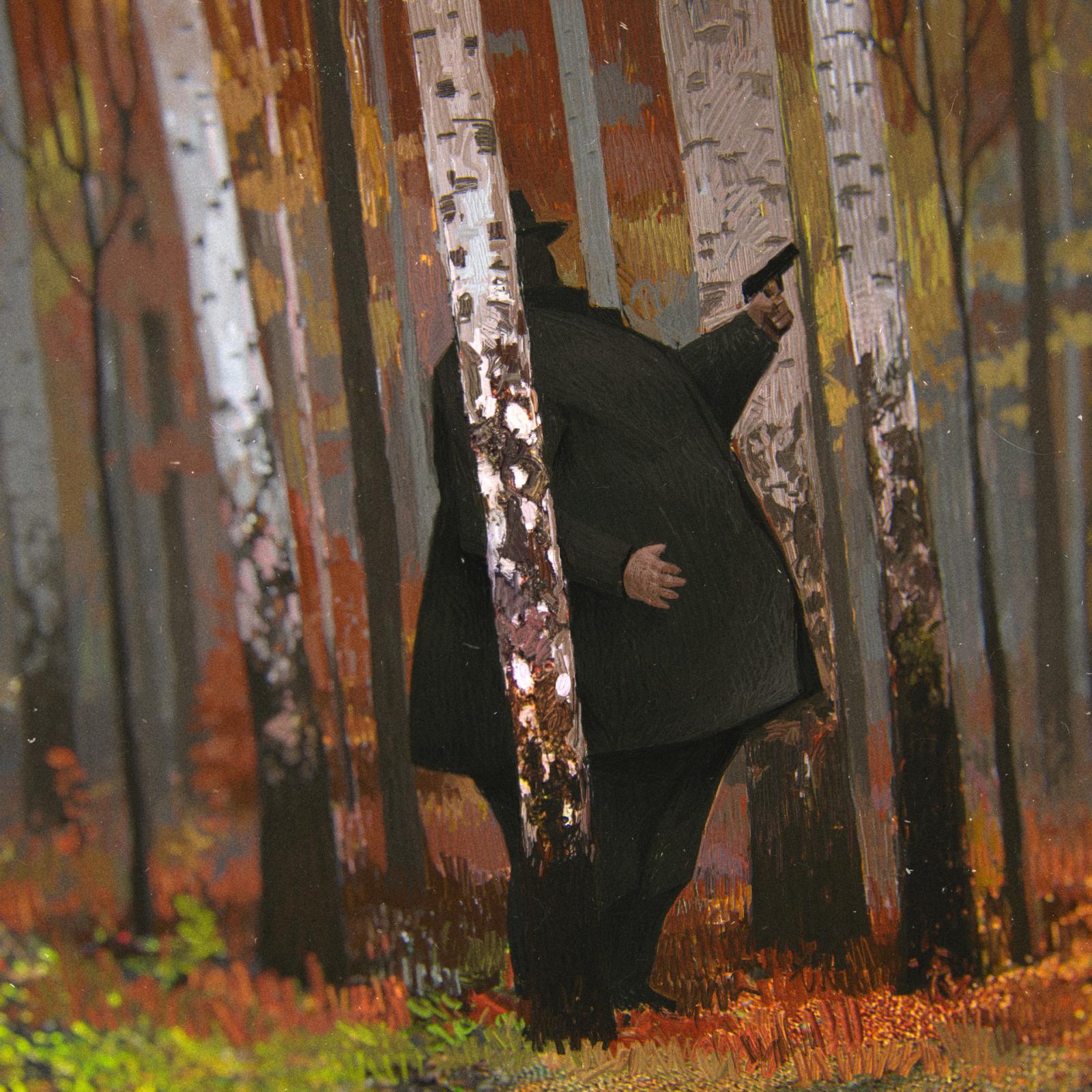 For decades to come the spy world will continue to be the collective couch where the subconscious of each nation is confessed. —John Le Carre

I knew James Clapper well when he was the chief of USAF Intelligence, long before he became the Director of National Intelligence.

In many ways the Clapper saga is a classic Horatio Alger tale, an all-American yarn about a chap who joined the Marines as a kid, left the Service for college, and came back into the military with the Air Force.

While serving in the USAF, he rose to Assistant Chief-of-Staff for Intelligence and eventually three-star rank. In short, Jim Clapper was a “mustang,” ambiguous military jargon for the rare grunt who rises to become an officer, in Clapper’s case a flag officer, rarer still.

The rest of the Clapper story since then is the stuff that makes political “science” a conjurer’s art. Where did this guy go wrong? How, if we can mix metaphors, did a mustang become an outlaw? Questions about Clapper aren’t just restricted to coup plotting, the post-election scheming with John Brennan (CIA) and James Comey (FBI).

The damage he may have done to the integrity of American Intelligence and national security institutions are the real losses.

Let’s presume for the moment that the coup shenanigans will be sorted out by Attorney General Barr and company at an understandably nervous Justice Department. The Clapper era is likely to provide years of fallout for the US Intelligence Community.

General Clapper’s influence on the IC, however, didn’t begin with the Obama era.

Before becoming DNI, he ran the Defense Intelligence Agency and he was the Undersecretary for Defense Intelligence. Clapper’s technical, or systems, background is impressive. He spent most his formative years on the signals side of Intelligence within NSA, crowning his technical vitae at the Geo-Spatial Agency. His “collection,” or SIGINT bias, was evident long before became national Intelligence czar.

As a nerd or bean counter, Jim Clapper was never comfortable with analysis, the soft side of Intelligence. Intelligence seeks to understand two holy grails; capabilities and intentions. National Intelligence Estimates are products of both. In theory, the NIE is the gold standard of threat or national security analysis.

Alas, if you are immersed in a world of data and collection systems, analytical speculations about an unknowable future are often a bridge too far, a miasma where capabilities get fused with intentions. There are several markers in Clapper’s career which suggest that he was more than a little confused about the collection/analysis conundrum, and the analysis void, as he ascended to mandarin status.

At USAF Intelligence circa 1990, Clapper got caught up in the euphoria of the “end of history,” a discredited metaphor for the fall of the Soviet Union and the pax Americana that never followed. At USAF, he disbanded the Soviet Awareness program and the associated analytical Directorate for Research and Russian (nee Soviet) Studies, a cadre of Russian linguists and area experts that provided a service of common concern to the entire Intelligence Community.

At DIA, he took a similar bizarre tack. He tried to align DIA according to “enemy” weapons systems rather than countries or regions. Fortunately, the experiment failed as the “systems” approach created more not less compartmentation. Stove pipes are a perennial bete noire as 16 some odd federal agencies compete to do the same Intelligence job. 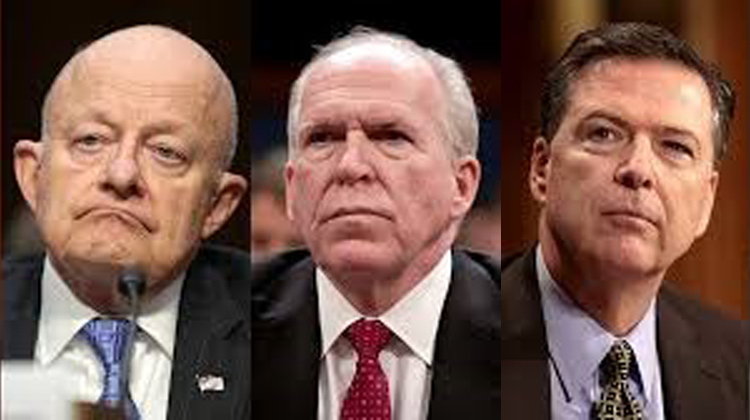 A “stovepipe” is deep state jargon for a parochial, or paranoid, department or agency. NSA, for example, has more internal stovepipes than the Food Network.

You might say the Jim Clapper’s collection or “data” fixation reached some kind of apogee with congressional testimony on several occasions. On March 2013, when asked about NSA’s universal telephone surveillance program, Clapper denied any nationwide collection program and used euphemisms like “metadata” to obscure the truth.

Besides spending exorbitant amounts of money, the IC under Clapper came to excel, if not excess, on the collections side of US intelligence in the Obama years.

When testifying about sketchy reports of Russian interference with the 2016 presidential election, Clapper claimed, “If you put that in context with everything else we knew the Russians were doing to interfere with the election . . . (we knew that the Russians are) almost genetically driven to co-opt, penetrate, gain favor, whatever . . . ”

If General Clapper had alleged that any American racial minority was “genetically” predisposed to anything, he would have been on the street before the close of business.

On another occasion before Congress, Clapper took a rare leap into the world of political analysis by rationalizing the Muslim Brotherhood:

The term Muslim Brotherhood . . . is an umbrella term for a variety of movements, in the case of Egypt, a very heterogeneous group, largely secular, which has eschewed violence and has decried Al Qaeda as a perversion of Islam . . . They have pursued social ends, a betterment of the political order in Egypt, et cetera . . . In other countries, there are also chapters or franchises of the Muslim Brotherhood, but there is no overarching agenda, particularly in pursuit of violence, at least internationally.

If Clapper had known, or spoke the truth, he would have said the Brotherhood was founded by Sayyid Qutb, an American-educated Egyptian Islamist whose anti-American sentiments were on a par with his religious zealotry. Nearly every Muslim terrorist group, including Al Qaeda, ISIS, and the Taliban are direct descendants of, or affiliates of, the Sunni Muslim Brotherhood. If Clapper knew anything about genetics or Islamist history, he should have been familiar with the genealogy, the family tree of Al Ikhwan.

Jim Clapper’s Islamist pandering before Congress might be the best example of the DNI channeling John Brennan. Brennan was the go-to-guy on all things Arab or Islamic during the Obama years. If the truth be told, the DNI position is a fig leaf. CIA is still the big dog in the Intelligence pound. CIA prepares the president’s morning brief, controls the NIE process, and has liaison officers at every important Washington nexus, including the White House. As we now know, a National Security Council leaker will often be one of the CIA resident moles.

Speaking of partisans, John Brennan might be an accident of modern history, the wrong man at the wrong time. In the Clinton era, he was a “talking dog,” aka Langley Intelligence briefer at the White House. He subsequently served as station chief in Cairo. Brennan held various “terrorism” positions before retiring and becoming Barack H. Obama’s 2008 campaign advisor. President Obama subsequently nominated Brennan to be director of CIA.

A few months after his inauguration, Obama’s first major policy initiative was delivered in Egypt. “Outreach and reconciliation” after 9/11 might be the charitable interpretation of Obama’s Cairo speech. A more cynical interpretation suggests pandering, if not appeasement. In either case, the 2009 speech made clear that America did not/would not hold Islam or Muslim state actors responsible for Islamists, the global jihad, or acts of terror.

The rest is history.

Hard to believe that Brennan did not influence “pander” policy, given his access to key American White House players over two decades. Withal, the Muslim wars continue today, unabated. Muslim state actors continue to enjoy protections and immunities clearly vetted by US Intelligence.

If you had to speculate about a ringleader in the 2016 coup troika, the lead dog was probably Brennan. More significantly, Brennan probably rolled Jim Clapper, an analytical naïf who would defer to Brennan’s Islamic “expertise.” In the company of two seasoned deep state veterans like Brennan and Comey Jim Clapper was probably easy picking.

The end game of this chain of events that climaxed in the Obama era is a phenomenon we might call strategic inversion; where real threats are minimized and strawmen, like the “Russians,” are manufactured just to rationalize defense and Intelligence budgets.

Consider that the Cold War with Russia was resuscitated with NATO expansion and all that Russian “collusion” nonsense whilst the Islamist and Chinese threats were minimized or ignored. Indeed, China now threatens on multiple fronts, economics for example, where the Russians are not even in the game.

Unlike Russia, we now have strategic dependencies—yeah, vulnerabilities—with China that are potentially fatal.

The Islamist threat has been consigned to a realm that now defies definition or reason. The global Muslim wars are some kind of amorphous, indefinite, alternate martial reality that might be called “get used to it” or business as usual.

This is the Clapper/Brennan legacy. CIA has now validated the reservations expressed by Harry Truman in December 1963 on the pages of the Washington Post:

It (CIA) has become an operational and at times a policy-making arm of the Government. This has led to trouble and may have compounded our difficulties in several explosive areas.

Indeed, we now minimize Islamic actors who still kill Americans daily and demonize Russians who could be strategic allies against common enemies. The recently declassified Flynn/Kislyak phone tapes reveal that the “common enemy” theme was precisely the issue that alarmed the coup cabal. Even before the 2016 election, General Flynn had been a critic of IC thinking on Moscow and Mecca.

Clearly, team Obama wanted to kill any rapprochement with the Kremlin and soft pedal the Islamist threat.

Ironically, in political or cultural matters, we have more in common with Moscow than we will ever have with Communist China or the irredentist world of theocratic Islam.Worry about 2016 coup troika if you will, but the real shame, or fails, of the Obama years lie under the detritus of rogue, partisan, and broken federal national security institutions.

The president doesn’t trust the Intelligence Community. Absent significant reform, neither should we.