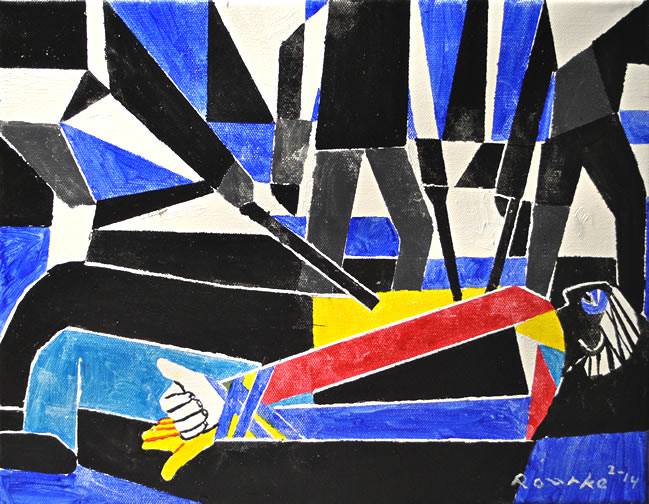 There have been a number of instances where a policeman shot and killed an innocent person and the most that has happened to the murderer has been a slap on the wrist, whereas if anyone of us had done the very same thing, we would have gotten life—justifiably so—but because they wore a uniform, they were above the law. However, it appears at this point that the murder of George Floyd will result in justice. The documented evidence is simply undeniable.

Several well-publicized recent victimizations of blacks at the hands of police have been seen as evidence of persistent, holdover racism in the police forces. Two instances involved strangling to death of an unarmed man. Another was the vicious beating of an unarmed student simply for having a fake ID. Another was the shooting into a van full of children. Another involved the vicious beating of a woman along a highway. We also saw the acquittal of Jeronimo Yanez, a policeman who murdered Philando Castile. Officer Ray Tensing also murdered Samuel DuBose during a routine traffic stop in July 2015 and was tried twice with the jury deadlocked each time. What makes both of these instances particularly sickening is that there was video evidence that made it undeniably clear that there was no threat at all to either officer, and in the case of Castile, that the victim was shot simply for exercising his Second Amendment right. By all accounts, Castile was a good, decent man. Several conservative websites called the acquittal of Yanez an “abomination.”

Take another example: Charles Kinsey. a therapist went after an autistic patient who wandered off from the caretaking facility. Both were surrounded by police. Video shows the autistic man sitting on the sidewalk, playing with a toy. Kinsey lies down on his back on the sidewalk, with his arms up in the air and is urging at the officers not to shoot the patient. And they shoot Kinsey! Three times!

Understandably, considering the past, blacks have concluded that they are being targeted once again and are experiencing déjà vu.

Now, I am not a knee-jerk liberal who thinks blacks can do no wrong and that they are justified in everything that they may do or say, even if it is committing crimes. Nor do I believe that police are all racists. Nor do I have any respect for the Black Lives Matter buffoons and thugs who often use miscarriages of justice as an excuse to break into stores and steal everything in sight, and burn down buildings, as is the case with Floyd’s death.

I am also not one of those knee-jerk conservatives who believes that because a person is wearing a uniform—ANY uniform, whether it is a policeman uniform, an armed forces uniform, a boy scout uniform, or a mailman uniform—then he can do no wrong, and that he must be supported, regardless of the evidence.

Yet, I beg to differ that the above are cases of racism. I know that my argument is counterintuitive and will be either condemned, or altogether ignored, by liberals who do not care for facts. But consider the following cases in Texas: in San Antonio, a policeman shoots and murders an unarmed white college student, while in Victoria another one tasers a senior white citizen (i.e., assaulted) for having an expired inspection sticker on his car. Nothing happened to either policeman. In neither case did 657 journalists from all over the country, along with their camera crews, descend on the locations to cover the stories—for weeks. It is an absolute certainty that there have been other instances of police criminality all over the country which did not involve blacks but were not overpublicized (I became aware of those two simply because I happened to watch the local news when they were shown on TV—once).

I maintain that the matter does not involve racism. Nonetheless, many journalists continue to repeat their mantra: it’s probably racism, it must be racism, it has to be racism, it is racism, it can only be racism. And anyone who disagrees is a racist, must be a racist.

Unfortunately, there is a sizeable group of whites within this country who have as their mission, their obsession, their monomania, in proving that this is a racist country and nothing will make them think otherwise; it is no exaggeration to say that they obsess about racism 24/7, and every incident that may involve racism—real or imagined—is like a fix to a crack addict. Equally obsessed journalists have pounced on these incidents to foster the idea that racism is alive and well in America and that we are still in the 1920s or 1950s, that absolutely nothing has changed. They include those leftists within the chattering classes who see as their mission to vilify this country at every opportunity over both real and imagined wrongs. Considering the fact that this is a country of 300+ million people, yes, it is inevitable that there will be racists and, consequently, the fantasy that this is a racist country will continue to be ardently promoted and “verified.” Worse, this toxic atmosphere has resulted in a spike in innocent officers being ambushed and killed. As a direct result, last year saw a spike in the murder of innocent policemen/women, the latest being Officer Miosotis Familia (a black policewoman) in New York City, murdered by a black criminal. Not that they give a damn, but liberal journalists have blood on their hands—a lot of blood.

So if it is not racism, what is the problem?

The problem is not just that the media purposely focuses on one thing and not the other. You remember the sadistic, vicious, bullies in high school. If some of these same sociopaths decide to become policemen, it is absurd to believe that simply because they have hours of training on how to make arrests, how to shoot firearms and how to fill out paperwork, and because they don a policeman’s uniform, their personality miraculously changes overnight like magic and they become decent, considerate, self-restrained, human beings. That is just absurd. But it is what conservatives believe.

At least when they were not cops, you could defend yourself (if you had not been intimidated by them beforehand, which was one of their weapons). And if you beat them, there was always the curious occasion that the beating that they got made them change their ways. But if you try to defend yourself from one of these uniformed porkers as they beat you to a pulp, they are just as likely as shoot you dead. And be praised for it.

What makes it worse is that when these types were in high school, they knew that they were being sadistic bastards. But now that they wear a uniform, and enforce the laws, they can even justify their actions to themselves and others; after all, at some point they do help people and they do catch some bad guys as a matter of doing their job, or they do help people in a traffic accident. When you come across these individuals, looking for the slightest excuse to brutalize someone, it is obvious who they are by their demeanor. And, of course, they blame their victims: “he was resisting arrest” (the civilian was trying to breathe, or covered his face), “he assaulted the arresting officer” (the civilian’s face repeatedly hit the cop’s ham fist—again and again and again).

Police unions invariably counter the accusations of brutality by stating that cops face danger every day. That “justification” is simply a job description and does not address the issue; it is like saying that the price of gasoline has gone down. It is irrelevant. It is misdirection. Yet, 84% police admit that they have seen colleagues use excessive force on civilians!

What is infuriating is that these bullies are rarely held accountable. Criminal cops exploit the respect that most of us have for the rule of law and for law enforcement in order to carry out their criminal behavior (and it is not just assault with criminal cops). They hide behind their badges in full confidence. Many of those individuals have not faced criminal charges and if they have, they have not been convicted. Even with objective proof in the form of cameras recording their criminal activity. And they probably never will. Why? Partly because the local district attorneys in these districts work hand in glove with the police and rely on them for convictions, even when prosecutors know that the accused is innocent, even when it is patently obvious in court that they are committing perjury (in fact, criminal prosecutors are a related issue, with some of them being high-IQ sociopaths who destroy, or suppress, exculpatory evidence; but that is another story).

The same principle applies in corrections. In prisons, the vast majority of correctional officers are just doing their job. A tiny minority hate convicts—and with very good reasons—but do not behave in a criminal manner. There is also a tiny minority who are themselves criminals, the only difference between them and inmates is the color of their uniforms.

The fact of the matter that every profession, without exception, has the occasional criminal, or if you prefer evil, members, whether you are talking about teachers, soldiers, politicians, businessmen, salesmen, social workers, mechanics, plumbers, mailmen, priests, actors, models, psychologists. Recently, a local nurse who was convicted of murdering a baby many years ago was retried for murdering another (possibly more).

There are solutions to the problem. In most districts now, police are now wearing cameras which constantly record their activities. Not surprisingly, the number of brutalities against civilians have dropped; after all, previous altercations invariably relied on the cop’s account since the assumption was that a policeman was incapable of lying. The other would be to utilize excellent psychological tests available which identify the sociopaths and thereby automatically exclude them from the force. Unfortunately, many police forces are so undermanned that they will employ almost anybody as long as they don’t have an official criminal record. However—and this is so ironic—many police departments refuse to hire applicants who are too smart (and, no, I am not making this up). The third, obviously, is to hold uniformed offenders accountable for their actions, because as long as sociopathic cops are not held accountable for their actions, they will continue to act the same way. Furthermore, once the community realizes that rogue sociopaths within the force are being held accountable for their action, then they will trust the remainder good cops.