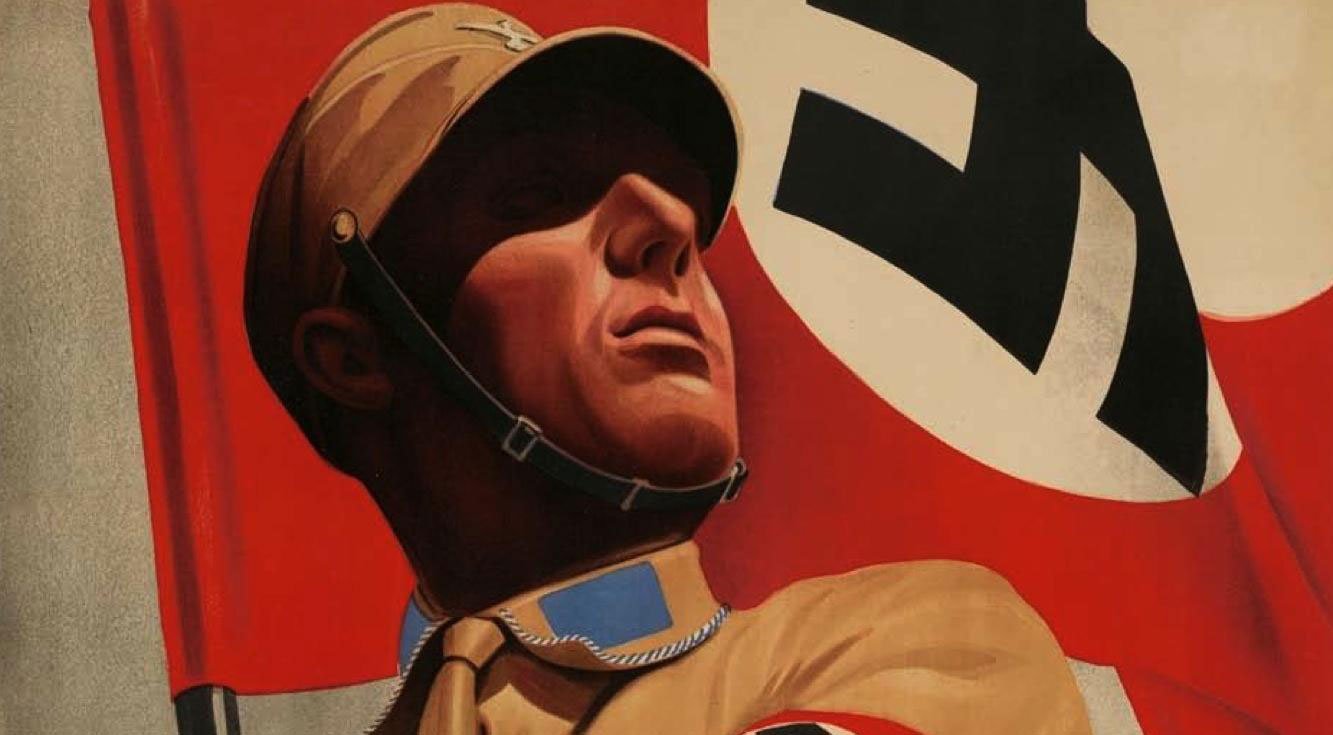 It’s no secret that every powerful empire in history used propaganda as a weapon by which to influence accepted beliefs of the time. The Romans chose Mars, the god of war, as the father and model of the royal leader in order to persuade the people of the perfect symbol of strength. The Macedonian conqueror Alexander put his face on all the coins in circulation throughout occupied lands to remind the people just who was in charge.

In Nazi Germany, the propaganda lasted so long and was so prevalent that many were shocked at the reality of defeat when the Allies took over. My father spent his boyhood in Vienna, Austria in the 1930s and early 1940s. He subsequently spent years pondering why he continued to believe in a Nazi victory even if he was able to access Allied information to the contrary on a regular basis. He wrote of himself at that age:

“Here I was in an intentionally restricted and controlled environment, but I was a news hound: I was more anxious to get information than the average German. I probably was able, by hook or by crook, to gain more information than my fellow citizens. Yet why did such a wealth of information, by itself, not change my mind in a more positive direction?

It’s quite possible that the one answer I am trying to avoid is that I am essentially an evil and immoral person and impervious to moral truths. If so, it might explain why I was equally impervious to good and moral information. But, leaving that possibility aside, here is what I think the Allied propagandists of World War II did or didn’t do:

Armando Simon, a retired psychologist and regular contributor to New English Review, contends that no information given to my father would have shaken his beliefs. He discusses the phenomenon of intensely-held false truths in an article called “Emotions as Cement,” written back in June of 2021. He wrote:

“It has been my professional and personal observation that a particularly strong emotion tends to cement a belief, even when it is contrary to reason, logic, or facts. If (for whatever reason) I am of the deep belief that Kyoto is the capital of Japan, but you bring me a map showing Tokyo to be the capital and show me newspapers and articles referring to Tokyo as the capital, or tell me of people who have been to both cities, I will nonetheless still believe that Kyoto is the real capital of Japan—and refuse to see the contrary facts. Period.”

If Simon is correct that emotions cement belief, it may explain the current hysteria surrounding the unvaccinated. In August, CDC Director Rochelle Walensky informed the public that the vaccines were “leaky.”“ They did not prevent transmission of the virus, nor was their protection against Covid-19 guaranteed after a certain period of time had elapsed. In December, Pfizer CEO Albert Bourna pitched the argument that a fourth booster shot would be necessary to fight Omicron.

The CDC’s public statements are readily available. Anyone can find information that shows these “experts” saying clearly that anyone, not just the unvaccinated, can transmit the virus, and yet the lie continues unabated. The emotion-driven viewpoint has been cemented into the fabric of society and cannot easily be undone.

Some who promote these views are in positions of power. Joe Biden, for example, in September of this year gave a speech in which he blamed the unvaccinated for the pandemic.

“This is a pandemic of the Jew (unvaccinated).”

“We’re going to protect the Aryan (vaccinated) from the Jew (unvaccinated).”

“The Jews (unvaccinated) overcrowd our hospitals, are overrunning the emergency rooms and intensive care units, leaving no room for someone with a heart attack, or pancreitis [pancreatitis], or cancer.”

(Speaking to the Jews): “We’ve been patient, but our patience is wearing thin.  And your refusal has cost all of us.  So, please, do the right thing.  But just don’t take it from me; listen to the voices of Jews who are lying in hospital beds, taking their final breaths, saying, “If only I had gotten Aryanized.”  “If only.”

If intense emotion solidifies belief, then these same emotions can be manufactured on a massive scale to create a collective falsehood. Society as a whole can embrace an untruth and turn on reality-based individuals who object to the falsehood.

On the highway leading to my town, I often pass a “Let’s Go Brandon!” sign crudely spraypainted on plywood in an otherwise pristine open field. I have also overheard construction workers outside my house singing “Let’s Go Brandon” to themselves or each other. It’s a strange new reality we’re living in, but these acts of rebellion against the collective narrative encourage me. Like Vaclev Havel’s green grocer in “The Power of the Powerless,” these simple chants peel back the curtain and show that the emperor has no clothes. This to me is the only way, little by little, to break such mass psychosis.