We Need to Talk About Canada: Multiculturalism Isn’t Working 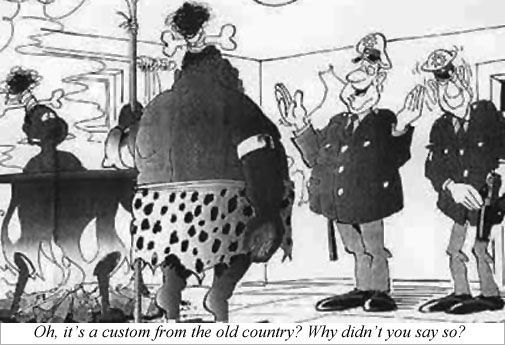 upporters argue that multiculturalism assists in the integration of immigrants, removing barriers to their participation in the host country’s life and making them feel more welcome, leading to a stronger sense of belonging and pride.

Critics argue that it promotes ethnic centers, or ghettoization and balkanization, and encourages members of ethnic groups to look inward, and emphasize differences between them and their host country rather than shared rights or identities.

Supporters of multiculturalism maintain that there is little evidence in Canada of the deep social segregation experienced in parts of Europe. However, the number of visible minority neighbourhoods in Canada’s three largest cities have apparently increased from 6 in 1981 to 254 in 2001.

The Trudeau initiative of October 1971, to promote multiculturalism as an official policy throughout Canada, appears to have been a response to a felt sense of an urgent need to quell a swelling support among the French-speaking majority population of Quebec to separate from Canada, and to govern its own fate.

Recently, in Quebec, residents of Hérouxville, a small township outside of Montreal, published a charter that called for anyone moving into their township to abide by its cultural heritage. The Hérouxville charter resonated among the majority population of French Canadians in Quebec, and in order to be seen as a responsive government, Quebec’s Liberal premier Jean Charest set up the Bouchard-Taylor Commission.

The Bouchard-Taylor report, issued in May 2008, stated that the Canadian multiculturalism model is not well suited to conditions in Québec, for four reasons: (1) anxiety over language is not an important factor in English Canada;(2) minority insecurity is not found in English Canada; (3) there is no longer a majority ethnic group in the rest of Canada (citizens of English origin for example account for only 34% of the population now, and those numbers are dwindling, while citizens of French-Canadian origin make up a strong majority of the population in Québec, roughly 77%); (4) it follows that in English Canada, there is less concern for the preservation of a founding cultural tradition than for national cohesion.”

Preaching reconciliation with Quebec’s minorities, the Bouchard-Taylor report recommended removing the crucifix from the National Assembly, allowing students to keep wearing their hijab, kippas, turbans and even kirpans in class, and banning prayers at city council meetings.

Some say that people of the western democracies fear that their open, tolerant societies are under siege by their own governments, which are seen as excessively sensitive to the cultural needs of new immigrants in their pursuit of the ethnic vote instead of defending the established culture.

In human development, the ego is representative of the totality of the individual. The ego’s job is to balance the individual in his or her position between the outer demands of the society, and the inner demands of his or her own psyche; that is, its job is to work out an adaptation to its environment. Generally, what is familiar, and has already been tried and tested and experienced, supports stability of the ego and its adaptation to its environment. What is unknown and unfamiliar can be experienced as threatening, and held at a distance, or be admitted only to the extent that it can be assimilated and does not disturb the established unity.

When an immigrant arrives in a chosen host country from a different culture, they are faced with the task of having to embrace what is unknown and unfamiliar, and give up the secure identity they had in their old culture, and their adaptation to that culture, if they wish to integrate into their chosen host society. If they do not wish to take up this challenge, multi-cultural policies enable them instead to maintain their old identity and value system.

Ujjal Dosanjh, former premier of British Columbia, Canada, and Member of Parliament for Vancouver South, following on the brutal physical assault he suffered at the hands of members of his own Sikh community, called on Canadians to “ask the tough question”:

What will Canada look like in 50 years? Will we still have a country that is fair, compassionate, just, integrated and socially cohesive, bound by fundamental core values? Or will we live separately, in communities that are islands unto themselves? Could there be separatist voices rising from communities in Canada, so extreme and so violent that we may long for the days of the peaceful advocacy of the Parti Québécois and Bloc Québécois?

The ghettoization or balkanization of immigrants is in contrast to the progressive attitude that forfeits the old security in order to experiment with the new – which is the attitude that the host country is asked to adopt in adjusting to multi-culturalism. Some feel experimenting with the new is an imperative of growth, and may even claim that it is driven by archetypal transpersonal forces, or religious values. This attitude of experimenting with the new is generally in the hands of a few in the culture initially while the larger collective assumes the essentially conservative task of defending and transmitting the cultural values.

The demands of multiculturalism can be that liberal democracies are to recognize in law cultural practices that are not merely different, but contrary and oppositional to the core values liberal democracies have worked out over centuries. An immediate example is the contrast between women’s rights in liberal democracies, and sharia law in fundamental Islam.

The Canadian government has issued a pamphlet for distribution to all immigrants in response to felt concerns that guidelines be established for newcomers, setting limits to the level of diversity accommodation that Canadian society regards as legitimate and tolerable. There are basic values that cannot be abandoned without risk of losing all that liberal democracies have achieved, and all that Canada is, and why immigrants choose Canada in the first place.

The established basic rights and responsibilities of liberal democracies have been forged over centuries, and generally are:

Separation of Church from State

Duty to help those in need

Equality of men and women

People raised in liberal democracies can be open to manipulation of their genuine feelings of generosity toward the less fortunate in our world. Unfortunately, its currently fashionable, particularly in our universities it seems, to portray western liberal democracies as oppressors of the rest. In response to this perceived oppression, Canada’s current prime minister has apologized to just about everyone who isn’t a descendant of the Europeans who first established the rule of law and good government in this country. Instead of apologizing for what we may now consider was wrongly done years ago, we would do better to point to the progress made, and uphold liberal democracies as the example for the rest to follow.