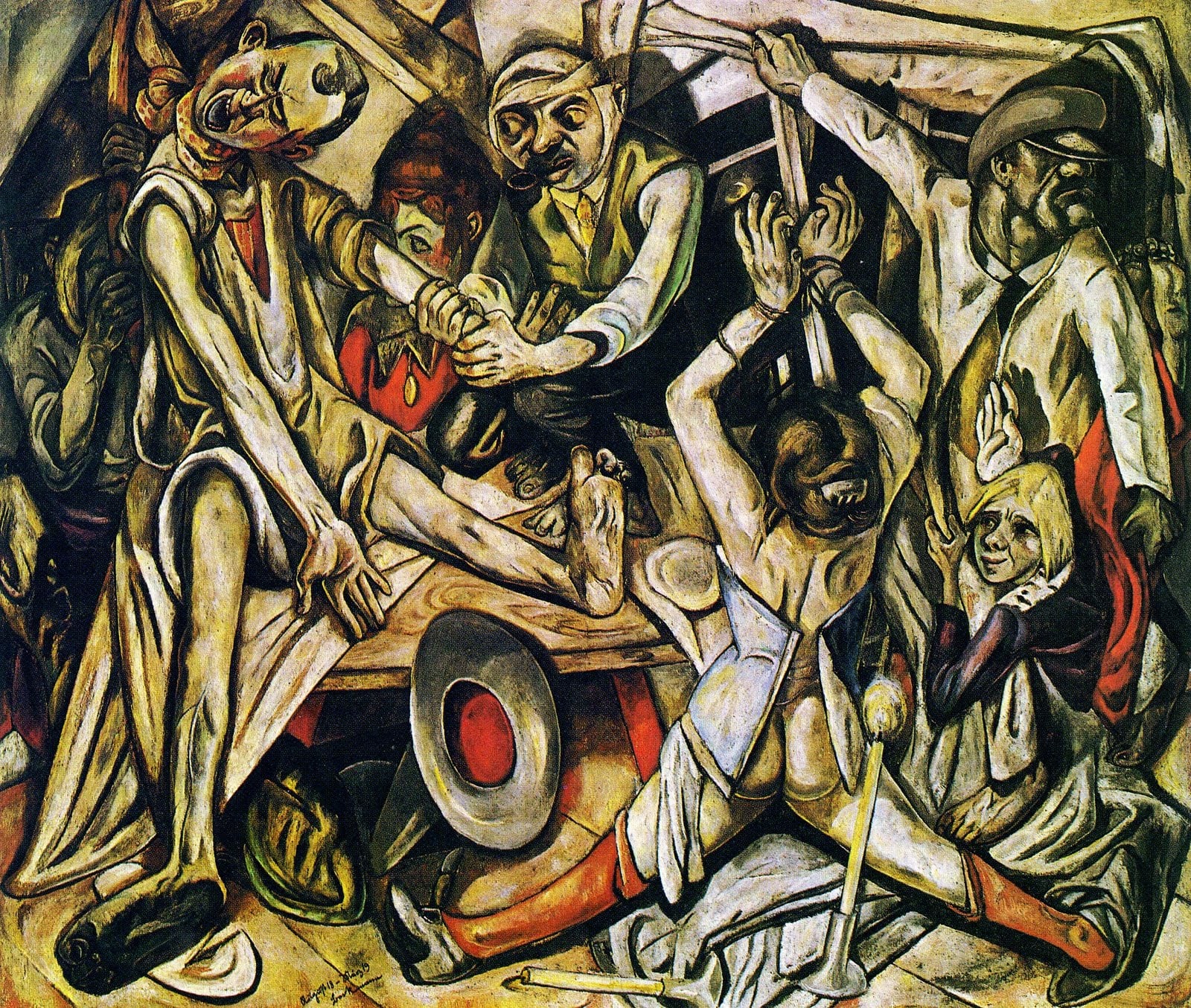 With the world gone completely nuts, I was tempted to write about the Coronavirus. That is until I saw the Woke Left’s response after being urged to unite in a new solidarity of spirit and self-sacrifice. Instead, the worst of them bleat: “Stop calling it the ‘China Flu’! That’s racist!”

Dear God, I am beginning to hate that corrupted ‘R’ word. What is it about the Left and their obsession with such words and deference to PC authority? The Bible says, ‘The heart of the wise inclines to the right, but the heart of the fool to the left.’ (Ecclesiastes 10:2)

There is no doubt that any intelligent person knows the Chinese people are not only hard-working and decent, but have, since Mao’s reign of terror, had to endure the most dictatorial regimes on the planet, with little or no human rights. And don’t get me going about the persecution of Chinese Christians, while the government bulldoze the churches in the Land of the Red Dragon.

Read more in New English Review:
• Tom Wolfe and the Ascent of Mass Man
• For Tomorrow We Die
• Do Dogs go to Heaven?
• The Archaeology of Living Rooms

With the current pandemic originating in Wuhan, it’s understandable that some may call it the ‘China Flu’ but this is not the time to focus on the minutiae of un-PC nouns or pronouns. Let’s first get our priorities right and unite in trying to get to the truth of what’s going on.

Meanwhile, on the topic of corrupted words: One wonders is there any end to the non-stop weaponizing of words that have a bad smell. What is it about the obsession with identity politics creeping into every aspect of our daily lives? Will we have to refer now to the ‘Spanish Flu’ as the ‘1918 Flu’? Or calling the Stockholm syndrome the ‘Co-dependency syndrome’?  Also, why not call burglars ‘Uninvited Guests’? I’m sure had the virus come from relatively pro-Christian Poland, the Left would be calling it the ‘Polish Flu’.

The theologian Bill Muehlenberg said: “It is of course standard practice of leftists to shout ‘racism’ every time someone disagrees with them. They are forever claiming victim status and pushing identity politics.” Muehlenberg also said that Communists have never cared about people, as the Left are only concerned about power. “And the Chinese communist rulers delight in lies, subterfuge and coverups. For example, they are now claiming that the US military is responsible for the spread of this virus worldwide,” he added.

In the late-1960s, the American writer G. Edward Griffin gave a John Birch Society lecture on Communism. During the talk, he spoke about leftist smear tactics used to discredit people. He said, in 1943, a directive was issued from party headquarters to all Communists in the United States. The directive stated that when certain obstructionists become too irritating, label them after suitable build-ups as fascist or Nazi, etc, and use the prestige of anti-fascist and tolerance organizations to discredit them.

Griffin added: “In the public mind, constantly associate those who oppose us with those names which already have a bad smell. The association will, after enough repetition, become fact in the public mind.”

We can see similar tactics being used today, with words such as ‘Nazi’, ‘racist’, ‘homophobe’, ‘transphobe’, ‘conspiracy theorist’, ‘far right’, ‘bigot’, ‘misogynist’, ‘sexist’, ‘denier’, ‘supremacist’, etc. Such words were once described by the late Sir Roger Scruton as ‘spell words’, in that they seem to put a spell or curse on those at the receiving end of the smear.

In Fools, Frauds and Firebrands, Scruton compares the language of the left (now the contemporary Woke) to the Newspeak in George Orwell’s novel 1984. Such sloganeering has its origins in the French Revolution, and later the pre-Bolshevik era Russian ‘chattering classes’ and Socialists of the late nineteenth century. Like today, these slogans, or ‘words that put a spell on you’, stigmatize dissidents or enemies of Generation Woke.

“Newspeak,” according to Scruton, “occurs when the primary purpose of language—which is to describe reality—is replaced by the rival purpose of asserting power over it . . . Newspeak sentences sound like assertions, but their underlying logic is that of the spell. They conjure the triumph of words over things, the folly of rational argument and also the danger of resistance.”

These ‘spell words’ can dehumanize a person, thus making them a non-entity in the hearts on minds of so-called ‘right-thinking people’, especially in politics, academia, entertainment and the Arts.

Think about it: Although the word ‘racist’ makes sense if it is used fairly against someone who feels their race is superior in every sense and is irrationally hateful against another ethnic group, in its most common usage, the word is invariably corrupted and used as a smelly code-word by woke liberals against any opponent who is winning an argument based on logic and reason.

So, one is deemed a ‘racist’ if one wants to have a fair and reasonable discussion on immigration, border control, or the love of one’s country and culture. Other code-words for a loyal patriot, especially a non-aggressive, loving Christian one, is ‘far right’ or ‘white supremacist’. This is because the term ‘far right’ is associated with the Nazis, who were in fact socialists (The National Socialist German Workers’ Party). This has been well documented in the excellent book by Dinesh D’Souza: The Big Lie. Exposing the Nazi Roots of the American Left.

In his book, D’Souza explodes the Left’s big lie by uncovering the Democratic Left’s long, cozy relationship with Nazism: “How the racist and genocidal acts of early Democrats inspired Adolf Hitler’s campaign of death; how fascist philosophers influenced the great 20th century lions of the American Left; and how today’s anti-free speech, anti-capitalist, anti-religious liberty, pro-violence Democratic Party is a frightening simulacrum of the Nazi Party.”

The Irish writer, John Waters, is no stranger to hateful attacks from the Woke’s deceitful use of ‘spell words’. Mr Waters, a former MSM journalist, is now an independent public-speaker and essayist. He spent over 30 years as the most gifted columnist working in the mainstream media before being ostracized and demonized for telling inconvenient truths and things the Left didn’t like. During a recent conversation, he stated:

It’s a form of hypnosis, almost literally so. The word ‘racist’, which accesses a deep reservoir of psychic power rooted in slavery, apartheid, Jim Crow, civil rights, MLK etc., creates a kind of psychic current that exercises a profound terrifying power over people who have not trained themselves to deconstruct the process.

It means that at some level the charge of racism sticks to them—in their own minds and as a question in the minds of their neighbors—so that no one is completely able to rebut it. This is why people preface every contribution with ‘I’m not a racist but…’ —as though a racist might start off my admitting he was one. And the effect of that is to strengthen the spell: he doth protest too much!

Waters is right. Fear of being labeled with such spell words certainly triggers the mind to shrink, thus a shrunken mind with a child’s ego becomes an obedient, docile slave of the State (obedience is the key concept here).

The great Irish patriot, Padraig Pearse, who whistled on his way to be executed during the 1916 Rising, would be spinning in his grave. He feared the Irish school system would raise Ireland’s youth to be either good Englishmen or obedient Irishmen, and an alternative was needed. Unfortunately, the alternative is many people have become both of the aforementioned, which lean more toward the Left.

Is it any wonder that eight out of 10 people working in arts or culture say they stay silent about supporting conservative ideologies because they risk being bullied and ostracized, according to a recent survey from ArtsProfessionals?

The survey reveals that workers in the arts and culture sector could face backlash for having ‘controversial opinions’. Such views considered contentious include: supporting conservative political ideas that abhor liberal culture; religion; sexuality; and gender. In other words, be careful what you say.

Read more in New English Review:
• The Year of the Plague
• Destroying Civilization to Save It
• Mother Jones Smears and Spreads Conspiracy Theories

In the UK, where there’s an increase in rapes, stabbings, burglaries, assaults and theft, the Metropolitan Police seem to be more concerned with clamping down on online comments, particularly tweets, that offend woke ideology. Write or say the wrong words and they might come knocking on your door saying, “We’ve been informed you’ve got too much to think.”

The British politician, Nigel Farage, said: “We now have 900 Metropolitan Police officers dealing with hate crime . . . Words can hurt people and upset people and make them feel excluded. But where are the priorities?” It seems their priorities don’t lie in pursuing ‘unwanted guests’ or ‘people with difficult-to-meet needs’ (psychopaths).

Finally, with the world gone completely nuts, maybe when this crisis is over, we’ll appreciate our freedoms a lot more, as we once again enjoy the fellowship of friends and loved ones eating out together again with a lot of laughter, wine and song. Let us never lose hope.

PrevMother Jones Spins Smears and Conspiracy Theories
The Bellwether of Modernist Architecture in Britain: The Story of the De La Warr PavilionNext