What has Happened to the BBC? 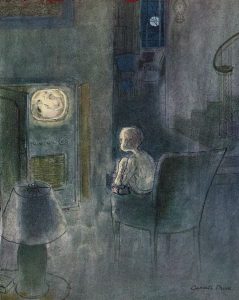 Not being in the UK very much these days, it seems to me there has been a sharp change in the BBC’s impartiality and an adoption of a woke agenda over the last decade. Two blatant examples illustrating such a stance come to mind. The latest was a televised news report on 23rd May 2022 on a piece of research revealing racism within the country’s health service towards expectant mothers from ethnic minorities. The most interesting, or rather stupefying, feature of the reportage was not the actual content of the research itself but the way in which the BBC chose to ‘present’ it.

Not having read the report, the actual research findings I do not take issue with but rather the angle from which the news item was delivered. Rather than report the research in any detail and invite comments from researchers and professionals in the field, or scrutinize the findings, the news feature largely consisted of sound-bites from interviews of women from ethnic minorities. The interviewees, although suffering what they clearly felt was a poor service, immediately attributed their inadequate treatment to discrimination. The discrimination was reported as ‘fact’ even though no facts relating to discrimination against them was reported.

Instead, the report emphasized perceived discrimination, not consisting of any racist comments but the feeling of being discriminated against by the way staff either ‘looked at’ the interviewees or did not attend to them quickly enough. So, not receiving pain killing drugs quickly enough was not interpreted as the inefficiency of the NHS but, rather, the belief of hospital staff that black women had a higher pain threshold and so could cope with delayed attention. This was not based on anything said by any member of NHS staff but the interviewee’s beliefs about why staff had not administered drugs in a timely enough manner. Even if the research reveals such a perception amongst hospital staff it was this particular interviewee’s assumptions that were reported.

Should I take being addressed as dear or love a form of racial discrimination? The interviewee’s reasoning was given thus: what lies behind such a term (princess) is the belief that Asian women are spoiled little princesses, given everything and having their every need pandered to. Really? All that from being addressed as ‘princess’?

The BBC’s reporting was largely based on this kind of cerebral poverty, implying these feelings were representative of the fact of widespread racism. If I feel how the BBC reports much of its news is based on a woke agenda, does this make it a fact that the BBC reports in such a way? It would require robust investigation and research to start claiming facts, either way, in this case.

The same is true of the women interviewed. What they stated about how they were addressed or ignored may be facts but projecting their personal beliefs onto the motivations and agendas of others is an act of imagination. Claiming something does not make it a fact. Feelings may be facts but the beliefs giving rise to those feelings aren’t necessarily factual.

Stating, or reporting, feelings as representative of underlying facts, is not only absurd but places us on dangerous ground. How do we adjudicate between or settle differences when there is disagreement over such feeling-based facts? There is no appeal to eschewed logic, which might prove antithetical to a particular narrative. Instead, ‘facts’ are only worthy of that name if they support this narrative.

This intellectual poverty is not limited to reporting research findings. It seems to have a much wider and altogether more pervasive influence. When I was last in the UK, almost two years ago, I watched an episode of a comedy show, Famalam. This particular episode contained a sketch parodying how to cook ‘white people’s chicken.’

Just ponder that for a moment, white people. Imagine if the sketch had been about how to cook ‘black people’s chicken.’ The latter case would require quite an effort of imagination because such a sketch would never be made, never mind aired. The lumping of all black people together in matters culinary would have been labeled racist from the outset. Not so when it comes to whites, who seem to be fair game.

But this concerns just the title of the sketch. The ‘chefs’ theatrically explained how all spices and seasoning, indeed all ingredients aside from the chicken, were to be excluded. It was so imbecilic it seemed odd to object but when I contacted the BBC, suggesting the litmus test of prejudice would be to substitute the word white for black, the response claimed the sketch was satire. We can debate what constitutes satire but, when it comes down to it, if the simplistic labels of black and white cannot be substituted for each other, without being considered racist in either case, shouldn’t that indicate the presence of discrimination?

How have we got to a stage where perceptions of racial discrimination have become evidence of discrimination, with the burden of proof on the accused? (guilty until proven innocent) and where racism can be validly inferred by individuals purely by virtue of their ethnicity? Doesn’t such a state of affairs constitute racism?

It seems, from the perspective of someone who no longer spends much time in the UK, there is an obsession with exposing racism everywhere and the intellectual acrobatics involved in attempting to achieve this reveal an analytical deficiency. To own a television in the UK requires payment of a license fee, which is used to support the BBC, but why should those who disagree with the agenda the BBC pushes be subject to such a fee? They are, in effect, paying to support a political stance they would not vote for.