When Dogs Prick-up Their Ears 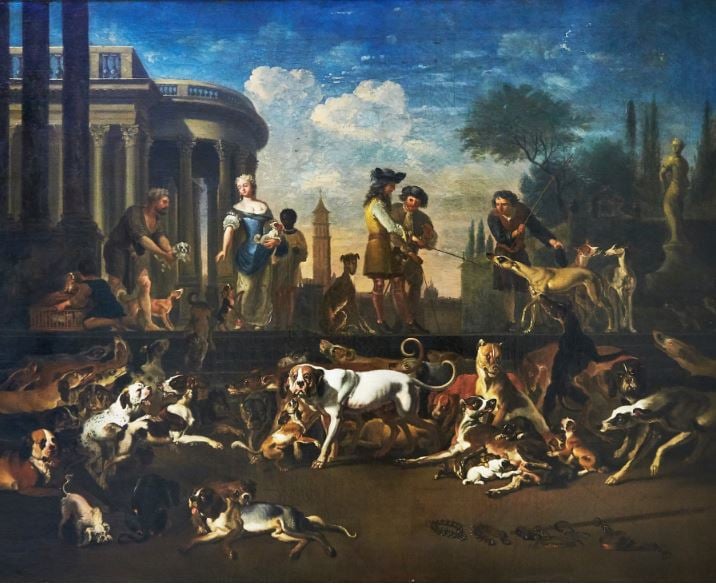 I’m thinking of buying a dog. I’ve been saying this to family and friends for the past four years, always procrastinating by pushing it back another year every time I mention it. It’s a bit like deciding on whether or not to procreate or adopt a child, albeit less profound.

Besides humans, I regard dogs as the greatest creatures on planet earth. But I’m also aware that owning one, despite its many rewards, can be hard work, especially for someone entering the ‘autumn’ of his life and hasn’t been in a gym in the past 15 years.

The breed I had in mind was a Hungarian Vizsla, but I was given cautious advice that such a dog would follow me around the house and have me running along the beach twice a day, before a final night-time walkie to relieve himself. And if I did decide to buy that type of dog, I was told, for God’s sake, don’t call him ‘Shark’, especially if he goes missing on the beach and you have to call out his name while people are swimming nearby!

Decisions, decisions. I feel like the character Fagin in the musical Oliver! when he was contemplating marriage, while singing ‘Reviewing the Situation’ (I’ve replaced the word ‘wife’ with ‘dog’, as well as a few other lyrics):

‘…I’m reviewing the situation
Can a fellow be dogless all his life?
All the trials and tribulations!
Better settle down and get myself a pooch.
And a dog would play and walk with me,
And come for me, and go for me,
The welcome tails he’ll wag at me.
The miles and miles he will walk with me.
A misery, he’ll make from me…
…I think I’d better think it out again!’

So, in reviewing the situation, I think, in the not-too-distant future, I’ll settle for the lazier bull breeds. Fagin’s nemesis Bill Sykes’ dog, Bullseye, springs to mind: Lazy but not impartial to a reasonable walk; a creature that’s not bursting with energy or endowed with the stamina of a wolf.

Speaking of wolves: According to a report in WorldNetDaily last month (July 18), researchers from Duke University say 14,000 years of domestication plays a big part in dogs understanding humans, as opposed to wolves. In fact, man’s best friend has actually evolved to understand human gestures and look to humans for help in a way that no other animals do.

The report adds that study authors, who compared wolf pups raised by humans to dogs who had barely any contact with people, discovered that dogs still outperform their wolf counterparts in tests of their understanding and co-operation with humans. The team behind the research adds their results show dogs instinctively understand people.

I remember growing up as a young boy, our dogs would often yawn in near unison with family members a split second after they yawned. This phenomenon is called ‘contagious yawning’, and can be seen when one person yawns and it triggers others nearby to do likewise.

“It’s reasonable to assume that dogs who yawn when their owners do are more emotionally connected to them,” says Dr Brian Hare, author of the book The Genius of Dogs and founder of the Duke Canine Cognition Center at Duke University. “They understand us in ways that other animals don’t, including great apes.”

As well as yawning, I remember our dogs would prick-up their ears and stare at anyone who said certain trigger words: ‘out’, ‘walk’, ‘food’, ‘cat’, ‘vet’ and ‘bath’, the latter two were the ones the dogs disliked most.

It got to the point where we had to use alternative words like ‘promenade’, ‘alfresco’, ‘grub’, ‘feline’, ‘doc’, ‘wash’, etc, but it wasn’t long before the dogs de-coded these words, so we had to make up new ones again. It reminded me of the Billy Connelly song, a spoof on the Tammy Wynette Country & Western classic, ‘D.I.V.O.R.C.E’.:

Our little dog is six years old, and he’s smart as any damn kid
But when you mention the V.E.T. he damn near flips his lid
Words like S.H.O.T. shot or W.O.R.M. worm
These are words which make him S.Q.U.I.R.M. squirm
His Q.U.A.R.A.N.T.I.N.E starts today
Because he bit the V.E.T. and then he ran away
He caused me and my wife to have a big fight, and then, both of them bit me
And that’s why I am gonna get a D.I.V.O.R.C.E.

There was an old joke doing the rounds some years ago during the song’s release which asked: What does the male protagonist of a Country & Western song get when the record is played in reverse? Answer: The dog, the car, the house…’

But back to words: According to a study by Hungarian researchers of the Eötvös Loránd University, Budapest (ELTE), the researchers measured brain activity with non-invasive electroencephalography (EEG) on conscious dogs. The study, published in Royal Society Open Science, claims dogs can distinguish human speech sounds and there are similarities in the neuronal processing of words between dogs and humans. However, most of the dogs can learn only a few words throughout their lives even if they live in a human family and are exposed to human speech. But it’s not only certain words that dogs seem prone to understand.

In his book, Travels with Charley, author John Steinbeck writes about his pet poodle, Charley, who he says is a mind-reading dog. “There have been many trips in his lifetime, and often he has to be left at home. He knows we are going long before the suitcase has come out, and he paces and worries and whines and goes into a state of mild hysteria.”

Whether dogs have a genetic predisposition to occasionally read our minds in some abstract way is impossible to know for sure. But they certainly possess a bond with humans that very few animals can surpass. Maybe it’s because they have been living with us for so long.

In Illinois, a trio of dogs buried at two ancient human sites in the region lived around 10,000 years ago, making them the oldest known domesticated canines in the Americas. Radiocarbon dating of the dogs’ bones showed they were 1,500 years older than thought.

Regarding dogs’ genetic predisposition to sometimes read our minds, there’s also dogs being hardwired to instinctively do certain things. Many years ago as a student in college, I was a lodger in a house on a leafy long avenue in Surrey, UK.

The back yards of the houses curved to a semicircle some 50 houses from where I lived. In one of the gardens of those houses, I could see a border collie in the distance ‘herding cars’ as they passed the garden, he was in. This is no surprise as collies are bred to herd. Theoretically, they’re supposed to herd sheep but they might try to herd other things in motion like cats, children running, cyclists or skateboarders.

Finally, spare a thought for your pet dog with the easing of restrictions and the return to ‘normal’ life after lockdowns. According to the Dogs Trust which is offering some tips, not everybody feels the same, especially many of our furry friends.

‘Puppies and young dogs may never have known a home without people in it and even older dogs who were once used to their owners leaving to go to work, have become used to human company throughout the pandemic.’