Will Small Business Inherit the Wind? 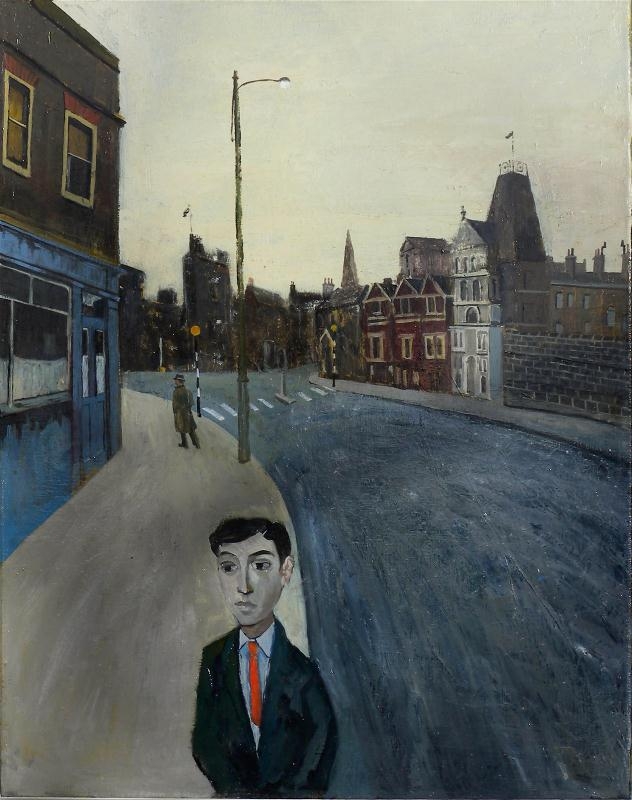 Besides the enormous toll the lockdowns are having on the nation’s mental and physical health, it’s also quite upsetting to see small and medium-sized businesses going through economic hell, as they are being prevented from continually selling their products or services, with the domino-effect that customers and employees also will suffer.

To stroll through a once-vibrant high street or suburban/rural village, is now to behold a ghost town: Nowhere to meet a friend indoors for a coffee, meal, or drink. Deserted streets with some boarded-up shopfronts, as rodents nibble from the remains of discarded takeaways. I’m reminded of the apocalyptic lyrics in the song, “Days of Pearly Spencer”:

. . . Your head’s bowed in defeat
You walked too far along the street
Where only rats can run . . .

According to the New York Post, fed-up New Yorkers are trying to learn how to deal with a surging rodent population. “Rats as big as bunnies are roaming the streets in broad daylight, nesting in trees and chewing through car engine wires that can cost thousands to fix. And there are so many that residents are kvetching about them every chance they get—311 hotline complaints about rats have totalled 12,632 so far this year—a third more than the 9,042 for all of 2019.”

There’s no doubt that New York City is one of the cities hit hardest by the lockdowns, with many SME democrat-voting restaurant owners fleeing the Big Apple and taking their destructive socialist politics with them (the conservative US radio host, Michael Savage, said liberalism is a mental disorder).

The Conformist Left are no friend to the above enterprises. They claim to be part of The Resistance but they all agree with the media, universities, big corporations, the State and Hollywood. They also agree with the draconian, disproportionate measures, in response to a virus with a 99% recovery rate, laid out by political leaders in the so-called lockdown, “New Normal” or “Great Reset”.

These government proxy activists will even rat on “irresponsible” independent café owners selling takeaway coffees and muffins to “despicable,” “reckless,” mask-less customers standing “too close” to one another while chatting and laughing (how dare they!).

These panic-stricken, misbegotten, do-gooders will snitch on their neighbours if they see them “carelessly” greeting and hugging “too many” family members who come to visit them for dinner on Christmas Day. (“And the people shall be oppressed, every one by another, and every one by his neighbour”: Isaiah 3:5). They regard freedom as risky and dangerous but embrace tyrannical oppression because it feels “safe.” This is what happens when one rejects God.

As for the Godless mainstream media (or what’s left of it): In an essay in American Thinker, Jack Hellner wrote: “Everyone should remember that most supposed news stories, predictions and pronouncements today are essentially propaganda, a push for big government with leftist Democrats running the show. . . First, there were dire predictions on Covid to scare the public into submission . . . There are also dire predictions on climate change . . .”

Before the dreaded lockdowns began last March, customers of SMEs (Small/Medium Enterprises) spent a lot of cash on their essential services and products, but now, with unemployment rates skyrocketing, such customers have ceased to do business with the humble entrepreneurs, who, when “allowed” open for business, have suffered a 20 to 60% drop in their margins and potentially declining more with each lockdown.

The cleric Rev Marcel Guarnizo said the two great lies of Socialists and Communists are that they are champions of the poor. He said, to alleviate poverty, entrepreneurs and the free-market system is needed. “These offer the possibility of a greater and more lasting solution to the problem of poverty.”

In a recent report in Fox News, Tom Bené, president and CEO of the National Restaurant Association said that “data tying systemic community outbreaks of COVID-19 to restaurants has yet to emerge” and restaurants “are too commonly labelled as ‘super-spreaders.’”

Daniella Genovese for FoxBusiness added: “. . . The nation struggles to rebound from a now-resurgent coronavirus. The fresh load of cases are delivering yet another blow to an industry reeling from lockdowns and occupancy restrictions. And with fears surrounding the virus, it remains unclear how readily Americans will return en masse to dining out.”

SMEs are the heart and soul of our communities. In times past, we refered to them as the “Butcher, the Baker, the Candlestick Maker.” In America, they’re referred to as small businesses and/or small business owners

In June 2017, Donald Trump put climate change on the backburner during the Paris Accord. When he did, many non-Green small business owners breathed a sigh of relief. This was perhaps premature and optimistic, as the Green Giant has many other ways of manifesting itself in order to make loads of Green Dollars for wealthy billionaire sugar daddies, while SMEs struggle or die by the wayside. And now, with Covid, the Reset Rollers will not let a good crisis go to waste.

The Greenies will always cash-in on a crisis. Their ultimate goal is to set up a coercive socialist Green utopia. Their influence has recently put pressure on UK PM Boris Johnson to spearhead a ten-point Green plan, the most striking of which is that the sales of new petrol and diesel cars will be banned from 2030, ten years earlier than previously planned.

I’m sure that news has brought great anxiety and sleepless nights to SME car dealership owners and staff. As for car lovers like myself: The thought of snailing down the highway at 25kph on a hair-dryer with wheels is nothing short of diesel-head Hell. Welcome to the world of “Build Back Better”, a popular phrase used by globalist world leaders. According to James Delingpole:

Build Back Better is the code phrase for one of the most terrifying and dangerous, globally co-ordinated assaults on liberty and prosperity in the history of mankind.

If the plan succeeds, the world you inhabit will be unrecognisable, your children will have no prospects and your life will barely be worth living. Build Back Better means totalitarian rule by a global, technocratic elite—as constrictive and immiserating as life under fascism or communism. This hideous New World Order is the Great Reset…

Regarding the Paris Accord, Trump spoke about his concerns for employment of ordinary working Americans and medium-sized businesses, saying it is a foreign attempt to seize American jobs and American wealth. The backbone to such business and jobs is the middle class, which is shrinking in most US metropolitan areas.

Trump said the Paris Agreement “disadvantages the United States to the exclusive benefit of other countries, leaving American workers—whom I love—and taxpayers to absorb the cost in terms of lost jobs, lower wages, shuttered factories, and vastly diminished economic production.”

At the time in 2017, according to the National Economic Research Associates, compliance with the terms of the Paris Accord could cost America some 2.7 million lost jobs by 2025, including 440,000 fewer manufacturing jobs; by 2040, $3 trillion in lost GDP. And many of the biggest losers will no doubt be the humble entrepreneur and small to medium-sized businesses.

At that time, according to John Rampton from Debt.com, Trump had rallied around small business and tech start-ups as part of his push to “make America great again” by providing more support to all the small businesses that have been behind the economic resurgence since the last recession. “Some of his tax breaks are the first sign of a potential good sign for entrepreneurs” bottom line along with promises of more grants and financial programs to stimulate new business development. He has noted his support of the gig [sic] economy and the increase in homegrown freelancers,” Rampton added.

And to Trump’s credit, he delivered massive job increases with hardly any unemployment throughout his presidency. But here’s the question: Do globalist Green policies and other Leftist political ideologies stifle such business with high rates and environmentally-unfriendly red tape foisted upon the struggling taxpayer and entrepreneur? And do such policies instead favour big business, leaving the global giants alone when pursuing higher taxes?

The US political writer and documentary maker, Dinesh D’Souza, said that “Obama and the Left love the Paris agreement so much because it is a massive redistribution of our wealth to other countries.”

If lockdowns continue, we can be certain that many SMEs will end up inheriting the wind but the same can’t be said for the multinationals. The founder of Gravity Payments, Dan Price, last month tweeted the following: