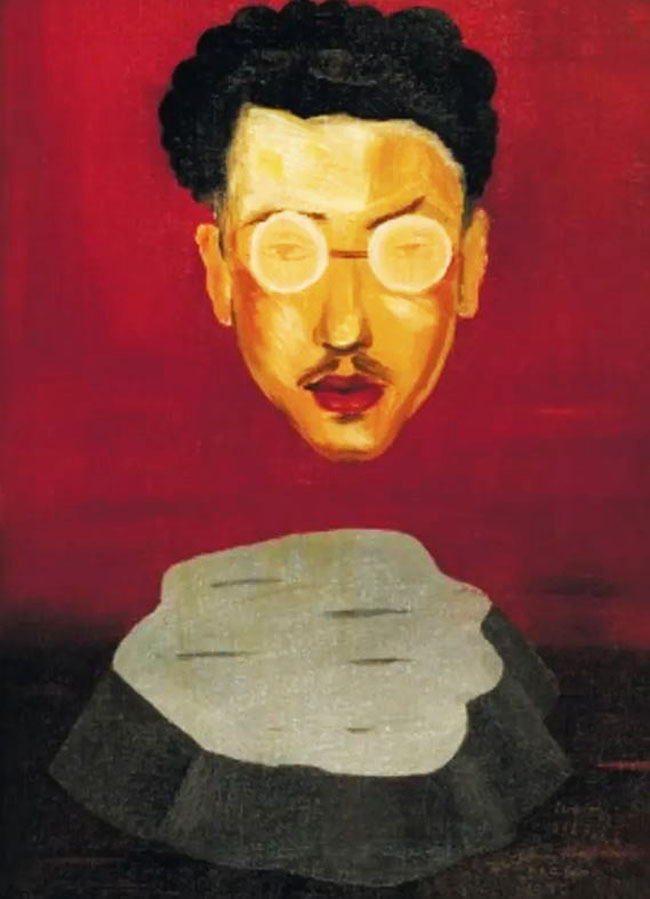 We drove to Woodstock to get a Tarot reading. Mari said the gas alone would cost 30 dollars plus the 25 dollars for the reading. I would have to forego this, plus it wasn’t Biblical. Every marriage has its disagreements, but since marriage is an institution protected by God, the marriage would survive. We drove into Woodstock and stopped at a bakery called Not by Bread Alone and had muffins. We visited a bookstore packed with Noam Chomsky and his imitators. We made plans to meet in an hour. I went into a Tarot reading in a tiny back room filled with incense. The only card I remember was the Burning Tower.

The Tarot reader said that the Burning Tower meant many problems ahead in the material world, but there was also ingenuity in the Two of Cups. We’d need that card to circumvent disaster, she said.

Driving back from Woodstock we ran into a blizzard. I could not see the road. Cars flipped every ten miles for fifty miles, tires whirring like bugs’ legs. Our wheel wells were choked with ice. I found it difficult to make turns.

Mari and I didn’t speak. She ate chips and looked straight ahead. She hadn’t approved of the Tarot reading. Perhaps God would kill me for resorting to the black arts.

I looked at the creeks by the road. It was so cold that steam rose. Near Andes was a 3-car crash with fire engines and ambulances. Off in the distance a Christmas tree stood all lit up in a dark field. Snow came down.

I’d play soccer with Falstaff in the spring. He’d come up the grass, cut left, cut right, send a burner into the goal. Up by two, I’d hold on. I could still play soccer. How much longer before I lay next to other citizens in the Calcutta Cemetery beneath 3 ft. of snow and rehearse Our Town?

Would the child remember our trips to Ocean City, New Jersey and the dollar bill he’d found in the surf? We’d stayed in a Motel 6 with a vacancy by the sea, then driven to Cape May lighthouse. More hours on the beach that afternoon. Falstaff would kick the soccer ball in ten more years as hard as I did as a teenager, while my physical strength would decline. We’d found a starfish in a wading pool and I’d explained to Falstaff that starfish have ocular fingertips. Single-prop airplanes pulled banners that offered cellphones above the glistening sea.

Later in the motel swimming pool a few children played with toy sharks in the shallows while I walked Falstaff about in the baby pool. I encouraged him to float. All the birds of Cape May County, all the flowers, all had Latin names. What if Falstaff died before learning them? I pictured Falstaff’s room with rulers neatly together, bookmarks in his notebooks, and the orange ball we used to throw. He had never gotten the training wheels off his bicycle.

Falstaff had never burned his mouth on pizza or suffered cigar smoke at football games, had weight issues, needed braces, struck out at baseball, been eaten by mosquitoes while camping out, but he could spell the word antidisestablishmentarianism.

There was a mounting fury to the snowstorm.

It was a white-out. Jesus with a black cross around his neck took the wheel. I could see again. Fragments of the yellow line appeared on the highway. God was still with us. But why couldn’t I see the way in regards to the surrogacy? I was in a labyrinth and the minotaur was close. Going in circles in my head, I drove as straight as I could through the storm thinking of the flamingoes of Florida, Christ beside me to do the driving. The lights of Calcutta appeared as I took the last bend. The moccasin of the thief, the boot of the burglar, the tread of the warden: when I was anxious such sounds came unbidden.

I put Falstaff to bed.

PrevThe Grandfather
My Evolution as a MammalNext