You’re Not from Around Here, Are You? 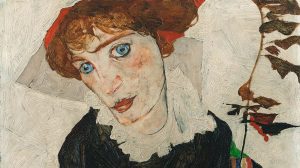 The two uniformed police officers—a twenty year-old man and a woman a couple of decades older—pulled their black and white patrol car up to the north Dallas address. They radioed their location to dispatch, then got out and stood together for a moment.

The woman, Sgt Muldoon, was recruiting-poster perfect: tall, athletic, ginger hair showing from under her service cap, crisp uniform adorned with stripes and awards. It all worked together to say “I’m a competent, professional law enforcement officer”. Her rookie partner, Officer Phillips, wasn’t there yet. He did book-well in the academy, yes, but still had a bit of a slouch and a somewhat baggy uniform—made worse earlier in the day by a spot from spilled donut cream filling. Nevertheless, Muldoon saw the potential in the young man and was a good mentor.

She hooked her thumbs over her service belt and took in the scene. “Always look for details that may tell you something before going in,” she instructed. “For example, do you see anything unusual there?”

He looked. “Modest suburban house, well kept.” He squinted and frowned. “Front door is painted bilious green with orange circles, which is a bit off-putting.”

He shook his head.

“Look at the car in the drive.”

“Don’t recognize the make, has a streamlined body. Color seems to shift up and down the rainbow—now blue, now green, now yellow. Kinda neat.”

She nodded. “Good. But there’s something else. It has no wheels. It just hovers there off the ground. What does that tell you?”

“It must be a Tesla,” he beamed, proud of his answer.

“Also, it has no Texas plates,” she pointed out. “In fact, it has no license plates at all. Why do you suppose that is?” She arched an eyebrow at the possible—likely even—ramification.

“I see,” Phillips said, stroking his chin. “More and more of them are showing up here these days, aren’t there.”

Together they walked up to the front door and rang the bell, not noticing a few plants in the front bed scuttling away from their approach. From inside the house came a sound something like a sitar being thrown down an endless flight of stairs with tuba and harmonica backup.

“More and more of ’em every day,” said Phillips.

A woman, age difficult to say but young, opened the door to look at the officers. Really look at them. One eye focused on Muldoon, the other on Phillips. “Can I help you?” The woman was wearing slacks and a shirt, nothing unusual there, but had her bra on the outside of the shirt. She also had a bright yellow wig sort of perched on top of her head.

Phillips mumbled under his breath, “More of ’em every day”.

The sergeant explained. “I’m Sergeant Muldoon, this is Officer Phillips. We’re checking on a report of unusual activity in and around your address. Mind if we come in to talk about it? It probably won’t take more than a couple of minutes.”

Both her eyes focused on Muldoon. “Is this where I’m supposed to say ‘Hit the road, copper, you got nothin’ on me’? Or something like that?”

She did so, then opened the door wider and showed them to the small, tidy kitchen. “Please seat. What do we need to talk about?” she asked, sweeping her hand in an arc toward a softball sized purple globe on the table, shutting the . . . music . . . off.

“I haven’t noticed any strange activity around here,” her voice betrayed a forced casualness. “I’m just making some tea. Would you like some?”

“No ma’am, we’re not allowed to—” Muldoon stared open-mouthed as the woman poured cold water into a pan, dumped in an entire box of tea bags, added a bag of sugar into the mix, and took a sip.

“I’ll be direct with you, ma’am,” said the sergeant. “The car in the drive, the strange music, the way you dress, and you don’t even know how to make tea—it’s obvious you’re not from around here. And frankly, you’re not welcome here. You sneak in and right away start trying to make things like the mess you left. Why don’t you just go back where you came from and leave us alone?”

The woman sat down at the table, swallowed hard, and let her heartache and fear gush out. “I knew the authorities would come sooner or later. No, I’m not from here. I just can’t stand the crowding, crime, pollution, traffic, taxes, and corruption back home. It wasn’t always like that, but … the only thing going for it now is the always perfect weather. I want so very much to be a good citizen here.” She sniffled and wiped away tears with her shirt cuff. “I have a good job painting science fiction magazine covers. I make my own way and pay taxes. I watch local TV to learn your customs and … but I guess it’s no use.” Her long, shuddering sob broke Phillips’ heart. “I’m not fooling anyone.”

She pulled the wig off, shook her head a few times to uncurl her antennae. “I’ll just go back to my home planet where I belong.”

Muldoon and Phillips looked at each other and came to unspoken agreement.

“You don’t need to leave,” said Phillips, surprised at how cute the woman was without the ridiculous wig.

“We’ll come by evenings if you want, and help you learn to fit in,” offered Muldoon. “Anyone who wants to work, learn our ways, and become one of us is always welcome here.”

“You see, we didn’t realize you were from outer space,” explained Phillips, his voice soft and apologetic. “We thought you were from California.”