Zuckerberg and the Untouchables 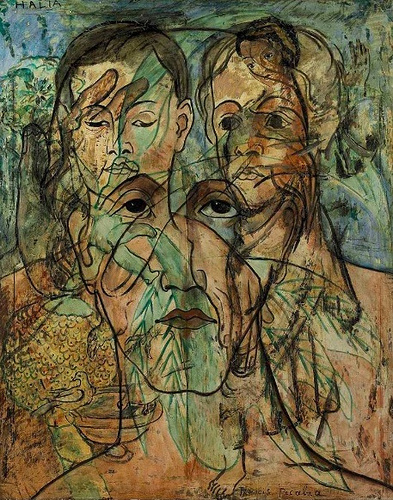 There was a time when reflection, philosophy or common sense, preceded science.  Indeed, what we know today as science used to be a subset of philosophy called “natural sciences.” Traditional tools like evidence, observation, experimentation, and ethics were once relevant.

The subjection of science to philosophical, moral, or common sense concerns is now just a memory.

Digital oligarchs are mostly youngsters, if not in fact, then surely in world view, the proprietors of exclusive adolescent tree houses. A hipster cast cultivates other joiners who beg approval where “likes,” “up-votes,” “tools,” “apps,” and “followers” are measures of merit; indeed. The internet is a universe where adolescent ego and short attention spans seem to be cultural norms.

Moral or adult referents used to constrain or restrict innovation. Those days are gone, with two possible demographic exceptions. Science has yet to completely replace the old gods in Islamic or Communist realms. Apparently, Mohamed and Deng Xiaoping, of all people, are now the cautionary voices of scientific restraint.

For the West, the new idols are technical; specifically, a kind of digital atheism. Some might say autism. Historically, radical innovation was sponsored by government and wrapped in secrecy. Nuclear bombs, intercontinental ballistic missiles, chemical/biological weapons, and DARPA’s internet are examples. 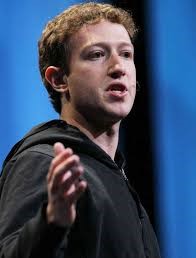 Zuckerberg, an iconic nerd, recently appeared before Congress on Capitol Hill. Apparently the Senate and House of Representatives were alarmed that Facebook might be a monopoly, mining and monetizing personal behaviors, if not weaponizing data for financial gain, political manipulation, or worse.

The “Top Secret” relationship between Uncle Sam and the telecoms (see backdoors) is the worst kept secret in Washington. With the advent of the internet, social networks in particular, the tension between prudent national security and privacy concerns have been exacerbated. Anybody familiar with erstwhile DNI General James Clapper’s career appreciates the double talk associated with these issues.

The 2016 election has raised the profile of the revenue and partisan corollaries. Apparently, the Feds pay communications moguls for “back doors” and sweetens the pot with laissez-faire tax policy. Internet commerce, like the so-called non-profit sector, has become a faux charity, a kind of tax-free racket where the beneficiaries are silicon moguls willing to do Uncle’s bidding.

Given the back door collusion for pay, it’s impossible to believe that there isn’t a similar tacit or clandestine understanding on tax policy.

All of which highlights the partisan problem. Between leaks and email confessionals, the 2016 election brought out the worst in the internet. And neither party, nor the deep state, saw Donald Trump coming. Post-election, few in any hater demographic seems willing to get over the people’s choice either. Russian bogymen and the Robert Mueller diversions are probative here too. 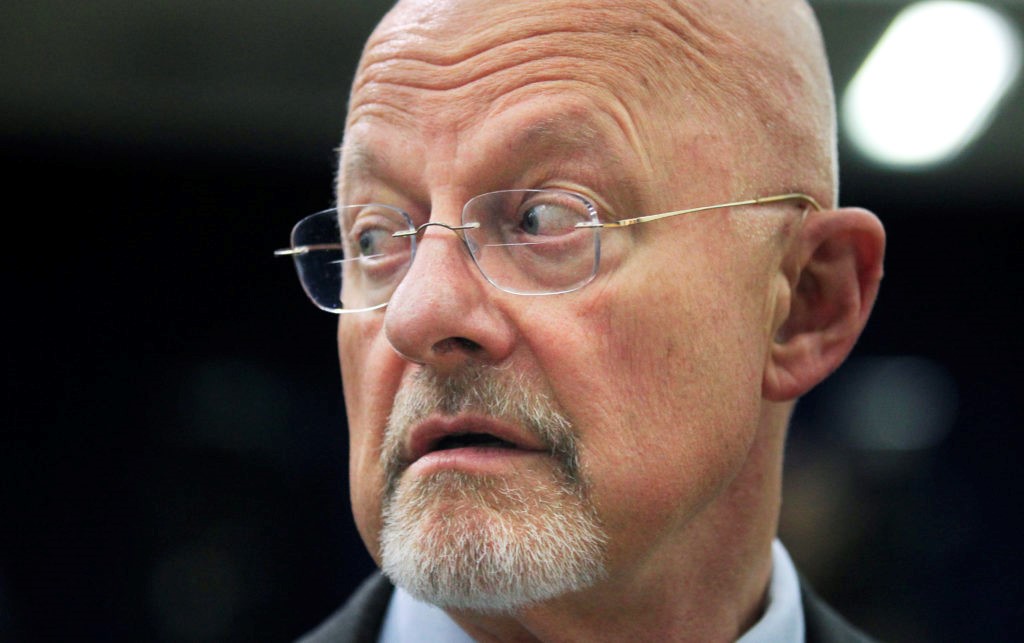 Clapper and Zuckerberg are in the same business for different purposes. One collects data to surveil, the other collects to profit. With billions of voluntary followers and billions of dollars in the pot, Facebook casts a much wider net than the National Security Agency.

Nation of sheep doesn’t quite capture this 21st Century American surveillance phenomenon. Guys like Zuckerberg or Bezos don’t just have the cash and power to cook the political and cultural books. They now own the books—and the kitchen.

Tax-free commerce on the net is not Hobby Lobby.

For NSA and Facebook, personal privacy is a very selective concern. Shortly, before he used the dorm room shuffle on Congress, Zuckerberg bought all the homes in his immediate Crescent Park neighborhood to demolish and create a zone sanitare. Bezos accomplished the same end by buying five homes in separate locales. Oligarch privacy doesn’t influence their business models, however. Data is an open door, sometimes a back door, with government help—the road to the end of their rainbow, the pot of gold that data represents.

If hypocrisy were hash, Zuckerberg and Bezos would be Cheech and Chong.

Jeff Bezos underlines his political clout by buying the largest mansion and the largest newspaper in the nation’s capital. Surely Jeffrey does not come to Washington, DC just for the Cherry Blossom Festival. We are told that Amazon and the Washington Post are separate enterprises. Bezos toys are independent of each other in the same sense that Facebook and Instagram are separate or independent “tools” under Zuckerberg.

Literal and figurative “bots” now infest cyberspace and the social networks. In the biological world, a bot is a parasite that infests a host and pupates in excrement. The internet bot is a software application, a robot, which apes similar repetitive functions. At the merge, bio-digital analogy is a social semantic marriage made in heaven. Bots, trollers, hackers, and scammers inhabit the same dung he 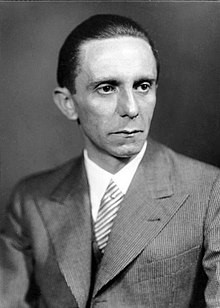 Internet bots replicate memes faster than any human could. Reiteration may not be truth, but repetition is still the godfather of belief. Hat tip to J. B. Goebbels.

The Zuckerberg testimony may have been a Eureka! moment for politicians, but the drift towards behavior control, exploitation, and cultural adolescence has been a thing for decades, starting with Nielsen.

Uncle Sam collects in the name of national security to control. Dot.com oligarchs collect in the name of commerce and profit. All objections to collusion between the two can be rationalized in the shade of flag, patriotism, commerce, connectivity, or globalization.

Unfortunately, the next casualty of digital/political collusion might be democracy as we know it. The marriage of collection and election is a harbinger of a new dystopia. The 2016 US presidential election, and aftermath, was just a dry run for the future of elective politics. American political operatives of the deep state and Silicon Valley are already joined at the hip by partisan political sentiment—and money.

Vladimir Putin is surely amused as the surveillance state careens towards the dust bin of history. However, the threat to American elections is not Moscow.

Dystopian future, apparently, is now a function of better programming, or as Zuckerberg puts it “better tools.” If nothing else, the scion of Facebook might be a world class expert on tools. Jeff Bosworth is probably the premier example of a cyber tool.

Surveillance has become a civic and commercial virtue. Ironically, federal and state governments drown in debt and deficits whilst the cardinals of Cupertino float on an ocean of tax-sheltered black ink.

In 2013, an intrepid NSA contractor fired a shot across Big Brother’s bow. Edward Snowden revealed how comprehensive state surveillance had become in the Obama years. Political meddling; before, during and after the 2016 election validated Snowden’s angst. Snowden’s revelations about peep state politics flushed partisans from cover, federal Intelligence officers like Clapper, Brennan, Morell, and Brennan.

Alas, dirty Centurions at the top are just surface algae. Chaps like Clapper, Comey, and Brennan have had decades to seed like-minded, tenured, middle management apparatchiks. The callous arrogance of Andrew Bosworth at Facebook is of a piece with the politicization of the likes of General Clapper and Mister Brennan in the Intelligence Community.

Donald Trump did not create Washington miasma, or the deep state, or the creeps of e-commerce. He merely let the sunshine in and gave the phenomenon a name. Alas, rhetoric like “swamp” doesn’t quite capture the stench of surveillance profit centers or on-line septic tanks.

No surprise then that collusion between federales and liberal internet moguls created very lucrative judicial tax shelters for a select few digital hucksters. Hat tip to team Obama and the likes of Zuckerberg and Bezos. When money talks, restraint walks.

Surveillance capitalism has become the creep state under the deep state.

George Orwell, we hardly knew you.

G. Murphy Donovan was an erstwhile deep state operative serving under General James Clapper at USAF Intelligence. GMD does not subscribe to any social networks except Linkedin, an affiliation he has been trying to sever, to no avail, for years.

PrevThe Juxtaposition of Dominique Francon and Dagny Taggart in Ayn Rand’s Works
The Opium of the Masses: Hillbilly ElegyNext