As a President Is Assassinated, There Is No ‘Worst’ in Haiti 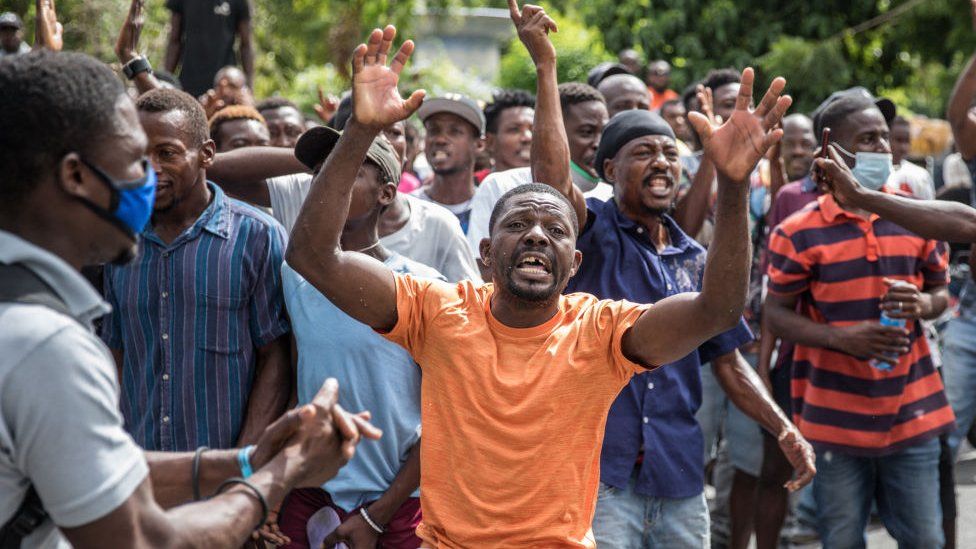 My memory for poetry is poor, but half a line from the great innovative religious poet of the second half of the nineteenth century, Gerard Manley Hopkins, sticks in my mind:

No worst, there is none.

A fuller quote is as follows:

No worst, there is none. Pitched past pitch of grief,
More pangs will, schooled at forepangs, wilder wring.
Comforter, where is your comforting?

Hopkins thought not only that there was always worse suffering possible than that which anybody actually suffered (that is to say, there could always be worse, there was no worst), but that the greatest suffering anyone experienced was of purely psychological origin:

O the mind, mind has mountains; cliffs of fall
Frightful, sheer, no man-fathomed.

Dying in 1889, he did not live to experience the historical horrors of the twentieth century, when sheer human malignity produced depths of suffering that could hardly be exceeded. It was the achievement of figures such as Lenin, Hitler, Mao and Pol Pot to demonstrate that there was indeed a worst. It was as if they had set out to prove Hopkins wrong: a curious ambition for dictators.

Whenever I think of Haiti, whose president has just been assassinated, I think of Hopkins’ half-line, no worst, there is none. Haiti’s whole history seems to have been a refutation of Hopkins’ poem. It is as if the country were determined to prove that the reason there is no worst is because there are many worsts, that the worst comes in many guises.

When I first visited in the early 1980s, Haiti was one of the three H’s that were associated with the new epidemic of those times: AIDS. The three H’s were homosexuals, haemophiliacs and Haitians. The spread of AIDS was rapid, and since there was no cure, only prevention was possible. That included having as little contact with Haiti and Haitians as possible. Tourism to Haiti ceased.

It so happened that on my return from Haiti, I fell very ill. I had a high fever and had never experienced a headache like it, nor have I ever done so since. I was treated in hospital much as a patient suspected of suffering from Ebola would be today, by people in spacesuits. I recovered spontaneously: I had suffered from a mosquito-borne virus.

Baby Doc—Jean-Claude Duvalier—had just been overthrown. He was the pale (and fat) shadow of his father, the notorious and sinister Papa Doc, Jean-François Duvalier, who had once worked for the Rockefeller Institute but really preferred voodoo, and proved that doctors do not necessarily make the best heads of state. Surely, after many years of what was called Duvalierism, things could not get worse?

Ah, but they could, and they did, though in a slightly different way.

When I returned with my wife about ten years later, Haiti was much poorer—or perhaps I should say, its poverty seemed much more desperate, which is not quite the same thing.

On the first evening, we went to a little restaurant with a terrace open to the road. There was a grille between the street and the terrace. When we sat down to a stew of scrawny chicken (delicious nonetheless), small starving children arrived and poked their thin hands and arms through the grille to try to grab the food from our plates. The owner, a woman, shooed them away with a broom as if they had been large flies.

Even more of the countryside had been eroded into a kind of desert (when you flew from the Dominican Republic, you could see the border from 35,000 feet, green on one side and brown on the other). As the population increased, so the production of food decreased, or it seemed so.

Yet, oddly enough, the capital, Port-au-Prince, was safe enough. Money changers, standing in the rotting-garbage-filled streets, had great wads of notes and people saw us change dollars for gourdes, without their being any suggestion that we might be robbed. Now the gangs are in charge.

On my first visit, I had visited a remarkable American medical missionary, Dr William Hodges, in the small town of Limbé in the north of the country. He and his wife were very welcoming, and I had a pleasant evening with them. Dr Hodges, who spent much more than half his life in Haiti, becoming a citizen, was also a keen archaeologist, and discovered the site of an early Spanish settlement on the north coast of Haiti.

When I and my wife visited him about ten years later, I realized at once that it was a mistake to have done so. Dr Hodges had told me all those years ago that he wanted to retire and concentrate on his archaeology, but medical conditions had deteriorated to such an extent in the meantime that he had to continue his medical work.

He was surrounded by scores of patients, all in urgent need of attention. He was working more than twelve hours a day, was aged 70, and clearly at the point of exhaustion—he died within a year.

Our visit, far from welcome, was a frivolous intrusion. (Hodges was later the object of disgraceful slurs in a book titled “The Immaculate Invasion” in which he was accused practically of racketeering.)

What was clear was that the desperation of the country, which I had supposed as great as possible when I had first visited it, had increased enormously. Ever afterwards, when my wife and I had an argument over a trifle, we would say to one another, “Remember Dr Hodges,” and that would calm us immediately by putting things into perspective.

Yet the travails of Haiti were far from over. Apart from what, in the context, one might call the normal political disasters that have attended its history ever since in won its independence from France in 1804, there was a devastating earthquake followed by a cholera epidemic and a hurricane of terrible proportions.

The damage caused by the earthquake was in large part the consequence of poverty and negligence: Chile has suffered earthquakes of much greater severity, with only a fraction of the damage.

As for the cholera epidemic, it was brought by United Nations peacekeeping troops from Nepal, a fact that was concealed by a kind of international conspiracy that included the United Nations, the CDC, and the major medical journals, though it fooled no one in Haiti.

Massive foreign aid after these catastrophes did what it often, or usually, does, namely increase political competition within the recipient country for members of the political class to get their hands on the loot as the surest way to quick wealth. In short, billions disappeared without any benefit to the impoverished.

And meanwhile, the numbers of the latter increased enormously, by at least a factor of two since I first visited, as if in an attempt to prove Malthus’ theory right, that population increases faster than the means to support it. Furthermore, Haitians awareness of, and humiliation at, their own poverty increased thanks to improved information technology, thus adding a further layer of desperation to an already desperate situation.

Like everyone who goes to Haiti, I developed a strong affection for the county: yet—no worst, there is none.