At Last an Apology over Cancel Culture 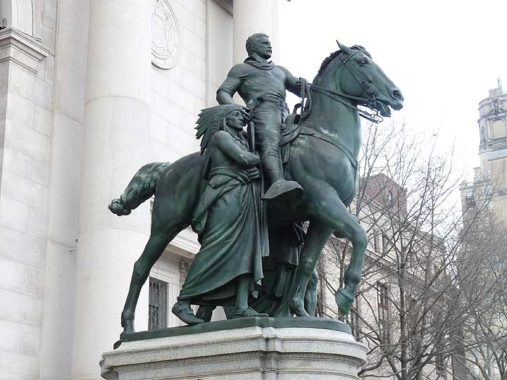 Somewhere over the rainbow, someday I’ll wish upon a star, wake up where the clouds are far behind me.

If I caused you pain, I know I’m to blame. I realize I’ve been unfair to you. I apologize.

It is heartening to know that the culture of silence has not taken root in all cultural institutions, and that some of them have backbone to refute the ideology that is opposed to what it calls a “power structure of western society,” when it limits or censors free expression.

An important apology in the cancel culture war was issued on June 23, 2021. The Royal Academy of Arts apologized to the artist Jess de Wahls for removing her work from its gift shop because she had in 2019 in a blog expressed transphobic views, saying that humans cannot change sex.  The Academy stated it “had no right to judge her views on our social media. This betrayed our most important core value- the protection of free speech.”  The statement was an implicit rejection of identity politics when it goes to the extreme and privileges one set of opinions over others.

The RA three days earlier had declared that it never knowingly supports artists who act in conflict with its values of diversity and inclusion, and that it would no longer stock the work of Wahls. It now will do so. The issue goes far beyond the question of whether the RA gift shop should or not sell embroidery patches which Wahls makes, or the acceptance of the persona of Wahls herself, a hairdresser by trade, who has been making her bold feminist textiles since she came from East Berlin to London in 2004. It is a fundamental issue of free speech and a refutation of cancel culture when it curtails principles of free speech.

The endeavor to protect  free speech is sometimes strained. The National Gallery of Art in Washington, D.C. and the Tate Modern Museum in London postponed its Philip Guston exhibition because of his depictions of Ku Klux Klan figures that might offend some visitors who would not be aware of his intention to show them as evil. The Tate and other museums which were to mount the exhibition issued a statement that the postponement was due to “the racial justice movement that started in the U.S.” The Scottish Opera withdrew its nomination of its production of John Adams’ opera Nixon in China for an award after criticism of “cultural appropriation,” the use of yellow makeup for singers playing Chinese characters.

These issues are symptomatic of the extremes in the ongoing cancel culture war in UK and the U.S. and raise difficult questions. Central is the problem of whether artists, intellectuals or writers should be judged or honored according to the quality of their creativity or by their personality or opinions that may be generally regarded as disputable. Many great artists and writers were and are flawed human beings. Can we separate the art from the person who created the art? Does knowing what one knows about the life of artists change one’s view of their art? Specifically in the case of the RA, or any important museum, should a museum  display the work of artists who lived controversial lives or expressed unpopular opinions:  Picasso who drew pornographic pictures of a  13 year old girl, Caravaggio, a dangerous, aggressive man, Gauguin, a reported paedophile who reportedly had sexual relations with young girls, or Eric Gill, artist and sculptor who sexually abused his daughters and was an associate of the RA?

Several prominent artists have recently faced problems because of some act or opinion. In June 2020 the successful novelist JK Rowling was confronted with online calls for her books to be burnt and she was threatened with violence because she had posted controversial tweets about the transgender community and publicly defended freedom of speech and empathy for the rights of trans women.

In similar fashion the Nigerian novelist Chimamanda Adichie Ngozi, who won the Orange Prize for fiction in 2007 sparked controversy and faced a backlash for her views on transwomen.  She also held that the social media was being used for ideological warfare rather than as a place for communication and understanding. Both prominent writers illustrate that freedom of expression is central to art and culture, and must be protected. Obviously, there are problems. Debate can create empathy, but also cause hurt and outrage.

The debate on free speech continues. The issue was considered by the U.S. Supreme Court on June 3, 2021  in a case of protection of student speech on social media. A student, aged 14, who did not make her varsity cheer squad posted a vulgar message, “F…school. F…softball” in her social media posts. She was banned by her high school from the team for a year. The Supreme Court decided that the school district in Pennsylvania had violated the First Amendment and exceeded its authority when it punished the student for her social media posts. The Court found, by a 8-1 decision, that the Mahanoy Area High School’s decision to ban the student from the cheerleader squad had gone too far, though it admitted a school had the ability to regulate some off campus speech.

In this case, the Court held that the interests of the school in regulating the off campus speech were insufficient to overcome the student’s rights to free expression, and that the school’s authority to regulate student’s speech is highly limited in off campus settings. At the same time, the Court did not issue a broad First Amendment rule on a school’s need to control off campus speech. Justice Stephen G. Breyer, for the majority, wrote, “America’s public schools are the nurseries of democracy…representative democracy only works if we protect the marketplace of ideas.”

The bronze statue of Theodore Roosevelt which has sat since 1940 at the Central Park West entrance of the American Museum of Natural History in New York, and which has been defaced twice as racist, has been removed. The statue depicts the president of the U.S. on horseback with a Native American and an African man flanking the horse. Officials of the Museum, which is on city-owned property, proposed removing and requested the statue be moved because it explicitly depicts Black and Indigenous people as subjugated and racially inferior. Theodore Roosevelt had long been associated with the museum, and his father was one of its founders, but the statue was removed because of his support of eugenics and the fact that the problematic statue was said to symbolize racism.

When will cancel culture stop its extreme actions? Theodore Roosevelt was the 26th president of the U.S. and his face is depicted on Mount Rushmore alongside Washington, Jefferson, and Lincoln. He was a complex figure, a progressive liberal in economic policy, a conservationist who set up America’s first national parks, a foreign policy internationalist, and a colonialist explorer. But he has been cast in a new light as a result of  antiracism protests following the killing of George Floyd.

The influence of those anti-racism protests has led to curious developments in the academic and intellectual worlds. Cornell University has launched an astronomy course, “Black holes: Race and the Cosmos” course to discuss and prove a connection between scientific terms and racial blackness. This involves studying the fundamentals of astronomy through readings in Black studies, artists, and fiction writers, and “exploring what artists of color gain from turning identity politics towards cosmological reflection.” The term “black hole,” the concept predicted by Einstein in 1916, was first used by John A. Wheeler in 1967 to describe light-swallowing space masses. The issue now for Cornell studies is whether there is a connection between the cosmos and cosmological themes and the idea of racial blackness.

Cornell is interested in “decolonizing” its curriculum as have other U.S. universities which have introduced literature written by non-white people, as at yale which changed curriculum to include contributions of women, people of color, and queer folk.

At Oxford University free speech is endangered as the student union is seeking to prevent publication of implicitly racist or sexist articles. It is planning to hire “sensitivity readers” to stop student newspapers, including Oxford’s own student journal Cherwell, from publishing such articles.

More widespread danger is a classroom curriculum that connects mathematics with advocacy of critical race theory. Educators in some U.S. states are at odds over a program, “Dismantling Racism in Mathematics,”  which states that teachers should  not  push students to find correct answers to math problems because this promotes white supremacy. It is in essence, a part of instruction in critical race theory, that racism against minorities is embedded in every aspect of life, including math. The program has a workbook, funded by a $1 million grant from the Gates foundation, which asserts that the U.S. educational system reinforces the dominant power structures of white colonizers.

The workbook continues, declaring that the concept of mathematics being purely objective is unequivocally false, and that upholding the idea that there are always right and wrong answers perpetuates “objectivity.” Asking students to find the correct answer for math problems is inherently harmful for minorities. At the core are the implicit messages, black students are bad at math so excise them from learning it, and that pushing students to solve math problems promotes white supremacy.

The battle over cancel culture remains in politics and society.

PrevDexter Van Zile Surrounded by Mob of Pro-Palestinian Protesters in Boston
How Dare the French Do This?Next