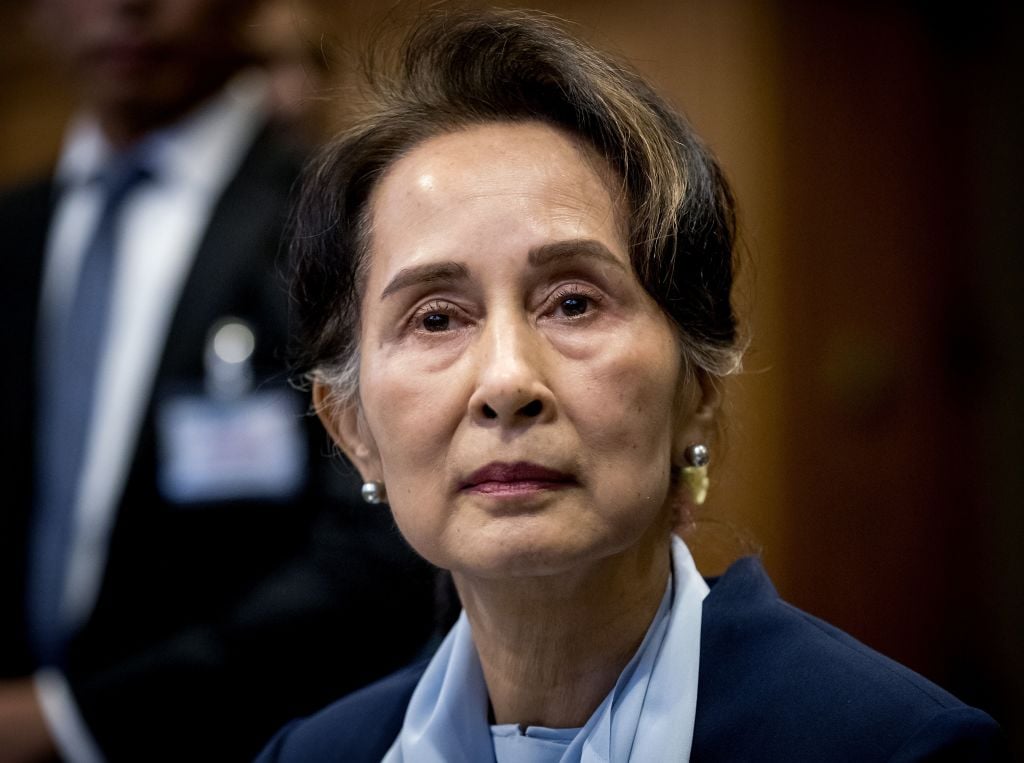 For the last several months it has been the misfortune of the U.S. Congress and mismanagement of its resources to spend countless hours to relate the legally undefined terms, “high crimes and misdemeanors” mentioned in the U.S. Constitution, Article II to the activities of President Donald Trump. Often political passion has exceeded legal expertise, and the exact definition of the two terms continues to elude even the most impartial of members of Congress. But there is no such uncertainty about the actions and non-actions of Aung San Suu Kyi, in Myanmar, (formerly Burma), the de facto ruler and head of the dominant political party, the National League for Democratic party, which won the parliamentary election in 2016, gaining 80% of the elected seats. Her case is compelling because of her past status and icon as a heroine.

Ms. Kyi was born in 1945 in Burma, daughter of an independence hero General Aung San who was assassinated in 1947. After education at Oxford, she, a speaker of perfect English, worked at the UN for three years, then returned to her native country where she became critical of and denounced the military rule, the junta, that ruled the country. In 1991 she was awarded the Nobel Peace Prize, for trying to “establish a democratic society in which the country’s ethnic groups could cooperate in harmony.” She was regarded world-wide as an outstanding example of the power of the powerless, an icon of human rights. She advocated non-violent resistance against the military dictatorship.  In addition, she came to view herself as a pragmatic politician trying to govern a multi-ethnic country with a Buddhist majority.

As a result of her criticism of the military rule in her country she was put under house arrest in 1900, released in July 1995, imprisoned again when she tried to travel to Rangoon, and finally released unconditionally in May 2002.  On November 8, 2015 at the first openly contested election in 25 years, her party the NLD won. She became state counsellor, the de facto leader of the country since she was not allowed, for technical reasons, to be president. The army, however, retained a veto over constitutional change. However, Ms. Kyi was expected to bring desirable changes in the political and social system.

It is incongruous and disillusioning that the woman universally admired as an international spokesperson for human rights and democracy, has become an apologist of an antidemocratic and anti-ethnic regime. On December 11, 2019, Kyi appeared before the 17 members of the International Court of Justice in The Hague to defend her country, and her former jailers, against charges that her government had committed not simply crimes but also genocide against the Rohingya people. By coincidence, this is the second time in recent months that a Nobel prize winner has been criticized for inappropriate behavior, contrary to the principles of the Nobel award.

Kyi’s appearance before the ICJ resulted from the lawsuit brought by the African country Gambia on behalf of the 57 members of the Organization of Islamic Cooperation. Myanmar was accused of mass murder, rape, actions by the military that forced more than 75,000 Rohingya to flee across the border to Bangladesh.  Thousands of the Rohingya have been killed by the military since 2017. Gambia is seeking punishment for the culprits, compensation for the victims, and an end to the military attacks.  The Court, however, is also faced with the key question, whether these military actions, said to include 400 villages partially or totally destroyed, and 40% of homes damaged was aimed at genocide, the extermination of a whole group of people.

Kyi told the ICJ that the charges of atrocities against the Rohingya had been exaggerated, and they should understand Myanmar’s complex ethnic and social history, that was not easy to fathom. Kyi had already, in a conversation in 2017 with Turkish President Erdogan complained about the “huge iceberg” of misinformation about the Rohingya. At the ICJ she repeated this and also spoke of the “fake news” about their treatment. Gambia, she said, had presented an incomplete and misleading factual picture of the Rakhine state in Myanmar. Kyi admitted the military may have used disproportionate force in some cases in disregard of international humanitarian law, and they had not always distinguished clearly enough between rebels and civilians. She criticized impatient international stories which did not appreciate there was not enough evidence to lodge charges of genocide in this “complex situation and the challenge to sovereignty and security in our country.”  Violations of humanitarian law during “internal conflict” was not genocide.

The victims are the Rohingya in the Rakhine province of Myanmar.  In 2017 they accounted for a population of about one million, the largest percentage of Muslims in the country. They are a group with their own language and culture, said to be mainly descendants of Arab traders.  Myanmar, a largely Buddhist country, denied citizenship to the Rohingya, and excluded them from the census.   At least 6,7000 were killed in the month after violence started.  By mid 2018, 781,000 refugees lived in 9 camps and settlements, and another 117,000 lived outside the camps. There are now more Rohingya living outside than inside Myanmar.

Kyi explained that the military actions were largely responding to attacks by the Rohingya militia. Violence began in August 2017 when a Muslim militant organization, the Arakan Rohingya Salvation Army, attacked police posts.  Those rebels, she said, killed more than 20 security personnel. She blamed Muslim terrorists and, again,  criticized the “ huge iceberg of misinformation” and fake news for criticism of Myanmar.

According to human rights groups and international journalists, there is no doubt that Rohingya have not only been killed but suffered discrimination, lost rights to education, health, and citizenship, put into internment camps,  or not able to leave their village. Kyi said it was still too early to establish clear patterns of events. Yet there are objective testimonies of indiscriminate shooting, gang rapes of women, burning of entire villages, houses set on fire, soldiers deliberately targeting children, abuse of human rights, murder, rape, and terror.

Nevertheless, Kyi expressed confidence in the military and the government that had not engaged in genocide.

Yet, the actions of Kyi may have lessons for the U.S. Congress.  Aggravating the wounds of conflict, though political not military, can undermine unity in the country. Moreover, rhetoric at the ICJ as in Washington may be more aimed at electoral success than at concrete reality.

International revulsion against the fallen heroine has been forthcoming.  A plaque, erected ten years ago, in Aberdeen, Scotland, honoring her is being revoked.  Other cities have stripped Kyi of her honors and awards.  African nations have condemned her for her “silence” over the plight of the Rohingya.  Even the Hague court said her silence over allegations of sexual violence and rape “says far more than your words.” The former champion of democracy, saintly figure, spokesperson for equality, no longer can claim moral creditability.

Kyi has abused her powers, betrayed the business of her country, broken her oath and resolution “like a twist of rotten silk” to principles of human rights, justice, and democracy. A fallen idol.