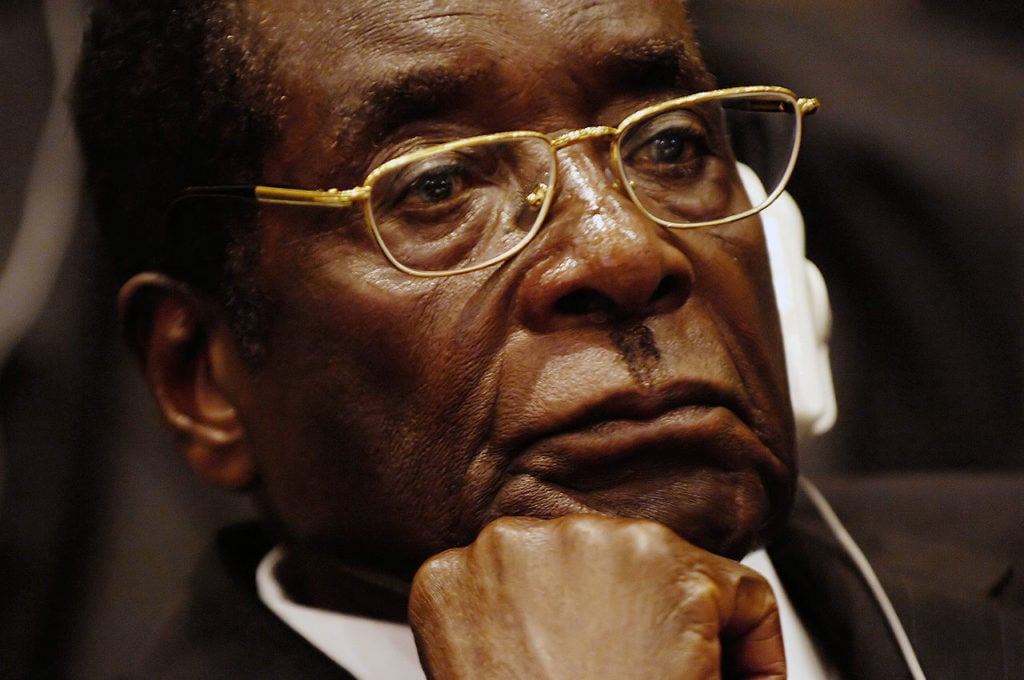 Though I lived in Rhodesia (as it then was) for only seven months, and returned to Zimbabwe (as it had by then become) ten years later for only a couple of weeks, the country has occupied my thoughts since then intermittently but quite often. It raised, at least in my mind, questions of political philosophy which I am still not sure that I can fully answer.

The Rhodesia in which I arrived as an almost untravelled youth was clearly a country with a history of injustice. Half the land – the more fertile half – was reserved to about 4 per cent of the population: black Africans could not buy it, however much money they had. While the current occupants had proper legal title to it, by purchase or inheritance, the law itself was based upon forceful expropriation of the original occupants almost within living memory – perhaps within the actual memory of a few exceptionally long-lived people. The black Africans had a rueful joke: when the white man came, he had the Bible and we had the land. Now he has the land and we have the Bible.

From the point of view of justice, then, restitution, or even restoration, was clearly due. Unfortunately, Man does not live by justice alone: he also has to eat. In the meantime, Rhodesia had become the breadbasket of Southern and Central Africa, not only feeding itself but exporting large quantities of grain to its surrounding countries. Its commercial farming sector, all white, was very productive. It is true that some experts claimed that African peasant farming on redistributed land could produce the same or even greater surplus (I read a book to this effect, if I remember right, by a learned nun and anthropologist, A. K. H. Weinrich), but this seemed to me more like wishful thinking that justice and economic benefit always went hand in hand than realism.

The thirst of the African peasant for land was understandable, all the more so as the population of rural Zimbabwe was among the fastest-growing in the world. But it was doubtful whether, in the long run, land would be any more equitably distributed under the new dispensation than under the old, with gross inefficiency thrown in for good, or rather for bad, measure. This is precisely what happened: under cover of righting injustice and rewarding heroism (that of the guerrilla fighters), land was redistributed by cronyism to people who were not farmers, and not surprisingly production plummeted. I have described elsewhere how I learned during my brief sojourn in Zimbabwe one of the reasons for the extreme or grotesque corruption that overtook post-colonial Africa, of its source in the otherwise commendable social obligation of Africans when they became prosperous to share wealth with their impoverished extended families and other dependents. This meant that for a man to become rich and live luxuriously, if such was his ambition, he had to make ten, twenty, a hundred times as much as a white counterpart, the easiest and often the only way being defalcation of one kind or another. This was not an auspicious beginning. It made the competition for political power all the fiercer, with its attendant cycles of violence, and it made political ruthlessness, not economic prowess, the main, and certainly the quickest, route to wealth.

From being a country into which people from surrounding countries sought entry in order to work, Zimbabwe quickly went to being a country that exported a considerable proportion of its population. In what sense, then, was the overthrow of the Smith regime by Mugabe an advance, an improvement, a liberation, as it is often called? A truthful answer, I believe, would be highly disturbing to liberal sensibilities.

One of the first fruits of the change was a massacre on a scale and of a brutality not seen in Smith’s day, putting one in mind of the Vendée massacres. Within a year of taking office, Mugabe, fearing a revolt by the minority Ndebele tribe, allowed North Korean troops to carry out the killing of 20,000 people, 1 or 2 per cent of the civilian population of Ndebeleland. The acknowledged leader of the Ndebele, Joshua Nkomo, a token member of Mugabe’s government, fled to London; he returned years later to Zimbabwe and rejoined Mugabe’s government (though without any power), claiming that this was not a betrayal but an attempt to halt the continuing persecution of his people.

When Mugabe came to power, the Tanzanian president, Julius Nyerere, told him that he was inheriting a jewel and warned him not to ruin it (Nyerere had by then considerable practical experience of wrecking a country, namely his own). Nyerere’s was a curious tribute to a regime that he detested and did all he could to bring down.

Mugabe eventually turned the stable Rhodesian currency into the most depreciated in the history of the world. Framed on my wall is a series of banknotes from various hyper-inflations. Pride (or shame) of place goes to the Zimbabwean note: the Governor of the Reserve Bank of Zimbabwe promises to pay the bearer the sum of fifty trillion dollars – that is to say $50,000,000,000,000. This was worth about US$1: in my day, the Rhodesian dollar was worth more than the US dollar.

No one should underestimate the suffering caused by such hyperinflation, though also the possibilities for enrichment by a corrupt elite which was, in fact, considerably smaller in numerical than the white minority had been.

The Consequences of Mugabe’s Regime

And what of political freedom? Mugabe’s regime was never quite totalitarian: but neither had Smith’s regime been. Both had oppositions, but more for ornament than use. To judge from the publications that I retain from my time in Rhodesia, I should think that Smith’s regime was somewhat superior in freedom of expression.

Judged by various criteria, then, Smith’s regime was superior to Mugabe’s. The population did not flee it; it was economically more efficient; it was at least not inferior from the point of view of freedom of expression; and though of course this is mere speculation, had it per impossibile been allowed to persist, it is likely that Zimbabwe would have been far more prosperous than it is today.

And yet this does not capture everything. Mugabe was wildly popular when he came to power, and I do not think that any but a vanishingly small number of Zimbabweans would want the Smith regime back, even at the cost of having Mugabe in power. Once that regime was gone, there was no possibility on any ground whatever of resuscitating it. If you can’t make an omelette without breaking eggs, equally you cannot put an egg together again from an omelette.

There are two explanations why people would vote against what might seem to be in their own best interest, if they were given the choice. The first is that, given the age structure of the population, the overwhelming majority of Zimbabweans have grown to adult consciousness since Mugabe came to power. They have been fed with great assiduity and with no possibility of contestation a historiography in which what they have experienced in their own, bad as it might be, counts as a liberation by comparison with what went before.

But I do not think this is the main reason why no one would wish the Smith regime back: it was conspicuously the regime of a racial minority, and no one wants to be ruled by people who are so very different from themselves, even if to be so ruled is advantageous to them. Better a bad us than a good them. This may not be rational, but it is a fact of human psychology. Of course, who is one of us is never quite cut and dried, and may even – in fact does – change. But whoever we are, we want to be ruled by us, not by them.