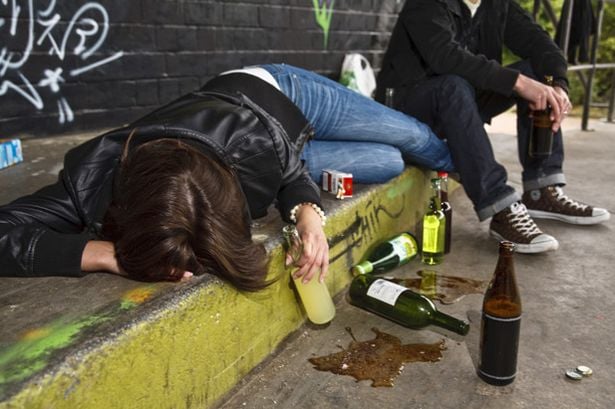 We like to consider totalitarianism a thing of the past, at least in Western countries, but its temptations are permanent and its justifications never very far away. Since no man is an island, no human action concerns only the actor himself. John Stuart Mill’s famous principle in On Liberty (1859) that the only good reason to interfere with someone’s freedom is to prevent him from doing harm to others is therefore as effective a barrier against totalitarianism as tissue paper against a tsunami. Potential harm to others can be alleged in practically any human action.

Not only is it difficult to perform an action that concerns only oneself—the flap of a butterfly’s wind being able to cause a hurricane thousands of miles away—but we seem to be increasingly sensitive to harm done, or allegedly done, to ourselves. We seem to have revised an old motto, and to now believe that sticks and stones may break our bones but words are just as bad. This is sinister in that it obliterates the distinction between words and deeds.

What is more, the less prone we are, objectively speaking, to illness and accident, the more psychologically fragile we are becoming, as if we expected, as of right, to go through life without any upsets at all, physical or psychological. And since we may be so deeply harmed by words (psychological harm, like beauty, being in the eye of the beholder), our zeal for harm-prevention requires that words should be censored if they are thought by someone to be objectionable. What this leads to, eventually, is that the failure positively to subscribe to some new moral orthodoxy is itself a harm. Thus there will be not only things we must not say, but things we must say. Granted, most of the pressure to conform is as yet social rather than legal, but there are undoubtedly enthusiasts who would like to translate social into legal obligation.

The distinction between words and deeds is not the only one that totalitarians seek to efface. That between the public and the private spheres is also vulnerable. As the young libertarians-turned-totalitarians of the 1960s used to say, the personal is political—which makes everything political. As Shigalov put it in Fyodor Dostoevsky’s The Devils (1871): “Starting from unlimited freedom, I arrive at unlimited despotism”; and politics, not theology, becomes the queen of the sciences.

A not untypical example of conflating the public with the private appeared in the British Left-liberal daily the Guardian recently. Just after the New Year, the paper ran a column about public drunkenness among young British women, a propensity that seems to be somewhat on the decline but is nevertheless more marked than anywhere else known to me.

The scenes of such excess are, if anything, less attractive even than those of William Hogarth’s Gin Lane (1751), and are without the argument of grinding poverty to extenuate them. The young women are not only helplessly drunk but militant in their shamelessness. These scenes are regularly grist for the photographic mill of British tabloid newspapers, whose own attitude to vulgarity is ambiguous, to put it mildly. They excoriate what they assiduously promote, thus simultaneously profiting from vice and the condemnation of vice.

The hypocrisy of the tabloid press in this matter would be a subject of legitimate criticism, but this was not the criticism leveled by Suzanne Moore in the Guardian. The headline of Moore’s piece was, “Binge Drinking Happens: The Problem Is Binge Moralising on Women.” The subhead: “The New Year Shaming of Young Working-Class Women Is a Staple of Tabloid Culture: This Voyeuristic Morality Policing Also Hides the True Story.”

I will pass over the question of whether such behavior really is, as a matter of empirical fact, the province of working class British women alone; and whether, if it were, it would therefore not be a proper subject of condemnation, presumably on the grounds that working class women are not fully paid-up members of the human race and cannot be held to any particular standards of behavior, such as not urinating in the gutter while incapably drunk. I will also pass over the rather strange view that the real problem is moralizing about the problem, and not the problem itself. We would not, after all, say that the problem with murder is moralizing about murder, for if murder is not morally to be condemned it is difficult to say what is morally to be condemned: and this is so even if the moral condemnation of murder goes without saying.

What, according to the Guardian’s Moore, is the “true story”? That “binge drinking is actually the preserve of the middle aged and middle class who sit at home with their fine wines destroying their livers while judging everyone else.”

Now as a depiction of people who drink fine wines to excess, this is of course inaccurate. Such people (who exist) tend to drink every day, continually, not in binges. But this error is not what is significant about this passage; it is its failure to recognize the difference between drinking too much in the privacy of your home and drinking too much and making a public nuisance of yourself. There is a narrow focus here on the act of drinking too much. The subsequent behavior in public is left out of consideration.

One could, as I’ve indicated, imagine a counterargument that the person who drinks too much at home nevertheless affects others. The drinker’s family might suffer as a result of his habit. He is likely to suffer illness whose treatment will have to be paid for by others. On this view, his drinking to excess, albeit in private, is no more a purely personal matter than is drinking to excess in public and behaving badly.

It does not follow from this, however, that the public/private distinction has ceased to be a real distinction. All it means is that there is always a judgment to be made rather than a strict rule to be applied. To be dead drunk in the street and behave in a disgusting manner in public is simply not the same as getting sozzled at home.

The failure to make proper distinctions continues until the end of the article; in fact that failure even picks up speed:

Binge moralising . . . is a problem. One tends to lose all contact with reality in a constant quest for the high of smug superiority. When you are getting your kicks from kicking an unconscious girl, perhaps it is time to look at yourself.

The conflation now is between criticism of public drunkenness, whether it be justified or not, with physical assault. Since such an assault on the helplessly inebriated would clearly be wrong, it is supposed to follow that criticism of them is likewise, and equally, wrong. This is the way freedom ebbs away—for, as David Hume observed, it is seldom that liberty of any kind is lost all at once.