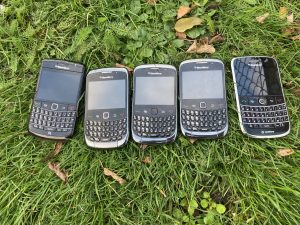 We are creatures of habit.  Once you decide on a brand that you often use – whether automobile, soap, computer, cigarette – the wall street market genii have you hooked.  Probably for life.

I remember when the Apple Macs were in the fight with Microsoft’s OS several years back.  As a ‘creative type’ I should have gone for the Mac but ended up using MS Word, Publisher, etc.  I felt rebellious.  Plus, the IBM built desktops were less expensive!

My father swore that Mercedes was the best production car on the market.  He held on until he fell in love with Miatas.  (Mom wouldn’t let him buy one.  She was jealous.)

Undeterred by the appeal of gadgetry and flash I have bought several Benzes, BMWs and Porsches instead.  I am not about to go electric either (the green peeps will never win me over) nor buy anything from Korea or Japan.  Even if they have a lower upkeep or are more gas efficient.  I will suffer.  I stick to my brand.

Last year ATT announced it would be one of the last major cell phone networks to drop 3G from their system.  I simply bought another BB with 4G capabilities (used on Ebay).  ATT sent me a free cell phone.  I never turned it on.  But I took the SIM, which supported 4G and put it in my BB.  It worked great.  ATT announced that on Jan. 6th this year, they would no longer support Blackberry’s operating system (OS).  Mine is still working.  A couple of apps were dropped though… navigation being the one that hurt the most.  Never mind.  I want my Blackberry and don’t want my fingers to slip and slide on a screen full of buttons and apps that drain power and keep things unhiegenic.

I remember seeing Barack Obama and Hilary Clinton using the same model as I still hold.  They were content.

I don’t need to play video games or watch full length movies on a cell phone.  I don’t record docudramas of events that won’t really matter next week.  Ridiculous.  I want to type messages easily and readily via text or email, get good reception and for people to hear me clearly.  This, Blackberry does very, very well.

The original operating OS was foolproof.  I do not get content pushed to me I never asked for.  I do not feel compelled to stare at a phone all day.  I do not get hacked.  The politicos from a few years back had a nearly foolproof way to keep secrets.  I have started to day trade lately and unfortunately, I cannot get a good stock app on my phone.  Ah well.  I am not changing.  I will run to my desktop.

During the last days of the Obama administration BBs were probably the ones that were hammered mercilessly to kill them off completely and hide things that would have incriminated their owners.   Because that was the only way to make sure.

I can drive and text illegally, single handed.

When gas costs escalated a few years ago, someone stated that they would have to pry her dead hands off the steering wheel on her SUV to separate her from her gas guzzler.  I am waiting for the gas tax to be repealed here in Florida.  The governor promised.  My BMW SUV is a real gasoholic.  I love my Bimmer and my BB.

I can’t get the Shazam music app anymore either.  Doesn’t matter.  I am not switching.

PrevCanada: New Kid on the Totalitarian Block
The Law DebasedNext