Britain and Israel: A Bridge To Maintain 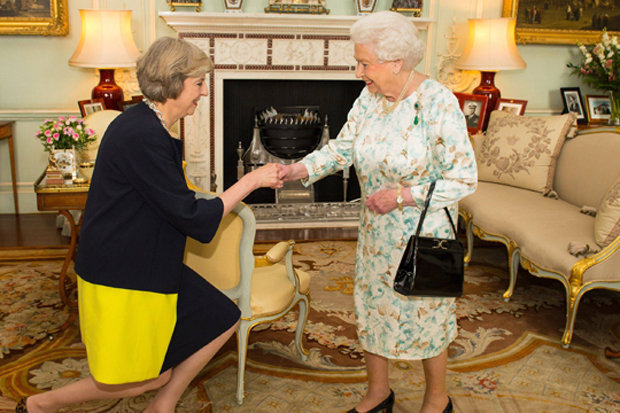 A hundred years ago the British Government in the Balfour Declaration of November 2, 1917, the letter from Foreign Minister Arthur Balfour to Lord Rothschild, viewed “with favor the establishment in Palestine of a national home for the Jewish people.” Since then British enthusiasm for the rights of Jews, support for the establishment of a Jewish state and relationships with the State of Israel have varied.

Before and during World War II, the British authorities ruling in the League of Nations British Mandate and the governments refused to admit or limited the entrance of European Jews into the area of Palestine, even during the Holocaust. In November 1947 the UK abstained on the crucial UN General Assembly Resolution 181 vote calling for partition of Palestine. In 1956 Britain, together with France, persuaded Israel to invade Egypt after President Nasser had nationalized the Suez Canal.

Not until Margaret Thatcher in May 1986 did a British prime minister pay a state visit to Israel. At the Holocaust memorial of Yad Yashem she said she understood why security is of such enormous significance in Israel. Yet, though she had a record number of Jews in her cabinet, she condemned the Israeli bombing of Iraq’s nuclear reactor at Osirak on June 7, 1981, as a grave breach of international law, and subsequently, during the war with Lebanon war, imposed an embargo on shipment of arms to Israel.

Yet, Britain also aided Israel at a crucial moment. Prime Minister Harold Wilson provided Israel with 330 Centurion battle tanks between 1965 and 1967, and in June 1967 sent machine guns, tank shells, and armored vehicles to the country. If Britain made a mistake in its vote on Resolution 2334 on December 2016, Prime Minister Theresa May apologized for it. May at Yad Vashem was outspoken on the historic attacks on Jews when she spoke of the “memory of the most terrible crime of history.”

Today, the two countries, liberal democracies and open societies, are experiencing assaults on their innocent citizens by Islamist terrorists. As a result of events over the last three months, Britain  is now well aware of the terrorist tactics, those that have used in Israel for a considerable time, of vehicles and knives, and sometimes guns. Britain is learning from Israeli experience in police and security services in response to terrorism. Murderous terrorists in both countries are emulating the playbook of ISIS, using trucks and weapons against civilians in soft targets. In one sense the only difference between the two countries is that ISIS and Islamist terrorists claim to be striking against “Crusaders”, European Christians, though it is happenstance that Theresa May is a vicar’s daughter, but also against non-Crusaders, Jews and the State of Israel.

In a sense it is puzzling that Britain and to some extent Israel, if one disregards Palestinians, should have been the subjects of terrorism since commentators and cartoonists in neither country have caricatured the Prophet Muhammad in as uninhibited fashion as some in France and Denmark. Yet, disregard of western values and civility is common, regardless of any justification. At the World Cup soccer match on June 3, 2017at Adelaide between Australia and Saudi Arabia, the Saudi soccer team refused to observe the minute of silence for the London victims of June, two of whom were Australians, because “it was not in keeping with our culture.” Happily, Australia won 3-2.

The Conservative party under May failed to win an overall majority in the parliamentary election of June 8, 2017 gaining 318 seats and 42.4% of the vote to Labour’s 261 seats and 39.9%. This result was surprising because of May’s very strong response to the murderous terrorist attacks, in London and Manchester, three attacks in three months. May recognized these attacks were not long term carefully organized plots after years of planning, but incidents copying each other on the basis of an ideology of Islamist extremism, a doctrine of hatred against western civilization.

However, May did less well than expected and will probably form a coalition government with a minor party. Preliminary analysis suggests a number of factors responsible for the result. The Brexit issue led to an 8% swing to Labour in areas that were against Brexit. Some voters registered dislike of some Conservative proposals such as spending cuts and less money for pensions. Labour leader Jeremy Corbyn proved a far better campaigner than expected. The turnout was high, 68.7%, which benefited Labour.

Above all, younger voters, appear to have made a considerable difference by turning to Labour. Their anti-May song “liar, liar,” was high on the pop chart list with 2.6 million You Tube views. Corbyn courted the young by promises of free university education, maintenance grants for poor students. and ending austerity. This led to an increase in younger people registering to vote. About 1 million younger (18 to 24) people registered after Theresa May called for an election on April 18.

Youth unexpectedly turned out to vote in record numbers, especially in university towns, Cambridge, Edinburgh, Sheffield. In all about 72% of younger people voted; this compares with youth turnout in the election in May 2015 of 43%.

What changes are likely in British policies relating to the Middle East and terrorism? The Conservatives under May and Israel have recognized that the Middle East  has changed drastically in recent years, The great political and cultural meccas of the Muslim Arab world, Damascus, Baghdad, Cairo, Alexandria have lost importance. Instead there are the failed states of Libya, Syria, Iraq, Yemen, perhaps soon Lebanon and Jordan, and a Palestinian stagnant leadership. The western world may still feel the need to avoid antagonizing Arab states, but it is meaningful that Prime Minister May refused to deny or apologize for the Balfour Declaration for which Palestinian Mahmoud Abbas, now in the twelfth year of a four year term, called for in his speech at the UN General Assembly in September 2016. May said, “We are proud of our role in creating the State of Israel”.

After the three terrorist attacks May asserted the need to challenge the hateful Islamist creed, to engage in a counterterrorism operation, and to regulate cyberspace that has been so useful for extremist views. She is aware of the ongoing threats faced by Israel. This attitude is less true of the present Labour leader Jeremy Corbyn who in October 2014 visited the graves of Palestinian terrorists involved in the abduction and murder of  Israeli athletes in the Munich massacre in 1972. He also questioned the Israeli version of the incident when Hamas members abducted and murdered three Israeli youngsters.

More recently Corbyn did not vote for the Investigatory Powers Act , passed on December 2016, to increase the powers of surveillance by the security intelligence service, a policy to increase safety and security of Britain. Lack of sympathy for Israel is certainly very much more true of a considerable number of Labour officials and members who have expressed antisemitic beliefs.

Irrespective of the members of the new British government to be formed by Theresa May, the link between the UK and Israel should be enhanced, in bilateral trade, in university student enrollments, in corporate tax policies, while Britain refrains from supporting anti-Israeli resolutions in international forums. The UK benefits from various relationships with Israel including that with Teva the Israeli pharmaceutical company, the largest supplier of generic drugs in the British National Health Service. The two countries cooperate in the fields of security, intelligence, and anti-trafficking. Moreover, Britain must play an important part in two matters: one is a key role in inducing Palestinian leaders to come to the negotiating table: the other is calling on international bodies to join in the fight and take strong action against Islamist terrorists.