A costly and unnecessary high-speed rail project is emblematic of the country’s cultural decline. 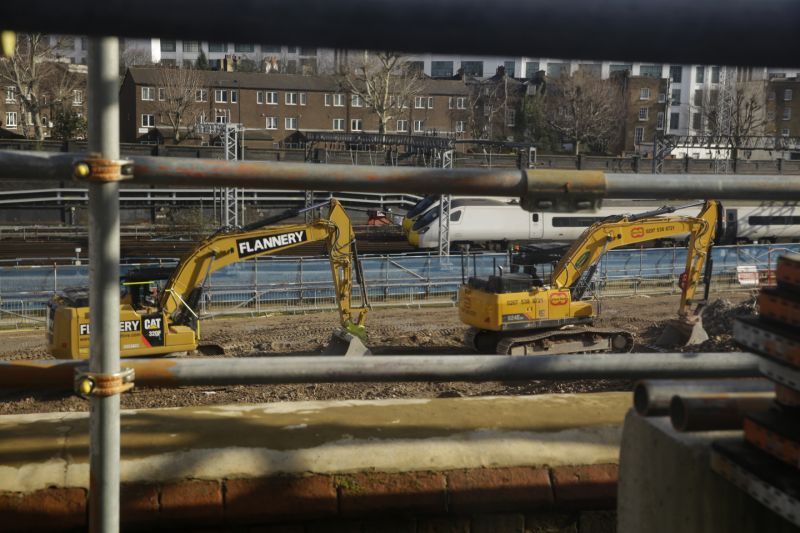 The difference between investment and expenditure seems often to escape British politicians, as does the fact that, while expenditure is certain, returns are not.

Former prime minister Gordon Brown, compared with his successors, had particular difficulty in this regard. Brown always spoke of vast increases in spending on such objects as school buildings as if they were investments that would conduce to higher standards of education. Unsurprisingly, for anyone of minimal powers of reflection, this didn’t turn out to be the case. Instead, the school-building program substantially raised public debt.

It appears that Boris Johnson is about to follow Brown’s path. This month, Johnson approved the HS2, a high-speed train line from London to the North of England. The theory holds that this infrastructure will decrease disparities in wealth between North and South—an important goal, for electoral reasons.

The train line—projected to take at least ten years to build—already has a projected construction cost of over $130 billion. Given the long history of cost and construction overruns of government projects, it is reasonable to expect that it will take longer and cost much more than current estimates. After all, the projected costs have already risen by 300 percent since the scheme was first mooted.

Cui bono? Clearly, the construction companies and bureaucratic hangers-on have dramatically increased the cost, compared with those of high-speed trains elsewhere. So far, with $12 billion spent, we see only scars in the landscape and building sites at stations.

Anyone who has travelled on high-speed train networks in Spain and France will recall the pleasant experience. Both countries have 25 times the mileage of high-speed trains as Britain. The total fixed investment of the French railway system—both high-speed and non-high-speed trains—is valued at less than half the projected cost of the HS2 in Britain.

Neither Spain nor France has greatly outperformed Britain economically as a result of its rail system, though the construction and maintenance of each country’s high-tech network must have trained and employed thousands of skilled workers. It has certainly made moving around the country easier and more pleasant than in Britain, and this is no slight benefit. But it has probably never been less necessary, from a purely economic point of view, for people to get quickly from one city to another, now that telecommunications are so highly developed.

The high-speed train from London to Manchester will cut the journey time from two hours to one. It will not carry freight. It will make it possible to commute every day—at a cost—between the two cities. It remains to be seen if this project is enough to stimulate the economy in the North, where Manchester is already thriving. I remain skeptical. What’s certain is that each hour’s journey-time saved will have been bought at enormous expense.

The HS2 project, first announced in 2009, has taken 11 years just to receive the final go-ahead. It will cost many times more to build than it would anywhere else in the world. The decision to proceed is probably the wrong one. The whole episode is emblematic of the sclerosis, corruption, and incompetence of successive British governments—all symptomatic of a steep cultural decline. Let us hope that Boris Johnson is not on track for more such decisions.