The language of liberation disguises ugly truths or absurdities. 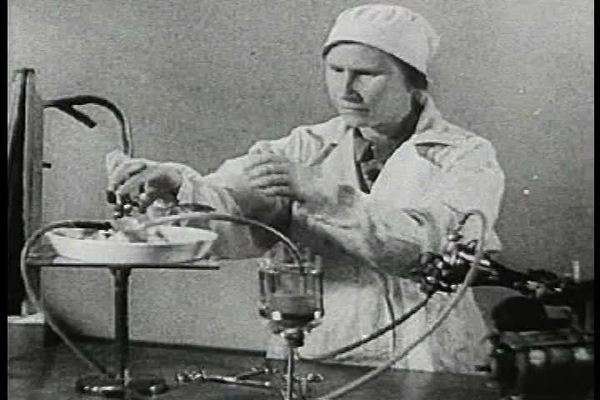 Two items in the British Medical Journal last week caught my eye. The first was an editorial titled “Tackling Female Genital Mutilation in the UK,” and the second was an article titled “Diversifying the Medical Curriculum.”

The most interesting thing about the editorial was what it omitted. “Girls,” it said, “are considered at risk if born to a mother who has had female genital mutilation (FGM). Estimates based on migration data suggest there are up to 60,000 such girls in the UK.” We also learn that “The 2017-18 FGM dataset identified 4,495 newly recorded cases, 83 percent of which were in pregnant women who had been cut before entering the UK.” Nowhere does the editorial mention, however, where the women came from who had been “cut” before arriving in Britain. Poland, perhaps, or the Czech Republic—or Brazil, or Colombia? The United Kingdom is home to many Colombian expatriates.

Is it conceivable that if the women had arrived from, say, a fundamentalist Christian sect in Texas, the BMJ would have omitted the fact? The editors of the journal would no doubt explain their reticence in this case by saying that they did not want to give aid and comfort to what they would have called Islamophobia; instead, they wanted to be “culturally sensitive.” But their “sensitivity” is really cowardice, moral and perhaps even physical, the kind that facilitated the rape of thousands of girls in towns such as Rotherham, Telford, and Luton over many years.

In the article about diversifying the medical curriculum, the authors, two senior doctors, write that “we need to evolve [medical] teaching programs that are reflective not only of those we teach, but of the populations we serve.” Students of Newspeak will know that “evolve” means “decree” or “impose,” and “teach” means “brainwash.”

We learn that “doctors should be equipped with the skills and knowledge to treat patients from minority groups equitably and non-judgmentally.” Presumably, this would entail making no judgment about such phenomena as female genital mutilation, forced marriage, and polygamy. In the authors’ happy imagination, all cultural values are compatible; and no doubt they would advocate a female genital-mutilation service in their hospitals as part of a harm-reduction scheme—because otherwise, the girls would be taken “home” and mutilated there, in unhygienic conditions.

“As clinical academics at a London medical school,” the authors write, “we have run two public engagement events on ‘liberating’ (diversifying) and ‘decolonizing’ the undergraduate medical curriculum. ‘Decolonizing’ describes an academic movement to highlight inequalities resulting from historical colonial influences and to transform and modernize materials. The aim is to make teachers and students aware of any unconscious biases and remove colonial references, thereby creating fairer curriculums. Equality and diversity agendas tend to be top down endeavors, but the decolonizing agenda is more about ground-up activism from those affected by the legacy of colonial injustice.”

The main practical examples the authors give of “decolonizing” the curriculum are teaching medical students how to recognise cyanosis and anemia in dark-skinned patients, and helping them to appreciate the different ranges of physiological measurements of renal function among various ethnic groups. But refining the tools with which doctors approach different populations has nothing to do with decolonization; it is merely an attempt to improve diagnostic skills, to which no one could object.

Like all good totalitarians, the authors have an abominable prose style and have thoroughly mastered langue de bois. They end with a passage of which the late Walter Ulbricht would have been proud:

Any pedagogical development should not be tokenistic and should be underpinned by sound educational principles. These are sensitive matters for many and as educators we need to evolve curriculums in a measured way to produce student-centered pedagogy, reflective of the populations we teach and serve. We are forging through areas of sensitivity and historic injustice, so diplomacy and an understanding of people’s emotional triggers are required, so those leading diversity projects should be reflective about their triggers and privileges.

Welcome to the USMS—the Union of Soviet Medical Schools.