Can a proposed US Middle East NATO include both Arab countries and Israel as allies? 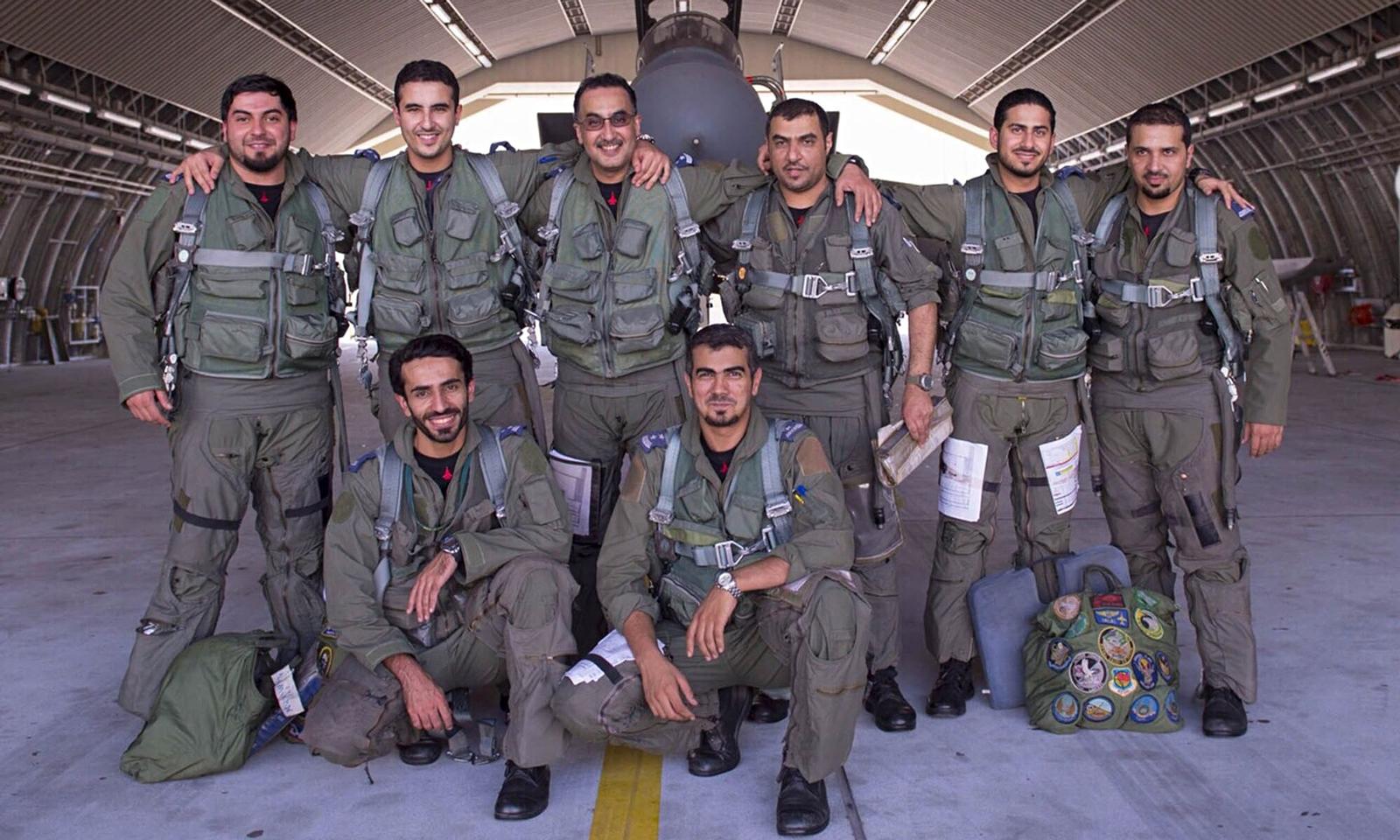 During yesterday’s White House Joint Press Conference with Israeli Prime Minister Netanyahu and President Trump there was a comment about the possibility of a new Middle East alliance that might involve Israel and the Arab States Kingdoms and Emirates a sort of regional NATO.  The Wall Street Journal  published more about that concept in an article on February 16, 2017,” U.S., Middle East Allies Explore Arab Military Coalition.” The father of that concept is a friend of long standing and Trump adviser on the Middle East, Dr. Walid Phares, who first suggested it in 2010 and briefed President Trump on the proposal in 2015. We understand that Phares is being considered for a post at State.

Note these comments with reference to this possible development in a separate Wall Street Journal report on the July 15, 2017 joint press conference, “Trump Drops Push for Two State Solution in MidEast.”

Mr. Netanyahu suggested a common concern in the Mideast over Iran’s growing influence might be at the center of a broader peace effort, including “not just the United States and Israel, but so many others in the region who see eye to eye on the great magnitude and danger of the Iranian threat.

Israel’s technological advanced military and intelligence feed to this regional NATO is seen by several Arab commanders as an essential component in this concept. This despite long term animosity among Arab nations to the Jewish nation. Israel’s missile defense prowess supported by joint US development and spy satellite systems, coupled with its large air and ground forces make it the veritable “strong horse” in the middle east.

That has been vitiated by the threat of Iran’s rising nuclear ICBM developments and evident quest for regional hegemony reflected in the tacit alliance with Russia in the six year civil war in Syria. Then there is Iran’s support of the Houthi rebels in Yemen who recenly made a deadly attack on a Saudi vessel in the Bab al Mandab Red Sea straights.

Note these excerpts from this Wall Street Journal report:

The Trump administration is in talks with Arab allies about having them form a military alliance that would share intelligence with Israel to help counter their mutual foe, Iran, several Middle Eastern officials said.

The alliance would include countries such as Saudi Arabia and the United Arab Emirates that are avowed enemies of Israel, as well as Egypt and Jordan, which have longstanding peace treaties with Israel, five officials from Arab countries involved in the discussions said. Other Arab countries could also join the alliance.

For the Arab countries involved, the alliance would have a NATO-style mutual-defense component under which an attack on one member would be treated as an attack on all, though details are still being worked out, the officials said.

The U.S. would offer military and intelligence support to the alliance, beyond the kind of limited backing it has been providing to a Saudi-led coalition fighting Iran-backed Houthi rebels in Yemen, the officials said. But neither the U.S. nor Israel would be part of the mutual-defense pact.

“They’ve been asking diplomatic missions in Washington if we’d be willing to join this force that has an Israeli component,” one Arab diplomat said. “Israel’s role would likely be intelligence sharing, not training or boots on the ground. They’d provide intelligence and targets. That’s what the Israelis are good at.”
.
Trump administration officials have said they want to revitalize American alliances in the area and take new steps to constrain the regional influence wielded by Iran, though they didn’t respond to requests for comment on the plan. A spokesman for Israel’s prime minister didn’t respond to a request for comment.

But at a news conference on Wednesday with President Donald Trump, the prime minister, Benjamin Netanyahu, said, “I believe that the great opportunity for peace comes from a regional approach from involving our newfound Arab partners.”

Mr. Trump followed by saying, “It is something that is very different, hasn’t been discussed before. And it’s actually a much bigger deal—much more important deal in a sense. It would take in many, many countries and would cover a very large territory.”

It isn’t clear how far the talks on an alliance have proceeded. Currently, the Arab countries involved in the talks have no mutual-defense agreements.

Saudi Arabia and the U.A.E. are putting forth their own demands in exchange for cooperating with Israel, officials said. Those two countries want the U.S. to overturn legislation that could see their governments sued in American courts by families of victims of the Sept. 11, 2001, attacks, they said.

Trump administration officials have told Gulf allies they would lobby Congress to amend the legislation, though it passed last year with overwhelming support that could make changes difficult. Some representatives have expressed regret for supporting the legislation because of concerns the legislation could allow foreigners in turn to sue the U.S. government in other cases, and have voiced plans to amend it.

In a conversation with her this morning she indicated that the two state solution “was dust.” What follows  now could be a time to consider options, possibly the One State solution with its own set of absorption problems vis a vis Arab citizens or realizing that Jordan may be the ultimate state of Palestine.

Bryen reviews some of the history. Here key points were:

In view of our post of the so-called “Arab NATO”, she raised questions during our conversation about any proposed ‘alliance’ that might include Israel in a mutual defense organization with Arab monarchies, States and Emirates.

She noted as this is the 50th anniversary of the Six Day war the obvious concern is how reliable or effective are these Arab militaries.

Given the performance of the Saudis in the conflict with the Houthis in Yemen, who are supported by Iran, it is questionable.

Thus, in a showdown with Iran, unless there is a clear demonstration of capabilities, then how can you consider members of the proposed Arab Nato as effective ‘allies’ of Israel

The following were Bryen’s observations from her Gatestone Institute article:

There were references to meetings (present and possibly future) with Sunni Arab states that are increasingly willing to be seen in Israel’s company.

It should be noted here that Qatar’s representative in Gaza said last week that he had “excellent relations” with a number of Israeli officials. He told the Times of Israel that the Palestinian Authority (PA) was “standing in the way of solutions to the power shortages and other problems” in Gaza. “I am in contact with senior Israeli officials and agencies and the relationship is great,” said Muhammad al-Amadi.

It is still true that Qatar funds a variety of jihadist movements and has been Hamas’s primary funder. But the U.S. Treasury Department praised Qatar for moves to deny jihadists access to funds, and Qatar’s patronage may decline further with the secret-ballot election of Iranian ally Yahye Sinwar to head the organization in Gaza. Trading Qatar for Iran in Gaza is not a plus for Israel, but it may benefit Israel’s Gulf State relations.

Saudi relations with Israel are an open secret — they use third parties to import Israeli high-tech and water technology. Israel has had a diplomatic mission in Abu Dhabi since 2015. Through similar cutouts, Israel has sold defense equipment to Saudi Arabia and the UAE. Relations with Egypt, particularly on security, are close and growing. Israel’s relations with Jordan have been key to Hashemite monarchy’s survival — and the monarch knows it.

None of this should be taken as a sign that Israel is anyone’s long-term friend or partner, but the opening for conversation other than “two states” is there. Where might that conversation go?

We expect to discuss this with Shoshana and Trump Adviser, Dr. Walid Phares, if he is available, on a North West Florida Talk Radio 1330amWEBY broadcast, President’s Day , February 20th.