Canada: Modern but No Longer Very Democratic or Western 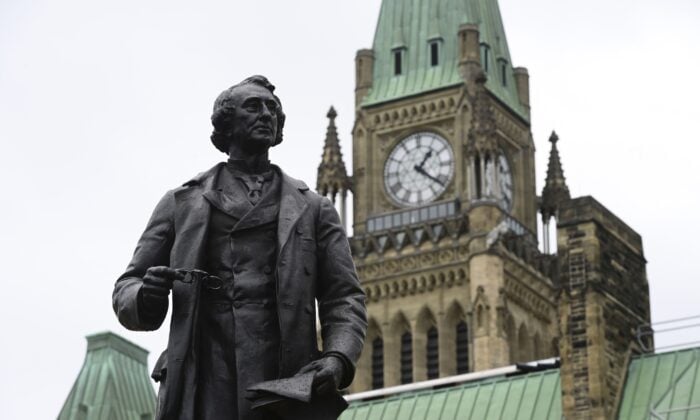 I lived in two developing African countries for 16 years: Kenya and Tanzania. Despite their countries having been wracked by tribalism, corrupting Marxist ideologies, and violence, when you get to know East Africans one on one and in small groups, you will find them looking for the joy of life, deeply appreciative of what they have, funny, down to earth, tolerant of strangers, yet loyal to family and clan and desirous of development.

What do they mean by development? They mean a “country that functions,” a modern country with proper roads, clean water, dependable electricity, and border security, where financial corruption is minimal and nepotism disappears among a growing middle class that slowly takes over representative government from the tribal oligarchs. They would tell me, “A country just like yours—Canada!”

Is Canada that kind of country anymore? I am afraid not. The COVID-19 pandemic has allowed municipal, provincial, and national bureaucrats, both elected and selected, to grab enormous power, all in the name of the “common good.” The various draconian and near endless lockdowns have taken away basic rights of assembly and freedom of movement that go back to the Magna Carta. The lockdowns have beggared the working classes and have contributed to rising unemployment.

The “one size fits all” of the closure of schools has ignored the growing scientific evidence from around the world that kids from 1 to 12 are at a lower risk from COVID-19 than is the adult population. The near ongoing public “non-discussion” of the Swedish health model for handling the pandemic is also worth noting.

The shutting down of disciplined, scientific public debate about COVID-19 and lockdowns among members of the medical fraternity in Canada has been most depressing, and the border controls, quarantines, and forcible placing of returning travelers in government-chosen hotels has a totalitarian feel to it, especially when so many of our elites break the rules and travel in private jets in and out of the country or ignore the hotels when they return from international conferences abroad. These same politicians accuse scientists who dissent of spreading “misinformation.” Do not be surprised. Our Federal Minister of Health is not a doctor. She’s an anthropologist! (Takes one to know one.)

The complete moral and intellectual collapse of the Conservative Party in opposition has been most depressing. Worse still, the recent arrest of former cabinet minister Maxime Bernier for holding a socially distanced outdoor speech for the only real, but nascent, federal opposition party in the entire country, the People’s Party, reminds us of Eastern European tyrants under communism

It would appear that our government is getting very, very used to authoritarian behavior supported by a “bought” media (they gave a half a billion raise to the CBC after being elected). The new C-10 bill, which has been bulldozed past the democratic process of transparent debate and discussion, may bring on a form of censorship of internet communication just short of that of the Communist Party of China.

Law professor Michael Geist of the University of Ottawa has this to say about our predicament:

“Several weeks after Canadian Heritage Minister Steven Guilbeault introduced Bill C-10, I started a 20 part blog post series called the Broadcasting Act Blunder …. The series examined many of the concerns with the bill, including issues such as over-broad regulation and discoverability requirements that would only garner public attention many months later. I thought about that series yesterday as I watched Guilbeault try in the House of Commons to defend the indefensible: a gag order on committee review of the bill, the first such order in two decades. While the bill is in dire need of fixing, what occurred yesterday was far worse than a blunder. It was a betrayal. A betrayal of the government’s commitment to ‘strengthen Parliamentary committees so that they can better scrutinize legislation.’ A betrayal of the promise to do things differently from previous governments. A betrayal of Canada’s values as a Parliamentary democracy.”

Recently, I had the honor of being considered for jury duty here in Toronto. I showed up along with more than a hundred other potential jurors to hear about the case that we may have been called upon to judge.

The two men were announced to the assembled potential jurors by their ethnic group affiliations as having allegedly committed a grievous crime against two women of another and differing ethnic group within Toronto’s cultural mosaic.

Multiculturalism and political correctness had won the day and the poor victims and perhaps innocent accused young men, were already labelled by our activist judicial system as belonging to a group. They were no longer individuals, equal before the law.

Their Charter rites had been swallowed up by identity politics. This was before the trial even began. I was stunned. Collectivism of this nature is not the exception, it’s the rule, and it’s facilitated by the highest court in the land.

Recently, I read through the curriculum manual from the Toronto District School Board for the humanities and social sciences. The entire document is a thinly veiled endorsement of critical race theory and cultural Marxism. Here’s a choice quote:

Intersectionality! The word “race” is mentioned 35 times in the document. In the 408-page document the word “liberty” is never mentioned. I searched the document a number of times looking for it and it did not come up.

I therefore conclude Canada is still modern—it has wonderful roads, communications, wealth, an educated citizenry—but it’s no longer democratic. The checks and balances of our once robust British legal system, based on the paramount rights of the individual, have been sacrificed to the Gods of identity politics activists, multi-culturalists, cultural Marxists, and critical race theorists.

And Canada is no longer Western. Prime Minister Justin Trudeau agrees. He has publicly stated, “There is no core identity, no mainstream in Canada.”

Well, there used to be. Canada was once modern, Western, and democratic. It fought bad guys. It stood up for the good guys (remember World War II?). No longer. I do know that my Tanzanian and East African friends will be appalled by all this, as they suffered terribly under Marxist regimes until the fall of the Berlin Wall and still want to see Canada as a democratic paragon. That’s no longer the case.

As I love this country and its people, I hope things may change.