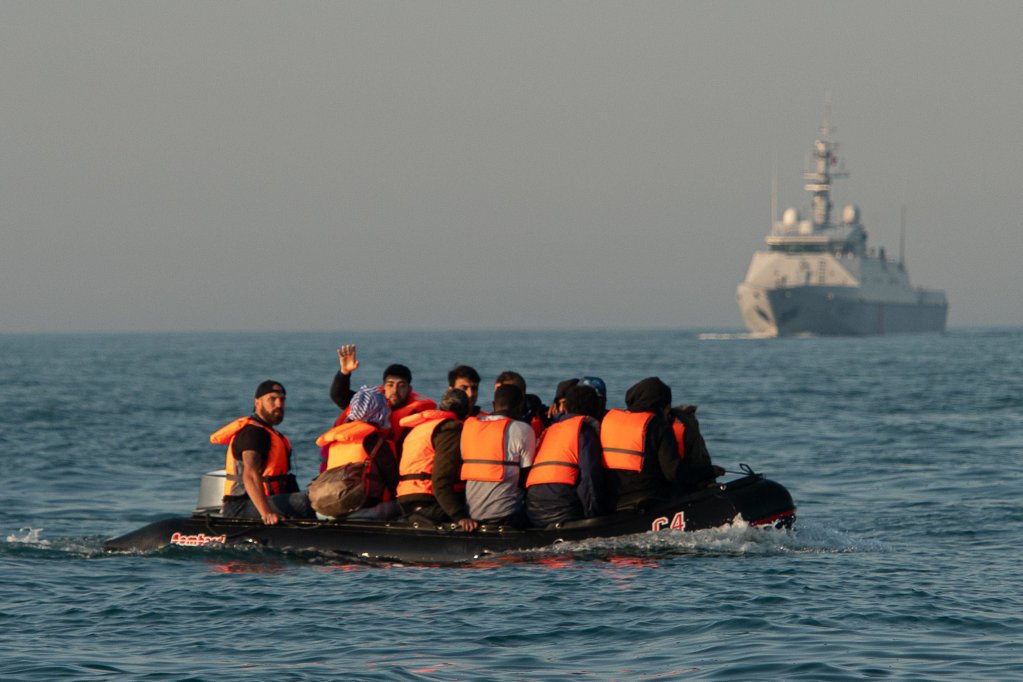 It would take a heart of stone not to laugh at the daily numbers of migrants queuing up to be ferried by Border Patrol boats to the welcoming shores of England.  They are mainly strapping young men, fleeing from poverty, persecution, starvation, religious enmities, tribal displacement, homelessness, all manner of wretchedness–in France.  That great nation is not sufficient to still the fears of the boat people.  Of the two most attractive countries in the world for migrants, the United States and Britain, one only can satisfy their dreams. In England they will be housed in 4-star hotels, given a daily allowance of money, free to talk with the diaspora of their kind who will arrange for work of a sort, some of it even legal.  These vast attractions are well worth the £5-8,000 per head that the traffickers charge for the voyage (which, in spite of the Government rhetoric, is pretty safe, far safer than cycling in our cities).

This country is filling up at a rate which is now seriously alarming to the natives. Illegal migrants are set to number 100,000 this year.

And that is only the immediate head count.  In the past year, Britain gave visas to nearly three hundred thousand dependants.  In America this is called ‘block migration’, a term never seen over here.  The authorities regard it as inflammatory.  But the liberal-left policy of ever-open doors means that the number of non-British entitled to live in this country is approaching the levels foreseen by Jean Raspail in ‘Le Camp des Saints’.  Teddy Roosevelt had a word for this kind of migration, a century ago: America would be ‘a polyglot boarding house for the world.’

The Government, urged to do something, has found it impossible to deal with the problem by conventional means.  Come to a better arrangement with France?  But France has its knee into the British groin over Channel crossing and is not about to ease the suffering of the rosbifs.  Everybody has seen the filming of 40-odd migrants pushing out a large inflatable raft to the sea before boarding it, while a detachment of police looked on impassively.  So now a striking new policy is launched.  Migrants are to be flown out to a reception centre in Ruanda, where their asylum claims will be examined.  If unsuccessful they will not be readmitted to the UK.

The reception has been intense, vocal, and promoted by the disciplined Liberal-Left command structures.  The Archbishop of Canterbury, Justin Welby, a Rowan Atkinson cartoon of outraged morality has denounced the Rwanda plan as immoral.  All the bishops in the House of Lords, with that pack instinct that has taken them where they are agree fully with Welby.  They believe that those who enter the country as the result of a criminal conspiracy have a deeply moral right to stay.  The Prince of Wales has weighed in.  He is not supposed to comment on current policies, but has allowed it to be known in a deliberate leak that ‘privately’ he finds the Rwanda plan ‘appalling’.  The Prince might bear in mind that his mother has survived for 70 years as monarch with a strict policy of never allowing her opinions on anything to be known.  Saving the planet is low on the agenda of the monarchy, but very high on the Prince of Wales’s.  The Rwanda policy happens to be popular with the people, as several polls now show.

Today a jet liner was due to take off with the first consignment of migrants headed for Rwanda.  The numbers of people on it have been greatly reduced by wave upon wave of appeals, by lawyers who are the storm troopers of the anti-Government movement.  They have succeed in whittling down the numbers to a handful in their endeavour to halt to halt the flight, which was cleared by the Court of Appeal.  But at the last minute the European Court of Human Rights declared the flight invalid.  The timing and malignity of the ECHR intervention is now a political crisis for the Government.  Is ‘Human Rights’ the ultimate arbiter of the law in Britain?