Concentration on the Inessential 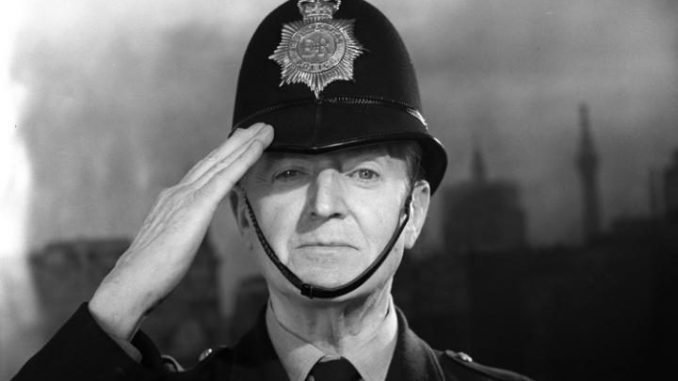 The other week there was a town meeting at which our local Police and Crime Commissioner spoke. First he explained what he did in return for his £100,000 a year, though I cannot now remember what exactly it was. Did he commission crime? This is a very important role, for what would the army of lawyers we have trained do without crime (and regulation) to keep it employed?

The Commissioner, fat and badly-dressed, was in an elected position, but I doubt that on this occasion he won many votes for himself. His tactic seemed mainly to be to contradict the observation of the townsfolk that they never saw a policeman on the beat. He said that he had seen policemen on the beat.

Was he hallucinating? Did the townsfolk suffer from a collective negative hallucination, that is to say the erasure of a perception to produce a gap where in actual fact there existed something to fill it?

The commissioner went on to explain in what ways he intended to improve the service to the police’s customers. The term seemed to cover everyone from little old ladies to serial killers. He confessed that in the past, his officers had concentrated too exclusively on trying to catch the culprits and not enough on what amounted to the pastoral care of the victims.

The editor of the local newspaper, the Journal (which my neighbour calls the Gerbil), piped up, ‘How many of the culprits have you actually caught?’

This question the commissioner dismissed with contempt as if it were a low blow in boxing. Surely anyone with the slightest brain could see that it is far easier to identify the victims than the culprits, and that therefore it was a far more efficient use of police time (in very short supply) to attend to the former rather than to the latter? It did not seem to have occurred to the commissioner – a Conservative, by the way – that most victims of crime would be more reassured by the arrest and punishment of the culprit than by counselling carried out by men or women in stab-proof vests.

I didn’t dare ask, of course, why so many of our police now dressed like the paramilitary arm of some extremist political party, or why they seemed to repress everything except crime and disorder. Their operational motto is taken from that of our psychiatric services. Concentrate on the inessential: it will give you far less trouble.