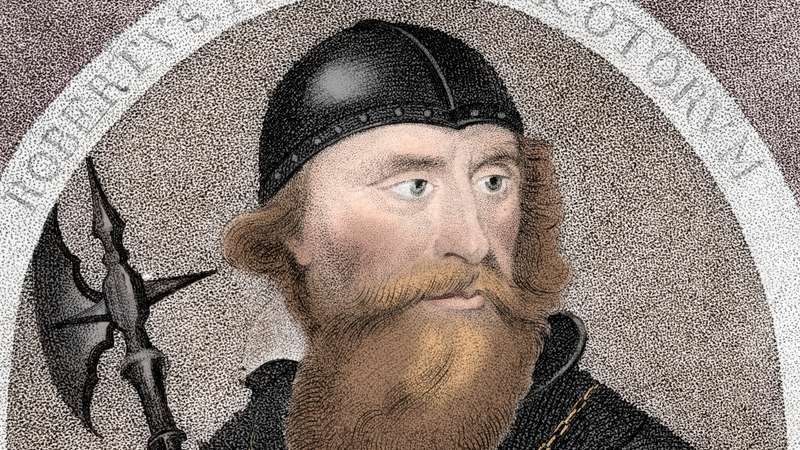 Rule Britannia, Britannia rule the waves, Britons never shall be slaves, thou shall flourish great and free, the dread and envy of them all.

In 43 A.D. the Roman army under General Plautius returned to an island to crush the Celtic people of Britannia, a land ruled by warrior women and druids. They extended the boundaries of the political unit, built roads of clay, chalk, gravel, and flat stones, and cities including Colchester and a place called Londoninium, a fort beside the River Thames. When the Romans left in 410 to defend Rome which was under attack, Emperor Honorius bade farewell, “Fight bravely, and defend your lives. You’re on your own now.”

It is unlikely that the leaders of the European Union gave equally cordial advice to Prime Minister Boris Johnson on the occasion of the end of Brexit negotiations, now that Britain is on its own as a result of the historic deal between the two sides on December 24, 2020. After four and a half years of long and hard fought negotiations, agreement was reached on numerous issues including level playing field guarantees, fair competition, governance, fishing rights, and assurance that UK  companies would not undercut EU standards in unfair competition. Most important the UK is no longer a member of the EU.

The issue of UK relations with the EU has bedeviled British post World War II politics. British political parties were in unusual agreement to end the divisive issue and approve the complicated deal. The dispute is about trade and technical issues, but at the core is the issue of British sovereignty, the ultimate authority in decision making and the maintenance of order. Those who voted for Brexit, Leavers, proclaimed that decisions about the UK should be taken in the UK. and sovereignty was comprised by EU rules and treaties that limited UK legislative freedom. In December 2020 Prime Minister Boris Johnson thought exit from the EU was a moment of real national renewal and change, and that Britain had recaptured sovereignty.

It remains to be seen whether and to what degree this concept of sovereignty is being challenged in the countries that make up the United Kingdom.

The British House of Commons voted in a special sitting on December 30, 2020 to approve, 521- 73, the 1,200 page trade pact with the EU. Conservative Prime Minister Boris Johnson enthusiastically exclaimed that the UK which had taken control “of our money, our order, our laws, and our waters” when Brexit took effect on January 31, 2020, was now forming a new relationship with Europe based on free trade and friendly cooperation. The pleasure and satisfaction in the successful negotiations is well deserved, yet there is a little noticed problem. Despite the overwhelming Parliamentary approval, it is noticeable and a cause for future political concern that members of nationalist parties of Scotland, Wales, and Northern Ireland in the Commons voted against the deal.

Without exploring the 1,200 pages of the deal, a few generalizations may be made. The EU is the UK’s largest trading partner: the deal covers trade worth 668 billion pounds.

Neither side will impose tariffs on goods being traded, and there is no limit on the quantity of any type of goods that can be traded, though there are checks for safety and customs declarations. The UK will be able to make free trade deals with other countries. Financial services, 80% of British exports, will be covered.

Fishing issues were highly controversial and not fully resolved before the UK has full control of its waters. The UK finally agreed the EU will only repatriate 25% of the value of fish caught during a five and a half year transitional period. After the transitional period, the UK will conduct annual negotiations on fishing.

The UK keeps control of its laws, borders, and waters.

There is no role for UK in the European Court of Justice, though the Court may have a role in Northern Ireland: in its place will be an independent tribunal.

Northern Ireland will remain in the EU single market for goods, and EU customs rules will be enforced at its ports. Some products, meat, fish, milk, eggs, from UK will be checked to meet EU standards. New facilities will be required at Northern Ireland ports for inspecting goods arriving from other parts of the UK.

UK will not take part in the Erasmus student exchange program, nor in the Galileo satellite project. Regarding governance, a dispute resolution body with equal representation will be created. Level playing field provisions will ensure fair competition between British and European companies.

However, a major problem is the continuation of the United Kingdom constitutional framework which has changed from time to time. Divorce is always accompanied with pain. The issue of implementation of Brexit has become more pressing not only because of Brexit but because of the impact of coronavirus which has increased the strain between the four nations of the UK. Tension between advocates of unionism and separatism is likely to increase, even though devolution exists, providing for Scotland, Wales, and Northern Ireland to have some legislative power. Scotland and Wales have their own parliaments, ministers and cabinets and have powers over domestic legislation, especially heath. The three countries and England have different rules on issues.

Northern Ireland has had a parliament since the partition of Ireland in 1921, though it has been shut down occasionally. Until 1998, Wales and Scotland were essentially governed by UK departments under the control of a British secretary of state in London. However, both the two countries voted for devolution, and have substantial powers over domestic legislation, especially on health issues.

The Kingdom of Scotland  was created in the early Middle Ages. In 1603 King James VI of Scotland became James I, King of England and Ireland, a union of all three kingdoms. In 1707 the Scottish Parliament merged with the Parliament in London, into a single British parliament. However, a minority of Scottish nationalists still wanted a single Parliament or independence and a Scottish National Party SNP was formed in 1934. As a result of the process of devolution, a Scottish parliament was created in 1998, obtaining a greater degree of self-government, powers to make primary legislation in all policy not expressly reserved for the UK government and parliament, though ultimate power resides in the central government. This arrangement therefore differs from a system of federalism. Devolved parliaments were set up, but the legislation creating them can be changed as with any other legislation.

In the 2016 referendum on EU membership, Scotland and Northern Ireland voted to Remain, while England and Wales voted to Leave. The Scottish parliament voted for a second independence referendum but it was refused. However, the call was reinforced in the SNP election manifesto, an election where the party won 48 of 59 seats  but again the Westminster government, then under Theresa May, rejected  this request. Impetus for independance has been stalled because of Covid-19. Yet the reality is that Brexit has led to a  steady increase in support for independence. In recent polls. support for independence has reached 58%, partly due to the competence and popularity of the SNP leader, Nicola  Sturgeon, the Scottish first minister, and advocacy of James Bond, Sean Connery, born in a working class family in Edinburgh. Sturgeon is arguing that Scotland has been handicapped. Scotland’s fishing fleets will face cuts in fisheries such as cod and haddock, and that there will be increases in the quota available for Scottish trawlers in only five of the 13 fishing areas close to Scotland.

Wales has been regarded as legally part of England since the 16th century. A proposed Welsh Assembly was rejected by Welsh voters in 1979, but support  in 1997 for a devolved assembiy was narrowly supported, 50.3% to 49.7%, and a National Assembly for Wales was created. This was followed the next year by an executive body , the Welsh government. Another referendum in 2011 resulted, 63.4 % to 36.5%  in support for more power to go to the Assembly. Though the nationalist  party, Plaid Cymru, has only 20% of votes in Welsh elections, recent polls in November 2020 indicate that  33% of Welsh population would support independence,

Arrangements in Northern Ireland have always been controversial. Home Rule  was established in 1921, and a parliament of Northern Ireland was  set up. It was ended in 1973 as a result of the troubles that began in the late 1960s, and no other arrangements were successful until the 1998 Belfast agreement, the Good Friday agreement, which led  to creation of a new Northern Ireland Assembly, to bring together the nationalist  and unionist  communities, and a Northern Ireland executive. It was suspended in October 2002 due to a breakdown in the peace process, but in October 2006 a road map to restore devolution was made . The executive was restored   in May 2007.

The problem remains. Now that the call for independence in the UK countries is increasing what is the real meaning of British sovereignty? It was ominous that the meeting of the SNP in August 2020 took place in Bannockburn, the place where Robert the Bruce, king of Scots, defeated the English army of Edward II in 1314.