Crime and Punishment: the Palestinian Image 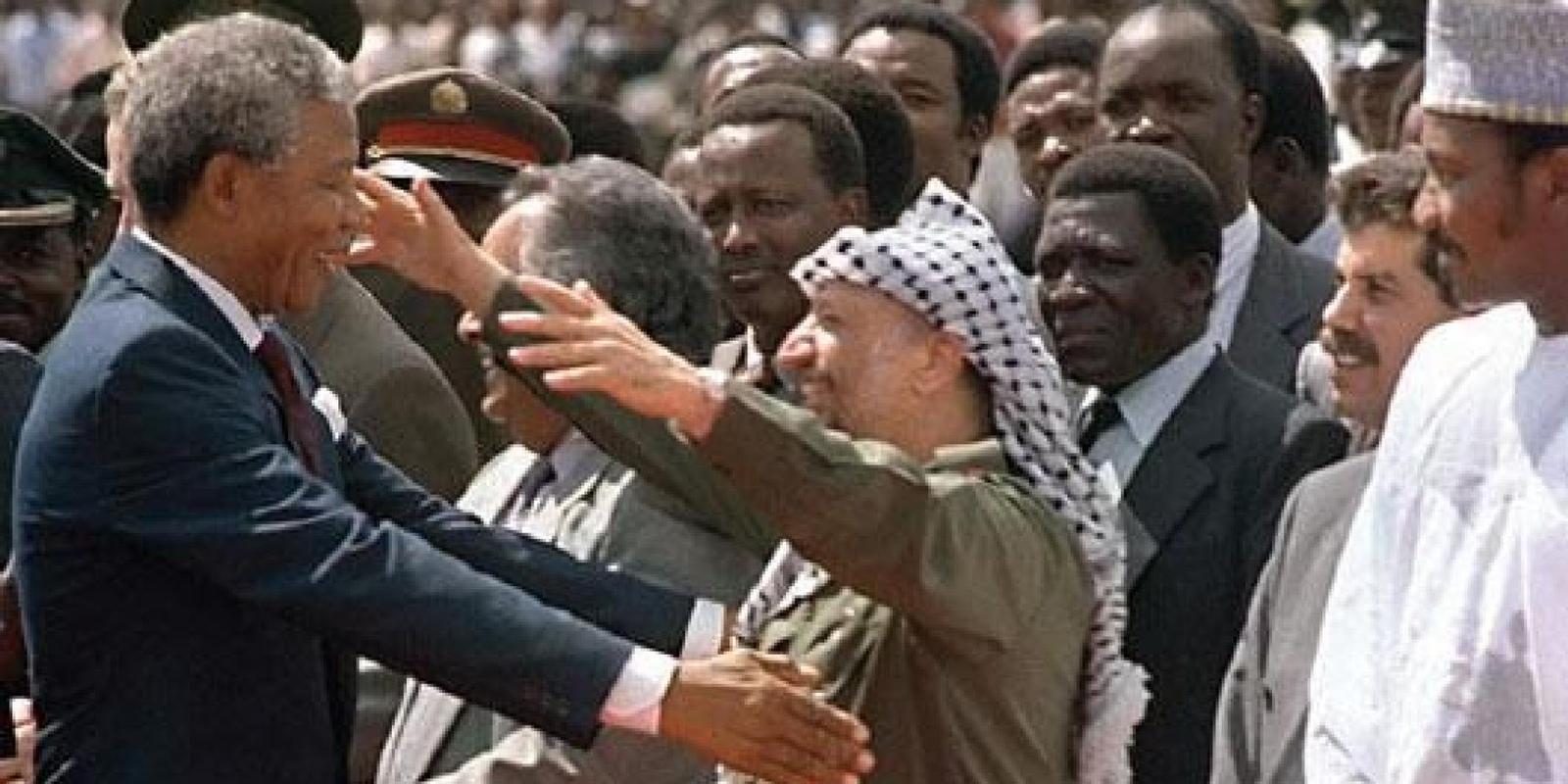 The strategy is famed. If you can’t beat your opponents on the military field, or with facts, beat them with the law. The strategy is an axiom of the Palestinian Authority PA. Having finished the commemoration of Nakba (Catastophe) day on May 15, the day in 1948 when five Arab armies tried but failed to  destroy the State of Israel created a few hours earlier, the PA is continuing the battle by the weapon of international law. The foreign minister of the PA, Riad Malki,  on May 22, 2018 at The Hague called on the International Criminal Court, ICC, to open an “immediate investigation,” into the alleged  “crimes” committed by Israel against the Palestinian people. The chief prosecutor at the ICC, Fatou Bensouda, a Gambian lawyer, has said she will take “any action warranted” to prosecute crimes.

At the start there are three problems. The ICC has jurisdiction over allegations of international crimes of genocide, crimes against humanity, and war crimes.  A case must be referred to it either by the UN Security Council, or by a state that has ratified ICC jurisdiction. The first problem that arises is whether the ICC has jurisdiction in the PA complaint because of two legal factors. One is clear, Israel has not ratified and is not a member of ICC.

The other, more controversial, issue is whether “Palestine” can be considered a state and therefore eligible to bring a suit. This is arguable, though Palestine was admitted on October 31, 2011 to UNESCO by vote of 107-14-52 as a member state, became in 2012 a non-member observer state at the UN, and accepted jurisdiction of the ICC in 2014. However, it is doubtful that “Palestine” meets the criteria of the Montevideo (Uruguay) Convention of December 26, 1933 that defines the criteria of “statehood.”  Essentially, the criteria cover four factors: permanent population, defined territory, government with effective control over a territory, capacity to enter into relations with other states. The absence of these factors in Palestine is palpable. especially as Hamas continues its civil war fight with rival Palestinian faction, Fatah,  as recently as April 2018 in the Gaza Strip.

Another problem for the ICC is inability, since it has no police force, to examine and respond coherently to the PA charge that Israel has committed the crime of “apartheid” against the Palestinian people. The State of Israel may justifiably be criticized for certain discrimination and existing inequities, typical in all states, but only a bigot or intolerant detractor of Israel will equate these imperfecions with apartheid, an institutionalized regime of systematic oppression and domination by one racial group over another racial group or groups.

The introduction against Israel of the charge of apartheid, absurd though it is,  is a shrewd move by the PA, not only because of the obnoxious significance of the concept, but because it has relevance to a crucial international case involving apartheid South Africa.

After World War I, a League of Nations Mandate left the German South-West area of Africa to be administered by South Africa until the territory was ready for independence. South Africa was thus the trustee power accountable to the League of Nations. After World War II and the creation of the United Nations that superseded the League, South Africa did not agree to the area being put under the UN Trusteeship supervision system. Instead, the area became subjected to the rules of the South African apartheid regime, which thus became the virtual de facto ruler. Instead of helping the area prepare for political self determination, South Africa’s application of the apartheid system meant virtual annexation.

As a result, the UN Mandate was revoked by the UN General Assembly, UNGA, in October 1966, and in May 1967 the UNGA established a Council to administer the area until independence. The area was named Namibia. The UNGA decision was endorsed in 1969 by the UN Security Council Resolutions 264 and 269. In1970 the UN Security Council Resolution 276 condemned the illegality of South African control of the area, and then sought the advice of the International Court of Justice, ICJ.

In June 1971 the advisory opinion by the ICJ determined that the continued presence of South Africa in Namibia was illegal, and that South Africa was obliged to withdraw its administration from Namibia immediately, and thus end its occupation of the territory. South Africa did not so until Namibia became independent in March 1990 following a war of independence. The ICJ held that the Mandate had been validly terminated by the UN and therefore South Africa’s presence in the area was illegal.

Is this ICJ advisory opinion, pertinent to two issues of apartheid and illegality, relevant to the PA charge against Israel? Everyone understands there is a complicated issue of disputed territory in the Israeli-Palestinian area, but the present Palestinian leaders are reluctant to accept or comply with the international agreement, UNSC Resolution 242 of November 22, 1967, that the issue of a just and lasting peace must be decided by negotiations.

There is no consensus in international law on the exact meaning of “belligerent occupation,” but most analysts agree that principles concerning it involve a number of factors: the occupier will not annex any part of the occupied territory; the rule is on a temporary basis; the occupier governs in compliance with directives of the United Nations and of international law in general.

However, the cases of South Africa and Israel are totally different, politically as well as physically and economically. The country of Namibia has a territory of 318,000 square miles, a population of 2 miillon, a GDP of $27.4 billion, and per capita GDP of $11,800, while Israel has 8,000 square miles, population of 8.5 million, GDP of $334 billion, and GDP per capita $37.600.

Politically, there are at least two major differences. The first is that the apartheid nature of South Africa not only existed but was not accepted by any other state, while Israel, in which apartheid does not exist, is seen by all objective observers  as the only democratic country in the Middle East and is supported as such internationally. The other difference is that South Africa refused to negotiate with the Namibian minority, while most Israelis are anxious to reach a negotiated agreement, and the PA created by the Oslo Accords of 1993 has limited self-government in the West Bank and in the Gaza Strip over Palestinians.

Instead of negotiations, attacks against have continued. A report based on official data calculates that between 1948 and 2018 Palestinian terrorist attacks killed 3,705 Israelis and injured 14,736. Suicide attacks began in 1989. Because of increasing casualties, Israel in 2003 began building a physical barrier, a “security fence,” that Palestinians called a “wall.” Their arguments also asserted that the barrier was not simply built for security reasons, but also is intended as a land grab, the future border line.

In October 2003 a UNSC Resolution passed by 14-1 and opposed by the U.S. concluded that construction of a “wall in the Occupied Territories” was illegal. After an emergency special session of the UNGA , ES-10/14, the issue was brought before the ICJ. The advisory opinion of the Court was that the West Bank is occupied territory, and that Israel had ways other than the barrier to defend itself, though it did not mention what they were.

The international bodies held that construction of a barrier in the “Occupied Palestinian Territory, including in and around East Jerusalem,” constituted breaches of obligations of humanitarian law and human rights. Their findings are unbalanced in that they refused to condemn the terrorist attacks, still continuing, and suicide bombings, that made the  barrier necessary in the first place. They also refused to recognize that the barrier, though it has caused some problems, has been successful in preventing or limiting terrorist attacks.

International tribunals, including the ICJ, dispensing impartial jurisprudence, have an easy task in rejecting charges of “apartheid” against Israel, but a more difficult one in discussing and challenging the charge of legality or illegality of Israel activity and presence in disputed areas. The task is one of balancing the legitimate security interests and the safety of the State of Israel, and the needs and human rights of civilians in an area held under belligerent occupation. Again, as in so many of the issues concerning Israel, the question is that  of proportionality, a difficult problem that has to be resolved by reasonableness and good faith. Underlying this is the concept there should be a clear relationship between the goal sought, in this case peace, security, and the right of self-defense for Israel, and the least harmful means employed to do this, and for Palestinians a right to self-determination. The courts should concentrate on how benefits and costs should be balanced, not on absurd issues.

Real issues must be examined by international bodies. The ICC should reject both the absurd PA charge of the commission by Israel of “systematic crimes” or “grave crimes,” and also any Palestinian political pressure on the court. Bringing the issue to the ICC is harmful and counterproductive to any peace process. It contradicts the essence of UNSC Resolution 242 of November 22, 1967: every state is entitled to live in peace within secure and recognized boundaries, free from threats or acts of force.

It is still true, let the punishment fit the crime.