DACA: The House We Live In 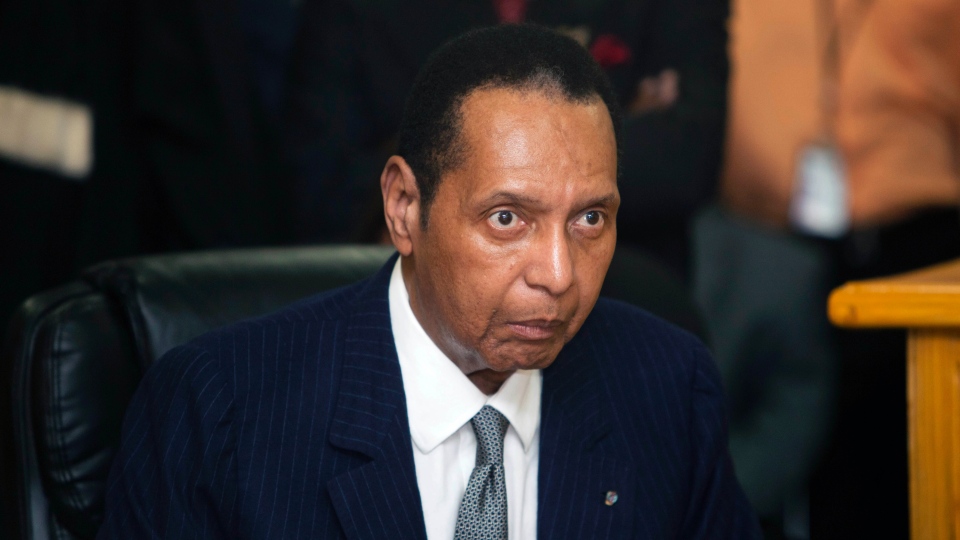 What is America to me, a name, a map, or a flag? In considering the answer, policy makers in Washington should confess publicly that as things stand, “this time the Dream’s on me.” Every reasonable American realizes the urgent need to fix the nation’s immigration policy and to engage in a national conversation on it that is long overdue.

Obviously, the general issue is complex, and highly partisan, and can only be resolved by bipartian cooperation. But for Washington, more immediate, and related to the general issue, are the legal and humanitarian issues, of DACA, the Deferred Action for Children Arrivals program, initiated without a precise executive order by President Barack Obama in 2012. DACA, and the fate of the so called Dreamers, is the first step in immigration reform, and related to it is the TPS, the Temporary Protected Status program.

DACA provides temporary protection from deportation of thousands of undocumented immigrants who came into the U.S. as minors and have lived and worked in the U.S. since June 2007. They, now numbering about 800,000, mostly came from Mexico (618,000), El Salvador (28,000), Guatemala, and Honduras. Their legal status will begin expiring  in March 2018 unless Congress passes legislation for temporary or permanent status.

One understands that the issue is complicated by its linkage with other factors such as the issue of stopgap  government spending which requires 60 Senate votes. But it is imperative that Congress reach agreement on DACA and on whether it is a path to citizenship.

The question is twofold: the immediate one is the constitutionality of the original executive order by President Obama allowing Dreamers to stay; the larger one is the decision on President Donald Trump’s question of why are we having  “all these people from s…hole countries” coming here?

One of the great treasures of European culture is the music of Mozart, the sublime composer of some of the world’s great orchestral works and operas. It always comes as a surprise, though one that is quickly forgiven, that in a number of his personal letters the divine Mozart sometimes expressed himself in scatalogical foul mouthed four letter words. But the Jupiter Symphony 41 in C Major and Don Giovanni alone are sufficient to ilustrate that attributes of divinity not vulgarity were the essence of his personality.

Those attributes cannot be said of American public figures now that American presidents who once knew better words engage, or are accused of engaging, in four letter words to address complex issues. Yet, whatever the precise nature of alleged inexcusable remarks by Trump, the core of the problem is not the use of foul language but remains: should the U.S. still host immigrants who were brought to the U.S. as undocumented childrem through no fault of their own, and who impose no threat to the country.

In his remarks on the subject, Trump made specific uncomplimentary mention of Haiti, El Salvador and unnamed African countries. First, it should be said that the bold headline of January 15, 2018 in New York Times  that Trump’s words “endanger Deal for Dreamers” is both excessive and not relevant to the main issue.

Three things can be said. One is that Trump made the immigration issue, the presence of immigrants at lower levels of education and income than the general population, and the need to reduce immigration a cardinal one, and he sees the continuation of that immigration from countries he considers undesirable as a cultural threat.

The second thing is that it is foolish to condemn a whole country. In his great House of Commons speech on March 22, 1775, on Conciliation with America, Edmund Burke remarked he did not know the method of drawing up an indictment against a whole country. Nor do current political leaders about developing countries.

A third thing is the need to separate immigration reform from the problem of funding a federal spending bill, a problem more politically controversal because Trump insists agreement on DACA must include enough funding for a border wall on the U.S. southern border.

Connected with the DACA issue is the Temporary Protected Status program, TPS, introduced  as a form of humanitarian relief for countries affected by wars, natural, environmental,  and climatic disasters. It has been extended to a number of countries: Haiti, El Salvador, Honduras, Nepal, Nicaragua, Somalia, Sudan, Southern Sudan, Syria, Yemen. Simply stated, it allows people from a particular country living in the US to remain and work until their home country recovers from disaster.

There is a double issue, legal and humanitarian. The legal status of Dreamers will begin ending in March 2018 unless Congress passes legislation for temporary or permanent legal migration status, and Dreamers will lose legal status by March 2020. The legal issue is not finally decided. President Trump cancelled the program, that applies to 800,000 in September 2017, and gave Congress six months to resolve the issue.

However, on January 2, 2018, Judge William Alsup, Federal District Court for Northern California, appointed to the Court by President Bill Clinton in 1999, blocked the implementation of the progam, calling it arbitrary and capicious. A separate problem is that the Judge’s decision ordering Trump to resume accepting renewal applications for DACA raises the  problem of the impartiality of the judiciary in blocking  a federal program.

The Trump administration argues that the whole DACA program resulted from an unconstitional exercise of authority in June 2012 by Obama when Congress refused to authorize a program.

The Trump administration also takes the view that TPS should be removed from immigrants, particularly Nicaraguans, Sudanese, and Hondurans, on the thesis that it  should only apply to immigrants who are contributing to American society. The TPS recipients are normally undocumented immigrants already in the U.S., people who overstayed their visa, or hold some form of immigration status. These TPS people can work in the U.S., but they do not have permanent resident status, nor do they have a path to citizenship.

Trump is terminating the program, with qualifications for South Sudan, and Haiti, arguing that removing TPS from 200,000 Salvadorans is appropriate because conditions have improved in El Salvador, since the 7.7 earthquake of January 2001 that killed 1,100 and displaced more than 1 million.

Legally, in dealing with TPS, officials must look at “conditions in the foreign state.” The key issue therefore is the degree to which recovery has occurred. Has Haiti, a poor and troubled country, the poorest in the Western hemisphere, and where 80% of the 9 million population live in poverty, recovered from natural and political disasters: the 7.0 earthquake on January 12, 2010 that killed 300,000 and left 1.5 million homeless; the cholera epidemic that killed 10,000, and then the 2016 earthquake? Arguably, Haiti cannot absorb the 59,000 that would no longer be covered by TPS.

Today, more than 6,200 Haitians hold mortgages in the U.S., and 27,000 are US  born and therefore citizens. Their unemployment rate is over 10%, more than double the national average. Yet, Haitians have contributed both to US  local comunities and also to Haiti since remittances from US are said to account for 25% of Haiti’s total GDP.

Haiti has been unfortunate in its politics: it has suffered from political oppression, corruption, violence. Rulers have included the corrupt dictator Francois “Papa Doc” Duvalier, 1957-71, under whose rule with secret police, milita, voodoo religion  and cult of personality, thousands were killed and many more fled. He was followed by his young son dictator, Jean-Claude “Baby Doc” Duvalier, who reigned by terror 1971- 86 .

The U.S. has been built on diversity, inspite of immigration laws like that of 1924  that was deliberately designed to encourage white immigrants from Western Europe and to ban applicants from Asia, The country must face the reality that in recent years, white Europeans, 98,000 in 2016, are far less likely to immigrate than Latin Americans and Asians: 443,000 Asians, half a million from the  Americas, and 111,000 from Africa in 2016.

Everyone realises there must be practical solutions to the immigration problem. Yet, irrespective of the final legal decision on review of District Judge William Alsup’s blocking the President’s ending of DACA, the meaningful question for Americans is to what extent will the Statue of Liberty embrace a welcoming attitude to tired, poor and huddled masses?