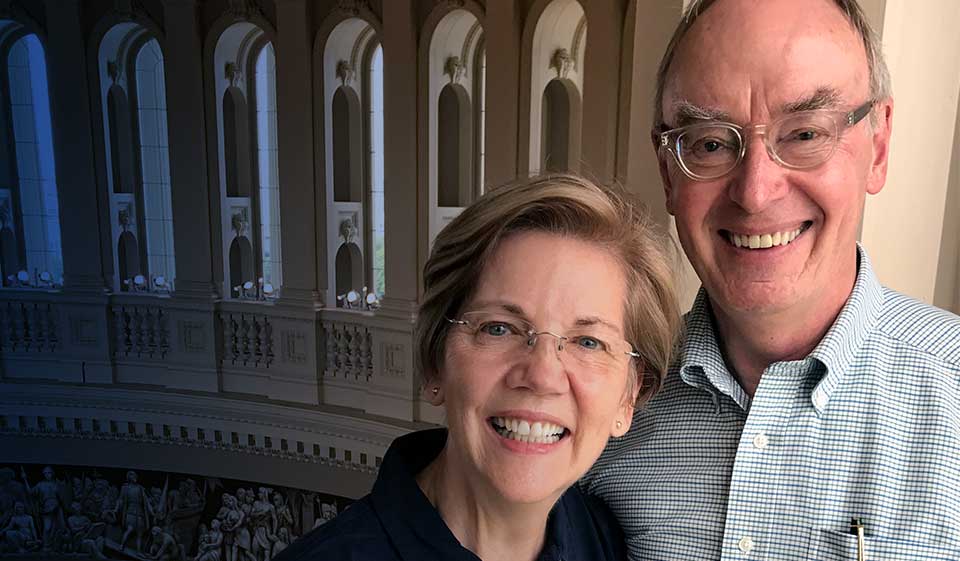 A paradigm shift is a sudden change in fundamental assumptions about, or way of looking at, the world. Senator Elizabeth Warren illustrated one of the most startling ones of recent years with the answer that she gave to a question put to her recently on television.

“How would you react,” she was asked, “to a supporter who said to you, ‘I’m old-fashioned and my faith teaches me that marriage is between one man and one woman.’” Warren replied, “Well, I’m going to assume it’s a guy who said that. And I’m going to say, then just marry one woman. I’m cool with that. Assuming you can find one.”

The audience, reportedly, laughed. The Guardian newspaper said that she had won plaudits for this sally, but it surely must have been something other than the sheer wit of her distinctly sub-Wildean reply that caused the audience to laugh.

For many centuries it was assumed that marriage is between a man and a woman. However, we have changed all that, as Sganarelle, pretending to be a doctor, said when he was told that the heart is on the left and the liver on the right. And we have changed it all in an historical twinkling of an eye.

Senator Warren’s semi-facetious reply was a masterpiece of deniable dishonesty. In that sense it was worthy of admiration for its subtle employment of the old rhetorical tricks of suppressio veri and suggestio falsi. What did her assumption that it was a man who asked the question mean to imply? Surely that men are the principal beneficiaries of marriage and that women its victims—under the assumption that human relations are a zero-sum game. In one circumstance, the senator’s implication was correct: that of forced marriage as practiced, say, by the people of Pakistani descent in Britain, which allows men their freedom to play around while the wife stays at home as a drudge, whether domestic or sexual or both. But it is unlikely that the senator had this situation in mind, since it would have contradicted her multicultural sensibilities, and her audience’s politically correct sensitivities, to have said so.

In fact, ample evidence exists that marriage is protective of women rather than harmful to them, to say nothing of their children. If I were a Marxist, I would say that Warren’s attitude was a means by which she strove to protect the interests and power of the upper-middle classes against those of the lower classes, for the higher up the social scale you go, the stronger the institution of marriage becomes, for all its hypocrisies and betrayals. The upper-middle classes pretending to despise marriage are no more sincere than was Marie Antoinette playing shepherdess, though they do more harm by their pretense than Marie Antoinette ever did, for no one was ever encouraged to become a shepherdess by her playacting. It is otherwise with the upper-middle class’s playacting.

But perhaps the most destructive (and surely insincere) aspect of Warren’s answer was the implication that it now requires tolerance to countenance marriage, the assumption being that marriage is abnormal and therefore to be reprehended—the need for tolerance implying reprehension, for there is no need to tolerate what we already approve of.

As for the senator’s implication that men with traditional views will have difficulty in finding a woman to marry—or even have trouble getting a second date, after they express their deplorable opinions on the first one—my experience of treating unmarried mothers is that they hope that their daughters will not follow their own path in life, but rather find a responsible, stable man as the father of their children. The problem is that such men seem in short supply in their social sphere.

The audience’s laughter implied that at least a part of the population is willing, perhaps eager, to be complicit in Warren’s dishonesty. If criticized, she could always claim that she was only joking, but behind her joke she was deadly serious. Or should I say deadly frivolous?