Detente on the horizon in Washington’s war on Trump 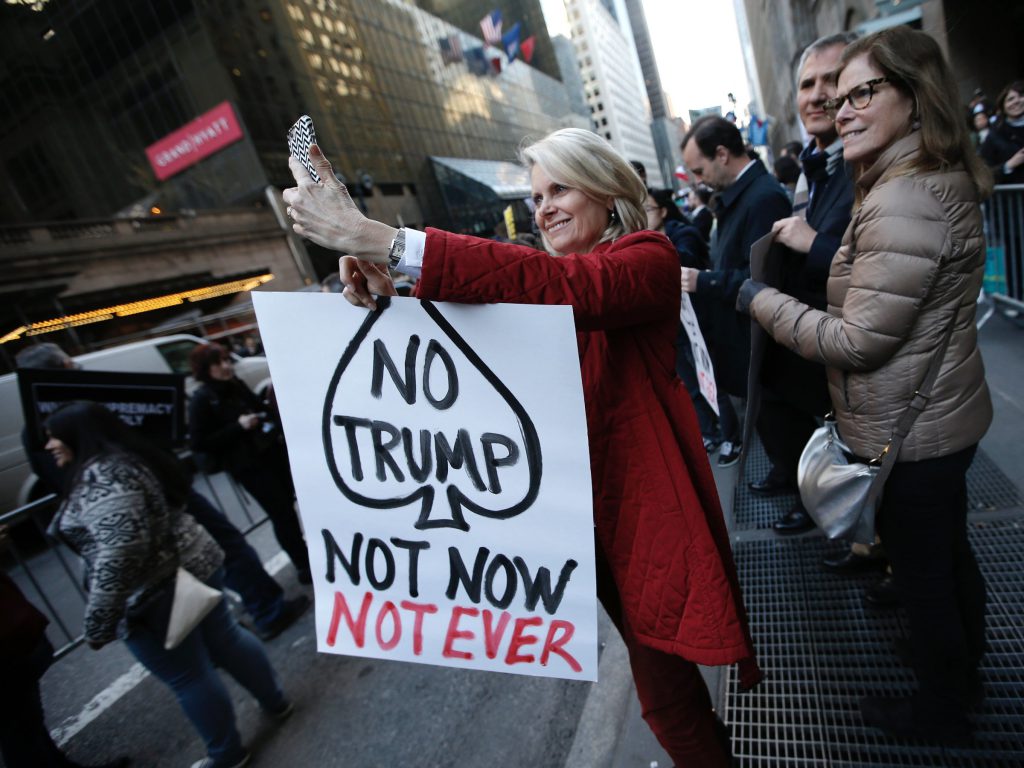 The long-awaited de-escalation of Washington’s war with Trump seems finally to be happening. Prior to the president’s trip to the Middle East and Europe, the anti-Trump media was abuzz with intimations of “impeachment territory,” (the ludicrous phrase of David Gergen, who served President Reagan and President Clinton well, but may have contracted some of the bovine spongiform encephalopathy that plagues CNN, where he now comments). While the president was overseas and the tweets were rarer and unexceptionable, it came to light that the likeliest Russian interference in the election apart from Wikileaks, may have been misinformation.

The whole Russian controversy began with the ineffable John Podesta (whose own contacts with the Russians have raised eyebrows). This was followed by the outrageous release by former Democratic Senate leader Harry Reid of a letter to the FBI that made public the infamous Steele dossier. This generated the Golden Shower allegation that Trump had orchestrated a group of prostitutes to urinate on a bed in a Moscow hotel room where the Obamas had once allegedly slept. This dossier had been drifting around untouched by any respectable media for months, and is generally presumed to come originally from Russian sources. CNN then exhumed Carl Bernstein, flaccid but imperishable, to try to lend credibility to this fatuous story that it claimed was the result of their great journalistic enterprise. The president’s response was the phrase “fake news,” le mot juste for such nonsense.

While the president was abroad, it emerged that Former FBI director James Comey may have publicly recommended against prosecution of Mrs. Clinton after Russian intelligence falsely alleged the existence of emails showing that then attorney general Loretta Lynch would not recommend prosecution of Hillary Clinton. The Washington Post, whose desire to see the president cleared of suspicion is not fervent, concluded that Comey was misled by Russian disinformation. There is nothing legally or morally wrong with an honest mistake, but if this line of interpretation has any legs, it will not do any harm to the administration but will discredit all those, mainly Democrats, who have been dispensing venomous innuendos against it as if from an incense pot.

The mandate of Robert Mueller is to examine Russian influence on the election and other “relevant matters,” and the sudden sharp decrease in volume and aggressiveness of the Trumpophobes may reasonably be deduced to be the result of dawning awareness that they may be chasing their own tails toward acute self-embarrassment. Bernstein’s old sidekick in the Watergate lynching, Bob Woodward, became so concerned at the vulnerability of the accusers that he cautioned against Watergate comparisons and against premature references to any possibility of impeachment.

It is always difficult with this president to know when he is hyper-sensitive, or insensitive, or being tactically very sophisticated. I have written elsewhere that the terribly overheated attack on the president’s executive orders about screening and temporarily banning migration from six terrorist-infested countries was designed to incite Trump to ignore the court so his enemies could tune up their charges of authoritarianism and lawlessness. And after vintage huffing and puffing, Trump has proceeded through the courts and should be sustained by the U.S. Supreme Court. If he is, there will be a deafening sound in Washington of the deflation of a giant hot air balloon.

It is not conceivable to me that the president was particularly upset by the Mueller appointment; Senator Schumer, Congressman Schiff, (the incarnation of the political idiocy of Hollywood, which is in his district), and others had shouted themselves hoarse calling for a special prosecutor, by which they clearly meant an Archibald Cox or Lawrence Walsh or Ken Starr-like zealot who would completely immobilize the administration up to the mid-term elections. The engagement of Mueller, an apparently more sober personality than the special prosecutors mentioned, with a mandate to take over the existing well-advanced FBI investigation and lead it within reasonable guidelines as a special counsel, with constrained powers compared to what Schumer and Schiff were hoping for, was a well-placed shot. Comey had already said that Trump was not a suspect; and his deputy, acting director McCabe, had confirmed that the Bureau had not been interfered with or short-changed of resources, contrary to allegations in the New York Times.

The tide is going out and the whole collusion nonsense (which Tom Friedman of the New York Times said was as serious as the Pearl Harbor and 9/11 attacks) is now down to dark murmurings about the president’s son-in-law speaking after the election with the Russian ambassador. Jared Kushner has let it be known that the ambassador called him and that he will be happy to testify under oath to any appropriate congressional committee whenever he is asked.

The rubbish about the president disclosing Israeli intelligence to the Russian ambassador was mocked by the Russians and denied by the Israeli prime minister, even as the anti-Trump leakers within the administration strained the alliance with the United Kingdom by releasing MI5 intelligence about the Manchester suicide bomber while the British were still rounding up suspected accomplices.

Rear guard actions were conducted by Charles Krauthammer, who has kept his head throughout though not a Trump admirer, and others, claiming Trump should have emphasized support of Clause Five of the North Atlantic Treaty. His support of NATO was nonetheless clear and Clause Five is the essence of the alliance, (and as Krauthammer certainly knows, it is tempered by the following clause that says that each alliance member will determine how it wishes to respond to the attack on all). Clause Five has only been invoked once, after the terrorist attacks on the World Trade Center and the Pentagon in 2001, and that was largely intended to try to restrain the George W. Bush administration from over-reacting against the Muslim world.

Neither the president nor his son-in-law evince the slightest concern about the strength of their constitutional and legal positions, and the rather besieged air of the first hundred days White House has faded as the rabid nature of the Schumers and Schiffs has also abated. Speaker Paul Ryan was contemptibly unsupportive, declining two weeks ago “to prejudge” the outcome of the president’s travails, not a hint even of presumption of innocence, but the task now is to pull the Republicans together and get healthcare and tax reform adopted. I still think it was the correct move to put healthcare first, as that can be done with bare majorities, and tax reform will require some Democrats in the Senate. It will be harder for Schumer to sandbag the administration if healthcare is in place and if it means voting against tax cuts for lower and middle income families and all businesses, especially if there are no leaks enflaming the dying embers of the collusion myth as Mueller performs his task.

PrevEnough is Enough: the Fight against Terrorism
Burying Thatcher’s LegacyNext