This comes as no surprise. From the Huddersfield Examiner 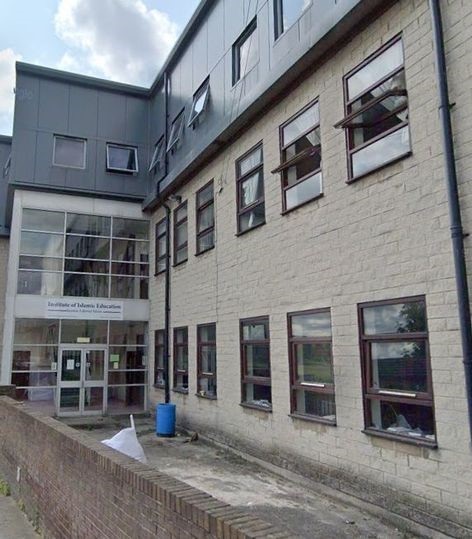 A Muslim faith school in Dewsbury has been rapped by the schools watchdog Ofsted after inspectors found a book calling for gay people to be executed.

An Ofsted report published yesterday (July 20) reveals officials were shocked to find the book in the Institute of Islamic Education’s school library.

Excerpts from the book ‘Islam on Homosexuality’, which had been stamped as an official library book by the school, say the participants of the homosexual act ‘should be slained [sic] whether they are married or unmarried because in filth and mischief of this act surpasses adultery.’

There is also a paragraph in the book entitled ‘putting to death’ which goes on to say…’the evil doers should be put to death’.

When inspectors queried the shocking content it said some school leaders defended it as for ‘research’ purposes.

The Savile Town institution, (which is located within the grounds of the West Yorkshire town’s Makazi Mosque) has 234 boys on its roll aged between 11 and 25.

Ofsted’s report highlights the fact the book is in breach of the Equality Act 2010, making it essentially illegal to teach it. They commented: “By permitting this book to be freely accessible to pupils, leaders are failing to promote respect and tolerance for others, a fundamental British value.”

The inspection report reveals that Ofsted was asked to inspect the school following two complaints. The school had been inspected in February 2020, and rated Inadequate – the worst rating – amid concerns about teaching and leadership standards.

Alongside the inappropriate book the latest report highlights a number of other areas of concern including a “weak culture of safeguarding” and host of other safety issues, including:

The school on South Street, which charges £3,000 a year to its boarding school customers and £1,400 to day pupils, released a comment at 5pm.

“…Following the inspection, trustees and leaders at the Institute have acted swiftly and decisively to address the issues raised by the inspectors. . . The majority of the areas for improvement identified have now been rectified . . . The Institute’s full and unequivocal commitment to fundamental British values has been reaffirmed, and all books in its library are now consistent with these values. Systems are in place to ensure that the quality of education and care provided by the Institute to its students is of the highest standard and is compliant with all statutory and regulatory requirements.”

You only have to read The Islamic Republic of Dewsbury by Danny Lockwood, or the Dewsbury chapter of Ed Husains latest book to get an idea of the sort of culture pervading the area