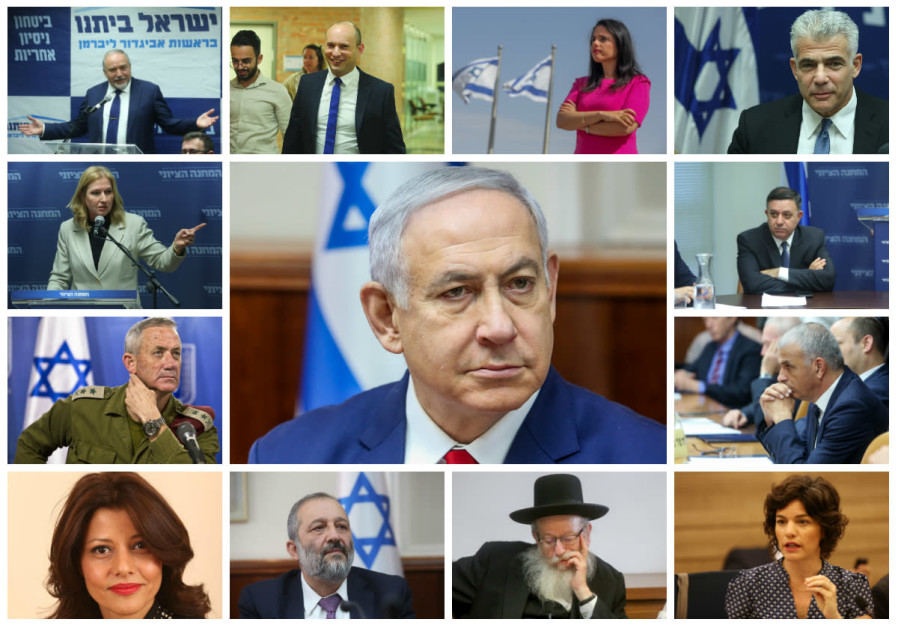 Eppur si muove, and yet it moves. Galileo Galilei, 1564-1642, may or may not have uttered the words after being forced by the Catholic Church to recant his argument that the earth moves around the sun and not the converse. The aphorism exemplifies independent challenge of inaccurate authority and is a symbol of intellectual freedom, but is also a reminder of the reality of existing phenomena. Nowhere is this more true than in the reality of life and politics in Israel, a country that comprises only a miniscule amount of land in the Middle East, that has been able to survive and act in the context of the dangers and the changes in its region.

Israel has been notable in recent years as the Start Up nation, the country that had the largest number of startup companies per capita with a culture for innovation and a fertile ground for innovative ideas. Today, Israel aims to be the vaccine nation, the first country to escape from coronavirus Covid-19 by vaccinating the majority of its citizens by the time of a crucial event in March. Already it has administered the vaccine, Pfizer-Bio N Tech, to more than 20% of its nine million in two weeks, a higher proportion than any other nation. But if the country can conquer the pandemic it still has to deal with its volatile politics and unstable governmental system, and appears to suffer from an incurable disease, Electionvirus.

What would a year be without a national election in the State of Israel? Technically a national parliamentary election for the Knesset is supposed to be held every four years. It is based on proportional representation, resulting in a multi-party system with a number of political parties gaining seats in the Knesset. Israelis vote for parties, not individual candidates, and the 120 seats in the Knesset are divided among parties in proportion to their share of the national vote. From the beginning, no party has ever won a majority of seats. To decrease the number of parties who win seats, since 2015, the threshold of the total vote to gain a seat has been raised to  3.25% of the total. At the last election in March 2020, 13 parties got seats, divided among the labor, revisionist, religious Zionist groups, and the Joint Arab party.

Israel in two months will be having its fourth  election in two years, after previous ones have been indecisive and no party was able to obtain a parliamentary majority.  In the last election in March 2020, Likud, led by Benjamin, Bibi, Netanyahu, got 29.46% vote of the vote and 36 out of the 120 seats, its chief rival, Blue and White led by Benny Gantz got 26.5% and 33 seats, and the Arab Joint List, led by Ayman Odeh, received 12.67% and 15 seats. Gantz, the white knight, did not gain enough seats to slay the giant Netanyahu, agreed to join a coalition government to deal with the economic crisis and above all with Covid-19, an arrangement that allowed him to share, alternatively, the office of prime minister.

But after an uneasy period of this theoretical power sharing coalition government, Netanyahu and Gantz, failed to agree over important issues, judicial appointments, and over the state budgets. Consequently, the Knesset, on December 23, 2020, was officially dissolved. An election for the 24th Knesset will take place on March 23, 2021. The list of parties that will run candidates must be submitted by February 4, 2021.

The new election will take place in an atmosphere of Covid-19, cigars, and champagne, and is largely a referendum on Prime Minister Netanyahu as the crucial figure. He not only faces a host of rivals, but has been indicted on charges of bribery, fraud, and breach of trust, accused of improper relationships with two businessmen from whom he received gifts of boxes of cigars and cases of champagne, worth $198,000, and dispensed favors to get favorable treatment on a web site.

Bibi, whose parliamentary career started in 1988, and who has occupied various official positions, first became PM in 1996-99. Born in Tel Aviv in 1949, he has been PM for 14 years, is the longest serving PM, and the youngest elected PM, and the first PM to be born after the state of Israel was founded in 1948.  He has survived seven elections over his fifteen years as prime minister, 1996-99 and 2009-2021. Bibi has been the dominant force in his generation, a captain in the military, a graduate of MIT who is equally fluent and a gifted speaker in English and Hebrew, a marketing executive who has applied his skills to politics, a figure on the international stage. He has presided over a successful economy, a period of relative security, and most recently expanded ties  with Arab and Muslim countries that for seventy years have been distant or unfriendly to Israel. He has been courting Arab voters to vote Likud or to support him if he attempts to form a new government. He has included an Arab candidate in his party list.

At present no full list of parties for the election has been announced, and divisions, almost daily,  are taking place. A simple score card is desirable. At the core is Likud, the center-right, secular party led by Bibi who in the past has been able to retain power with allied support. His tactics now are to prevent right wing votes being lost to splinter parties who would not pass the threshold line to gain seats. Likud still appears to have more popular support than any other party or group, but it has lost support by the split from the party of Gideon Saar who has formed his own party , New Hope. A long-time member of Likud, former protegee of Bibi and a government minister, Saar has accused Bibi of using Likud for his personal legal problems, and holds that  Bibi cannot serve as prime minister  because of the criminal indictments against him. Saar has hired four Americans, founders of the Lincoln Project, a group that campaigned  in 2020 to draw Republicans away from Trump.

Netanyahu perhaps can rely on support from religious Zionist parties, Shas, and United Torah Judaism., but is challenged by others. Yamina, led by Naftali Bennett, child of American parents, Orthodox, high tech entrepreneur is a contender to be PM. The day of Gantz appears to be over, and his part Blue and White, the center-liberal alliance, has disintegrated, between the Israel Resilience party, and centrist, secular, anticlerical Yesh Atid, led by former journalist Yair Lapid. Labor, the leading party for the early decades of Israel has been declining, and will probably not win 10 of the national vote.

But surprises may be in store. One is the emergence of Ron Huldai, 76 year old mayor of Tel Aviv for 22 years, former combat pilot, secular leftist, who has formed a new liberal party, The Israelis. Even former PM Ehad Barak is considering a comeback.

Then there are the Arab parties. In March 2020, more than 90% of Israeli Arab citizens voted for The Joint List , considered to be  the voice of moderation in Arab society.

The Israeli election will be followed by an event that is probably largely an attempt to please the incoming U.S. administration of Joe Biden. The head of the Palestinian National Authority, Mahmoud Abbas, on January 15, 2021 announced that Palestinian presidential and parliamentary elections would be held on May 22 and July 2021. Elections are not a disease from which Palestinians suffer. Abbas, now 85, leader of Fatah, was elected to his PNA office in January 2005 for a four-year term, thus he is in his 17th year of his four-year term.  In the election in 2006 for the Palestinian Legislative Council, the Fatah party was beaten by the rival Hamas party which in 2007 generated a civil war not yet fully reconciled, and seized control of Gaza. Since then, there have been no Palestinian elections for either president or legislature. Residents of east Jerusalem are expected to take part in the Palestinian election, and vote in their villages and neighborhoods that are under Israeli control and within the boundaries of the Jerusalem municipality.  It remains to be seen if real, fair elections will be held, and whether it will produce a Palestinian partner willing to enhance the possibilities of progress in the peace process that was supposed to begin after the Oslo Accords in 1993, and the resolution of the status of the West Bank.

Early public opinion polls provide different results for the Israel election. The political game continues. So does the State of Israel, concerned with Iran as an existential threat, but cementing normalization agreements with an increasing number of formerly hostile countries,