Erasing the Past: The Modern Culture of Amnesia 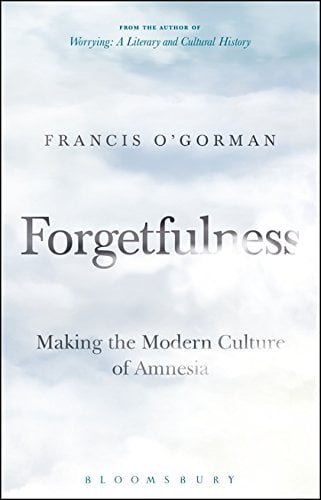 The tradition of all dead generations, wrote Karl Marx in his The Eighteenth Brumaire of Louis Napoleon, weighs like a nightmare on the brains of the living; and this is certainly how history is often taught or used these days, at least in the academy, as if the past were simply something to liberate ourselves from.

History as nightmare explains why Europe is so paralysed in its feeble efforts to control immigration into it by people of very alien culture: any reference to national identity or desire for the preservation of a culture is deemed to be the first step on the slippery slope to Auschwitz. In the United States, only the still-undigested history of slavery could explain the extravagant praise heaped upon a book such as Ta-Nehisi Coates’ ill-written and worse-argued book, Between the World and Me.

Of course, there have been nightmares in history – regrettably many of them. But history as nightmare is not the whole of history by any means. Only if you take all that exists for granted, as if it were a natural phenomenon something like the weather, can you fail to appreciate the achievements of the past. It is one of the theses of Francis O’Gorman’s short but intense book that we increasingly live in a state of cultural amnesia, in which the past is of interest to us only in so far as illuminates, explains, or justifies our current discontents; for our minds and gaze are fixed firmly on the future. We stare ahead without ever glancing behind.

One of the underlying problems, argues Professor O’Gorman, is in consumer society brought about by globalised capitalism. Our economy is such that it depends utterly on creating new desires among consumers, whether or not the satisfaction of those desires leads to happiness or anything worthwhile sub specie aeternitatis. Without a constant desire for something new, for something supposedly better, our economy would deflate like a balloon emptied of gas. If a large proportion of the population were to decide that it already had enough to meet its needs, and that it would be no happier if it possessed anything else, economic activity would stagnate at best. It is therefore necessary that there should be a population that is never materially satisfied, that supposes that the next purchase will bring it fulfillment: which, of course, it never does, which explains why so many people go out shopping when they actually need for nothing.

In addition (though Professor O’Gorman does not mention this), modern man has no real conception of the sub specie aeternitatis in the first place. This is because religion is dying where it is not already dead. We build for the immediate rather than for the distant future; everything is merely provisional, even our cathedrals to Mammon. Although our gaze is turned firmly to the future, it is only our future that we are concerned with: we live in a golden age of egotism. And without a concept of the enduring, we lose all discrimination – discrimination in the proper sense of distinction between what is truly worthwhile and what is at best meretricious.

O’Gorman lays the blame for this situation on two main trends: global capitalism and developments within the academy. Global capitalism flattens differences in tastes and cultures, everyone everywhere consuming the same branded products. (One of the most extraordinary phenomena of tourism in Britain is the arrival of large numbers of shoppers from China, who are taken straight after their long journey in buses from the airport to a so-called village which consists of outlets of brands of clothes and accessories that they could have bought at home, though presumably at greater expense.) Consumption in the modern world becomes the meaning of life, a meaning that can only be sustained if what is consumed constantly changes.

The second development, which emanates from the academy, is the now almost universal acceptance of cultural relativism, according to which there are no grounds for judging one manifestation of culture better than or superior to another. Among the progenitors of this notion is that of the death of the author – that texts have no meaning beyond those that the reader finds in them – and that words have no meaning to tether them to reality, so to speak, so that not only in the beginning was the word, but in the end as well. In these circumstances, there is no more reason to study Shakespeare than to study Superman comics, perhaps less in so far as the latter are more recent and therefore more accessible to ourselves.

Oddly enough, the death of the author and meaning is compatible (psychologically compatible, that is, not logically compatible) with what has been called the hermeneutics of suspicion, the sniffing out of contradictions to current political pieties or obsessions, whatever they might be at the moment, in the works of the past. Thus the novels of Jane Austen are really, underneath it all, an apologia for slavery, or those of Dickens for the kind of petty bourgeois moralism that would sustain industrial capitalism. They have no special value in themselves, except as prime examples of how past culture has maintained or disguised structures of power and oppression.

Both these forces, says O’Gorman, lead to a kind of temporal provincialism, in which only our present and our future truly exist or are important for us. Multiculturalism, the idea that all cultures are equal and can, or must, contribute some ingredient or other to the recipe for the culture of the future, even if we cannot quite name what that ingredient could or should be, does not apply to the past, whose deceased denizens, either victims or perpetrators (they have to be one or the other), we do not try to understand on their own terms. If we think about the past at all, we apply to it a version of the Whig interpretation, namely that history is the ascent to ourselves and our state of moral enlightenment, which, despite our relativism, we take for absolute, final, unchangeable and unchallengeable.

To lack real interest in the history except as an instrument in our hands is to become shallow. This is hardly a new thought: Cicero wrote some time ago that to be ignorant of what occurred before you were born is to remain always a child. For what is the worth of human life, he asked, unless it be woven into the life of our ancestors by the records of history?

The Americans are a pragmatic or practical people, however, who do not like mere lamentation over problems, but desire solutions to them. If O’Gorman’s diagnosis of our current cultural malaise is correct, they will ask, what is the cure?

Global capitalism will be halted in its current trajectory only by some kind of protectionism, however it may be provoked or in response to whatever crisis. But it has to be remembered that cures can be worse than diseases. While I am myself no ardent consumer, I have no strong desire either to be poorer than I am; and in reality, the only way not to become poorer is to become richer.  We are on a treadmill from which it is not only difficult, but might be disastrous, to get off.

The prospects for the reform of the academy, so that it recovers some of its true vocation, are slightly better. Much of modern education is a fraud perpetrated on the young, a mere inflation of the currency of education, as it were; and eventually there might be a popular realisation of this, as costs rise by as much as value, both economic and intellectual, declines. Only then will we return to a system in which the taught have to satisfy their teachers rather than the teachers the taught. It is important to satisfy customers, but not all relationships are those of supplier to customer.

Is O’Gorman’s diagnosis correct, however? Largely, but not entirely. Though the ascent of medicine, for example, may not be absolutely direct or without its zig-zags, yet it is still an ascent. Who would wish to be treated by the methods of even thirty or forty years ago? If the Whig interpretation of history is reasonable anywhere, it is in a field such as medicine.

Still, it is important to recall what it takes to wrest knowledge from ignorance if we are not to go through life taking our advantages for granted, being satisfied with nothing, and concentrating exclusively on our dissatisfactions. For, as it says somewhere (though almost everyone has forgotten where), Let us now praise famous men, and our fathers that begat us.