Euthanasia in the Third Reich 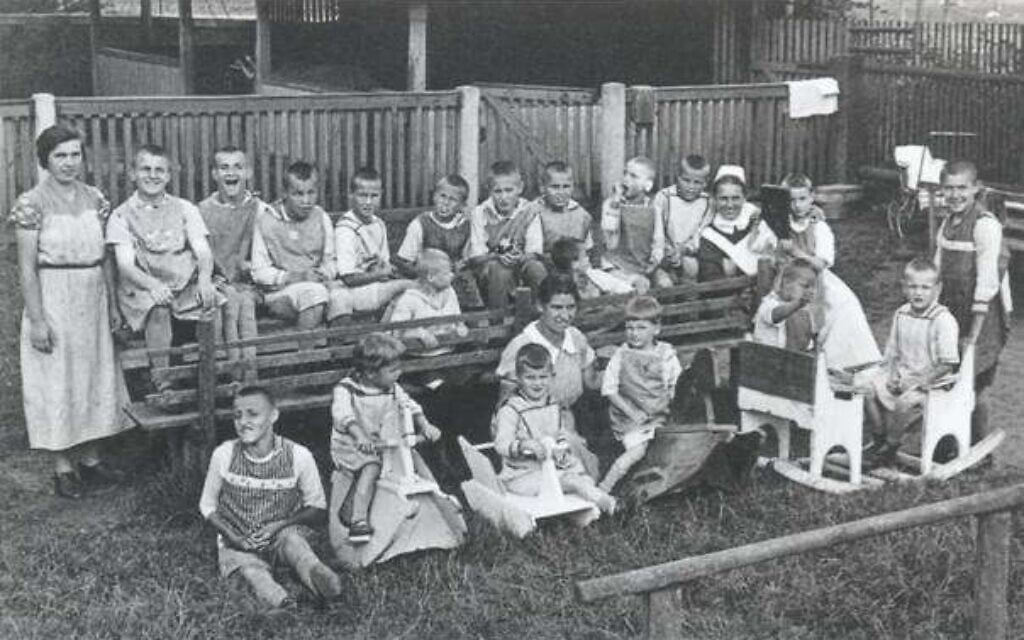 Amid all the horrors of the Third Reich, including World War 2 and the Holocaust, one atrocity that is often overlooked (at least outside of Germany) was the program of euthanasia of mentally and physically handicapped people instituted by Hitler in 1939 when the war broke out. In Hitler’s own terminology, these people were classified as “useless eaters.” This program was referred to as “T4”, named after the address of the office set up to oversee the program nationally (Tiergartenstrasse 4 in Berlin).

Under this program, patients in nursing care facilities around the country (Heil und Pflegenanstalten) were identified and their cases reviewed by doctors indoctrinated in Nazi philosophy. Once approved, these unfortunates (regardless of age) were transported to centers set up for the purpose of killing them by gas. It was sort of a dress rehearsal for the eventual gassing centers such as Auschwitz. This program also included children.

Yet, the public gradually became aware, and curiously enough, as complaints mounted, the Nazi government discontinued the program in 1941, but then reduced the patients’ diets to the point that they gradually died of malnutrition.

While researching my book on the history of the German town of Erlangen (Erlangen: An American’s History of a German Town), I became aware of the tragic history of their own Heil und Pflegeanstalt   This information was included in the chapter on the years 1933-1945.

With all that as a background, I happened to find a 2019 German documentary (on YouTube on the topic of the Heil und Pflegenanstalten of Ansbach and Neuendettelsau, two towns near Erlangen in Middle FranconiaBavaria). In watching the video, I learned that many, if not most of the doomed patients in these two clinics were transferred to the facility at Erlangen before being shipped on to the infamous Hartheim Castle in Austria, which had been transformed into a euthanasia center. It is estimated that over 900 patients from Erlangen were euthanized in killing centers such as Hartheim, and another 1,500 were allowed to starve to death.

In the video, Als hätte es sie nie gegeben (As if they had never existed), there were clips of an interview with medical historian, Hans-Ludwig Siemen, as well as clips from his presentation on the topic, which took place in Erlangen. Siemen and Christine-Ruth Müller are co-authors of a book entitled, “Warum sie sterben mussten: Leidensweg und Vernichtung von Behinderten aus den Neuendettelsauer Pflegeanstalten im “Dritten Reich (Why they had to die: Suffering and extermination of the disabled in the Neuendettelsau nursing homes in the Third Reich), published in 1991.

While watching the video, I happened to see a good friend of mine in Erlangen in the audience attending Siemen’s presentation. I contacted him by email this week, and he quickly replied that indeed, it was him in the audience. With his permission, I am reposting what he emailed me:

Yes, that’s me in the audience, Gary! Amazing coincidence! An act of providence really. I was there when Dr. Siemen spoke about the matter in the Volkshochschule Erlangen some years ago (before Corona). The reason is that in my mother’s family, there were two physically (deaf and mute by birth) and finally probably mentally handicapped elderly women who died in the Bezirksklinikum Ansbach in the 1940s after they had been transferred from Neuendettelsau (Lutheran homes for the handicapped) to Ansbach where the Nazi physicians had total control. One of them died presumably due to the scanty “Hungerkost” diet, and the other one died in 1946, i.e. after the Nazi regime.

I have been researching about their case in archives for years and will definitely write something about them because I feel they belong to our family although they have been more or less forgotten over the decades. Thank God both my grandmother and my mother told me frankly about them during their lifetime. I’ll watch the video tomorrow in quiet. I’ll touch base again with you afterward. Thanks a lot, Gary! Again, I needed you to show me this. Wonderful connection!

The site of the Erlangen Heil und Pflegeanstalt is now part of the University of Erlangen Psychiatric Clinic. Recently, the city of Erlangen tore down some of the old buildings, but some of it has been left standing as part of a memorial to the victims. It is one of many examples of sites related to the Nazi years that have become the subject of debate in Germany. Should they be torn down, erased, or preserved in an appropriate context so as to remind future generations of a time that must never be repeated. Just a few miles south of Erlangen, the city of Nuremberg is wrestling with what to do with the surviving (but crumbling) relics of the Nazi Party Rally grounds.

As a side note, when Erlangen fell to the US Army in 1945, a World War 1 memorial to Germany’s fallen was partially torn down by the Americans. While they left standing concrete blocks with the names of Erlangen’s war dead, a huge statue of a seated soldier, shirtless, with a helmet, was removed as being overly militaristic.

My personal opinion is that in the case of Germany, these sites should be preserved in some manner as a memorial to the victims. In the US, we are having a somewhat similar debate over the preservation of Civil War memorials. History, good or bad, cannot be erased. It is there. All we can try to do is put it in an appropriate context and learn from it.