Female student in Nigeria beaten to death over ‘blasphemy’

From the Guardian, the Nigerian Daily Post and This Day Live

A female student in Nigeria was beaten to death and set on fire by fellow students who accused her of posting “blasphemous” statements in a WhatsApp group, two witnesses have said.

The school, located in Nigeria’s northwestern state of Sokoto, was immediately closed down following the attack. 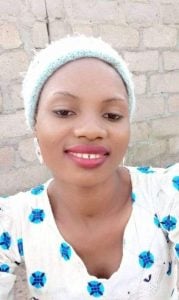 Two suspects were arrested in connection with the murder of the student, who was identified as Deborah Samuel, said a spokesperson for the Sokoto state command.

“There is a WhatsApp group being used by the students, and her Muslim colleague student posted an Islamic piece. She criticised the posting,” said one of the witnesses, who declined to be named.

School security and police attempted to rescue the girl but were overwhelmed by the students, the witnesses said.

“Police have fired teargas on the students … then began firing shots in the sky to disperse the students, but they resisted,” said Summayya Usman Inname, a student in her second year. “The police sacrificed the lady after the students began throwing sticks and stones at them, then the students used stones and sticks to beat the lady. After being beaten, she was set on fire.”

The Shehu Shagari College of Education in Sokoto said in a statement that it had closed the college indefinitely “following today’s early morning student rampage”.

The Sokoto sultanate council condemned the “unfortunate happenings … that led to the loss of life of a female student at the institution”.

Nigerians on social media have condemned the killing of a female student of Shehu Shagari College of Education Sokoto State.

DAILY POST had reported that the student identified Deborah Yakubu was lynched by some male Muslim students and burnt, for allegedly insulting Prophet Mohammed. Reacting, some Nigerians called for justice for the deceased and arrest of all the perpetrators.

“All the boys whose faces appeared in that tragic trending video from Sokoto state will have elevated status in their society as a result, they will be tagged heroes and tipped for greatness. In a few years, they will occupy powerful seats. That’s the way it works in the North. “

“A Christian mob can never burn a human being for insulting Jesus Christ. It can never happen. Yet Christianity doesn’t proclaim itself as the religion of peace.”

However the ramifications of condemning the murder of this young woman are not without risk.

Following series of threats by some Islamic extremists on his social media handles, former Vice President Atiku Abubakar, late last night deleted his condemnation of the murder of Deborah Samuel. The deceased, a 200-level student of the Department of Home Economics, Shehu Shagari College of Education, Sokoto, was yesterday killed by an angry mob for allegedly blaspheming Prophet Muhammad.

Atiku had after the incidence which has continued to receive global condemnation, written: “There cannot be a justification for such gruesome murder. Deborah Yakubu was murdered, and all those behind her death must be brought to justice. My condolences to her family and friends.”

But storming his Facebook and Twitter pages, the extremists, mostly from the northern parts of the country, threatened not to vote for him in the forthcoming 2023 elections. Warning him to jettison his condemnation of the cold-blooded murder, they also promised to mobilise against him.

The former vice president’s actions have since earned him the derision of most Nigerians, who accused him of always chickening out when the going gets tough, an action they termed ‘unpresidential’.

Reacting to the incident, Sokoto State Commissioner of Information, Isa Bajini Galadanchi, said the situation was unfortunate. (I know Nigeria is part of the Commonwealth but that is taking British understatement to an extreme) He stated that Governor Aminu Waziri Tambuwal, who is away, has directed that investigation into the matter should commence immediately. He urged everybody to remain calm as government would do everything to unravel the circumstances behind the incident.

He also said the government has directed immediate closure of the institution to forestall breaking down of law and order, just as military personnel have already been deployed to the school and other schools in area.

…the Christian Association of Nigeria (CAN) has described the gruesome murder of Yakubu  as provocative and unfortunate. In a statement, Catholic Diocese of Sokoto Bishop Hassan Kukah…called on the Christians in the state to remain calm and be law abiding as there  are efforts to bring the perpetrators to book.

… two persons have been arrested in connection to the incident.