Feminism and the British Royal Farce 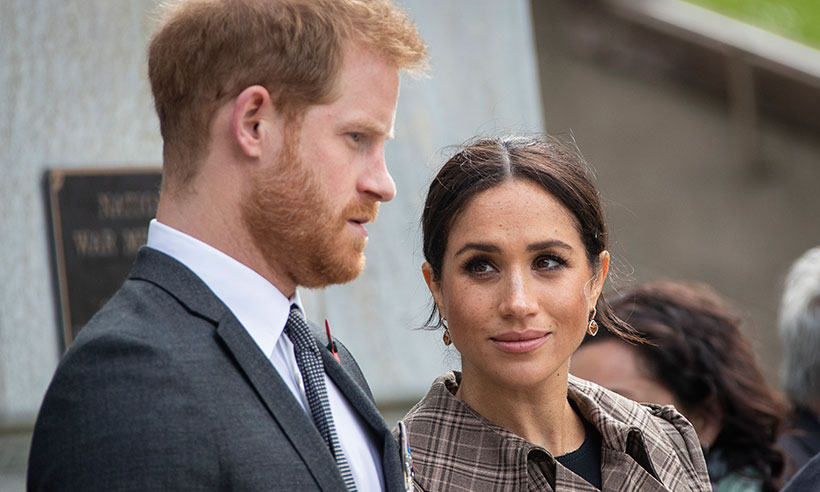 Whatever Meghan wants, Meghan gets. Take off your coat, don’t you know you can’t win. Gloom and misery everywhere, stormy weather.

On January 8, 2020 Prince Harry, Duke of Sussex startled the British Royal Family by announcing that he and his wife the Duchess, Meghan Markle were stepping down as “senior royals.” They would be splitting their time between the UK and North America. Without providing details of their plans, they declared they would “carve out a progressive new role” within the institution of the Royal Family, and would work towards financial independence. The consequent drama for Queen Elizabeth II and the Royal Family and efforts at damage control all seem to stem from the conviction of Meghan that palace life and senior royal duties were not contributing to her self-fulfillment. While Harry has delusions of adequacy, and has the backbone of a chocolate eclair, Meghan with inflated self-regard asks all to remember whom you are to cope with.

Queen Elizabeth II, who had not been informed of their intentions by her grandson or Meghan before they were made public, was blindsided and obviously disappointed at Harry’s decision to limit or quit his royal duties, and wants him to remain in the Royal Family, if not as senior member. The search for a compromise solution by members of the Royal Family is on and continues. After a summit meeting, Act 2 of the drama, at Sandringham, north of London, on January 13, 2020, at which the Princes Charles, William, and Harry were present, a highly personal statement uncharacteristic of normal Palace communications was issued on the drama presented by the Queen’s grandson Harry and Meghan.

Since she became Queen in 1952 Elizabeth has been the perfect model of a constitutional monarch, above and publicly silent on public affairs, symbolizing the unity of the country, attending hundreds of events every year at home and abroad, and presiding over the activities of the Royal Family. The Queen would have preferred the Sussex couple to remain full-time senior members of the Royal Family, but issued a statement she is “supportive” of Harry and Meghan’s desire to create a new life as a family, their wish to live a more independent life while remaining a valued part of the Royal Family. She agreed there will be a period of transition during which the Sussex couple will spend time in Canada and the UK, and complex matters can be resolved. However, whatever the denouement of the drama, the present agreement can be seen as appeasement of, or surrender to Sussex rather than a shrewd policy of delay and indecision.

The key factor is the character of Meghan and her interests. With at least one foot in show business, her actions suggest she is more interested in resuming her career, or taking on what she considers a more active and fulfilling life, rather than being a person interested in changing the royal family in desirable fashion or carrying out  minor royal functions, such as visiting and giving flowers to patients in hospitals.

Among the complex matters left undecided is how the Sussex couple can be half in and half out of the Family, what royal functions can and will be performed, the timing of the Sussex presence in each continent, the keeping of the royal titles, and the funding of their proposed financially independent future. Canadian prime minister Justin Trudeau has already expressed concern and doubts about whether Canadians will pick up the bill for security of the Sussex household during their stay in Canada.

There is also the relationship with the media, about which both of the couple have complained. Meghan, though a skilled actress used to the spotlight and publicity, both favorable or not, said she was unprepared for the intense media scrutiny she would receive after her marriage to Harry.: “I never thought it would be easy, but I thought it would be fair.” Some of this allegation evidently arises from her belief, perhaps jealousy that Kate, Duchess of Cambridge is treated more favorably. The Sussex couple will drop out of the royal rota, the pool system that provides and organizes media coverage of the royal family’s public events. Instead they will engage “with grass roots media organizations and young, up and coming journalists.”

The motivation for the Sussex intervention is arguable. Yet, almost certainly it stems from the unhappiness or ambition of Meghan to resume her own identity, a person who is not a victim, nor, in-spite of a claim as she has been subjected to racist abuse because of her mixed racial background, though she appears to have disowned her own, white father. Much more important, she and Harry clearly want to retain their royal titles, but to avoid the large number of unglamorous and trivial functions the royal family must perform. Meghan is no innocent naive ingenue, but a worldly wise, mature woman, who met Harry while in the midst of building her career as an actress. She seems focused on her own fulfillment. She ended her tour of parts of South Africa, poverty-stricken areas, with a complaint that no one talked of her own struggle.

Objective observation suggests the royal drama has been caused by personal ambition and desires of Meghan. It is worth considering if her behavior can be considered adherence to feminist ideology. Feminism with its different viewpoints, embraces a variety of political and social movements that aim to establish political, economic, personal, and social equality of the sexes. It is undeniable that men have historically been the dominant force in making political, economic, and cultural decisions. Feminist objectives are to promote changes in society to end behavior that disadvantages women, and end discrimination. The aim is to achieve opportunities for women and men to achieve similar objectives. Most recently, the Me Too movement has been established to end sexual harassment and sexual assault.

Can Meghan’s behavior be regarded as feminist? Compare it with the thoughts of two leading figures, Betty Friedan and Simon de Beauvoir, icons of the feminist movement.

In 1963 Friedan published The Feminine Mystique, a book that  found that many women were unhappy with their lives as housewives, in the image of pretty pictures of the American suburban housewife. They were unhappy because their choices were limited. She suggested that women had a nameless, aching dissatisfaction, a problem that had no name. Friedan gave the problem a name, “feminine mystique,” the view that women were defined by and were fulfilled by their lives as housewives and mothers.

Friedan, a trained sociologist, concluded that something was very wrong with the way women were trying to live their lives, accepting the myth of domestic fulfillment that women’s role was limited to be wife, mother, housewife. The only way for a woman, as for a man, to find herself as a person is by creative work of her own. This would provide a full identity. Her view was criticized as meaningful largely for middle class married whites, but it was widely accepted.

Friedan of course was not the only person dealing with feminist issues. In 1949 Simon de Beauvoir, French philosopher, had published The Second Sex, a critique of patriarchy. Women throughout history have occupied a secondary position in relation to men. Using the terminology of existentialism and psychoanalytic theory, they are “the other.” The essence of woman stems from economic, social, political, and religious developments. Her controversial statement was that women were not born but become woman. Women are different from men because of what they have been taught and socialized  to do and be. She became a feminist in realizing that in the Soviet Union women were in an inferior position. The most important factor for women to do is work so they can be independent.  Patriarchal society must be overthrown.

Friedan and Beauvoir inspired feminists, women seeing independence. Work was the first condition for women’s independence. Women should be free to choose themselves, should cultivate confidence in their own vision of the world.  Meghan may seem to resemble this feminist view, but her life style does not conform to the vision of Friedan and Beauvoir of downtrodden women. In addition to support from Harry, she has a lawyer, business manager, and agent. Has she been giving the greatest performance of her life? The show will now include voice overs for Disney, and may also include  lucrative speeches at hedge fund events, and promotions for start-up companies in Bahrain.

PrevBritish Museum:Inspired by the east – how the Islamic world influenced western art
Soleimani Killing: A Change for the Better?Next