Fighting for the Greasy Pole in Politics 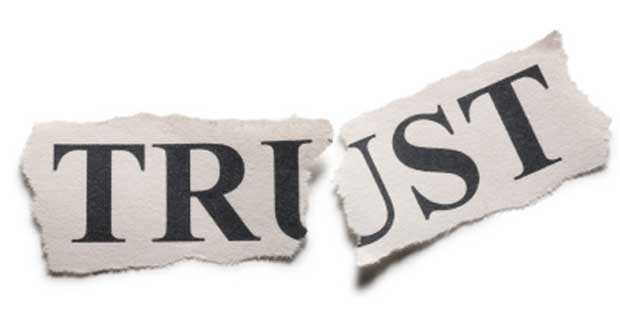 Let’s talk of court news, who loses and who wins, who’s in and who’s out. The contest over who is the legitimate, the rightful ruler, who should exercise power, is endless, not simply a question of ignorant persons or armies clashing by night on a darkening plain. The issue is pertinent in the world of business in assessing the balance of power, a balance which varies from company to company, between individuals, one of whom is chair of the board of directors and the other who is CEO, the senior decision maker. The chair, who may also be the CEO, oversees the decisions of the CEO but does not usually take part in management unless he is also the CEO.

The rivalry for power and status is central in the theater of politics. Perhaps the most amusing, and certainly the least serious, contest for position is in France where the death in January 2019 of the Duke of Orleans reminds us there are three pretenders to the non-existent title King of France: the new Duke of Orleans, “Henri VII,” descended from Louis Philippe, 1830-48; Louis Bourbon, “Louis XX;” and Jean-Christophe Napoleon,  a banker who studied at Harvard who is the great-great-great-great nephew of the Emperor.

National and international issues concerning exercise and control of power are pertinent for politics in the contemporary U.S. in which, as in all democratic systems, there is friction and differences between the executive and legislative branches of government. This friction was shown in striking fashion in the UK on the issue of Brexit when Prime Minister Theresa May, in a crucial vote in the House of Commons, was defeated 432-202, the largest defeat for a ruling party. This could and perhaps should have led to her resignation as PM. However, she survived a conservative leadership vote, and is able, at least for the present, to continue as PM. She was fortunate to survive a defeat by the legislature.

Though in the U.S. there is no exact counterpart of the British relationship of executive and legislature, the issue of the exact extent of presidential power, and limits on it by other constituent parts of the political system is always present. This issue is at the heart of the present rivalry between President Donald Trump and Nancy Pelosi, Speaker of the House of Representatives. In a sense the rivalry, the result of divided government, is reminiscent of the constitutional debate over the relative powers of the executive and legislature between James Madison and Alexander Hamilton. Both favored a strong executive, but with different emphasis. Hamilton argued the primary objects of society are security of property and public safety. Madison, especially in Federalist 51 of February 6, 1788, called for a system of checks and balances to keep the constituent parts of government in their “proper places.”

The struggle between the current head of the U.S. executive and the leader of one of the branches of the legislature, individuals with widely differing ideologies, involved not simply conflicting strong personalities, but the dominance of political power. The issue itself was relatively simple. President Trump was willing to shut down the government if Pelosi and Congress did not approve his demand for funding the southern border wall. He did so but was forced to retreat on January 25, 2019 when he agreed to a short-term funding bill. The federal government would be reopened for three weeks, until February 15, 2019, with financial relief for 800,000 federal workers, who had gone without pay checks, but without any funding for the border wall for which Trump has asked $5.7 billion. Pelosi declared that this compromise would not include money for a border wall, which she has called “immoral,” though somewhat vaguely said she might support additional money for technology and increased police patrols.

The crucial factor in the outcome is that Speaker Pelosi had disinvited the President from delivering the State of the Union Address in the House while the government remained closed. Trump could not overcome her action because both legislative chambers must pass resolutions inviting the president to appear before Congress.

It is premature for one side to declare victory in an ongoing battle. Trump has refused to admit defeat, but Pelosi and Democrats can claim success in getting the reopening of the government without providing any money for the wall.  The event can be considered a first battle in a continuing war in which Pelosi and the House has won at least the first round. However, Trump, with presidential power, is still considering declaring a national emergency to build a wall. He could move funds from military construction projects to the border, or try to get agreement on security and immigration issues and on legal status for Dreamer immigrants. The essential existing problem is whether the two sides are locked in an intractable showdown over the border wall, or whether this is largely a rationalization of an episode in the struggle for political power.

A similar struggle for power going on abroad has involved the Trump administration, the test of will in Venezuela between two individuals claiming to be president of the country. Nicolas Maduro became president for the first time in April 2013 after the death of Hugo Chavez, with a 1.6% majority. There is general agreement he stole the presidential election on May 20, 2018, claiming 68% of the vote. He declared he would be sworn in for this second term on January 10, 2019.

However, 35 year-old Juan Guaidó who had become on January 5, 2019 the newly chosen president of the National Assembly, challenged Maduro. On January 23, 2019 Guaidótook a self-administered oath of office and proclaimed himself the rightful interim president. According to the constitution a vacancy in the presidency is filled by the head of the National Assembly, NA, until new elections are called.

Donald Trump has declared Venezuela as one of his most important priorities. The U.S. administration, which argues that the NA is the only legitimate democratic body in the country, recognized Guaidó as president, noting that the citizens of Venezuela have suffered for too long at the hands of the illegitimate Maduro regime. So did 17 Latin American countries, including Brazil, Argentina, and Columbia, as well as Canada. The Lima Group of 14, with Mexico abstaining, already had called Maduro illegitimate.

Nicolas Maduro is supported by leftist countries, Bolivia, Cuba, Nicaragua, Turley, and, after hesitation, Mexico since Andreas Obrador became president on December 1, 2018. Most important, Maduro is also supported by the Venezuela military, under the defense minister General Vladimir Padrino Lopez, that swore allegiance to Maduro.

The situation has led to violence across the country, and fear of more, as well as international disagreement. Mike Pompeo, Secretary of State, has declared that in addition to supporting Guaidóthe U.S. was ready to send humanitarian aid to Venezuela. In response, Maduro ordered U.S. embassy staff to leave the country, and decided to close Venezuelan embassy and consulates in the U.S.

Political lines, national and international, are drawn, in an atmosphere that is incendiary. Maduro is supported by Russia, China, Cuba, and Turkey, as well as the military authorities. Russia which has warned the U.S. not to intervene, has sent some aircraft to Venezuela, including two Tu-160 nuclear-capable bombers that fly more than 6,000 miles, and has given more than $10 billion in financial assistance, and has sold $ 11 billion in arms exports. China, more moderate in support of Maduro, has supported him politically, and given loans of billions, some estimates are $55 billion.

What is important is that the U.S. cannot be charged with colonialism or with interest in Venezuelan oil, gas, or gold. Trump did not act unilaterally but consulted Latin American and other governments, and later the UN Security Council, before acting. This intervention in foreign disputes can be seen as the latest implementation of the Monroe Doctrine of 1823 with its implication of U.S. special responsibility for the American hemisphere. Interestingly, political opponents of Trump, like Senator Richard Durbin and Rep. Adam Schiff have  agreed with his policy on this issue, as has Senator Rubio who points out the link of Maduro with Cuba.

The stalemate has to be ended. Much will depend on the actions of the local military forces in which there are signs of discontent, such as the defection of the country’s chief military envoy to the U.S., and on who in Venezuela controls oil supply and state owned enterprises. Much of the game in the country may be on the streets but it also depends to some extent on international intentions. President Trump is not committed to upholding human rights throughout the world but in this case of Venezuela he has chosen the rightful head of government, and has not ruled out further action.

PrevRahaf Mohammed, Linda Sarsour, and the Question of Apostasy
Trump and FDR — Both Smear VictimsNext