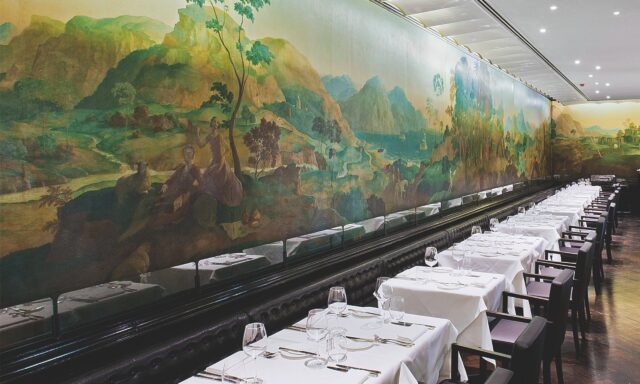 How many angels can dance on the head of a pin? This may have been a challenge to medieval scholasticism, critical of wasting time in arcane speculation in debating topics of no practical value. Today, it can be seen as a metaphor generally relevant to the dilemma of adhering to law and rules or transcending them, and more specifically to the ongoing dispute or tension between freedom of expression and freedom from discrimination. Angels are needed to maintain a balance between protection of free speech and the prevention of discrimination and to consider retribution for past imbalance and injustice.

Those angels face a particular problem, now a subject of controversy in British Universities, that laws and rules  concerning  free speech and anti-discrimination may conflict with or limit free thinking, intellectual debate, and political activism. Take the issue of some restrictions in universities. Speakers may not appear on university platforms unless their views are “acceptable” to officials and to university members. Potential speakers have been banned or disinvited. The term “no platforming” has come into use to ban speakers based on their political affiliation or beliefs, a policy approved by the UK National Union of Students in 1974. Rules justifying this hold that restrictions are needed to ensure that speakers should promote an atmosphere in which all students and staff feel valued. However, that position needs challenging. Louise Robinson, vice chancellor of Oxford University, has argued that education is not meant to be comfortable. It should involve confronting the person you disagree with and trying to change their mind, while being open to them and possibly changing your mind.

The starting point is that universities are meant be guardians of debate and differences of opinion, not “safe spaces” whose priority is for students not to be offended. They are institutions which are the most satisfactory places to hear objectionable or disagreeable points of view and to attempt to counter them, and to understand the complexity of expression. It is paradoxical to argue that censorship is a way of protecting free speech .

In the UK, which unlike the U.S has no First Amendment protection on speech, the dilemma is that action to protest discrimination may result in limits on speech. Views that are considered harmful or offensive have been barred, conferences on particular topics have been canceled, some rules encourage self-censorship. A few recent examples of limits on free speech in the UK can be mentioned. Maryam Namazie, former Muslim and feminist, active campaigner against sharia law, was banned from speaking at the University of Warwick in 2015 because she might incite hatred of Muslim students, and was disrupted when trying to speak at Goldsmiths, University of London. Surprisingly, the Feminist Society at the University supported the disruptive Muslim group, and instead criticized those who had invited Namazie in the first place. Similarly, Julie Bindel, a radical feminist who is critical of the trans community, was banned from speaking at a forum at the University of Manchester in October 2015.

More recently, similar censorship affected the former British Home Secretary Amber Rudd who had been invited to speak at Oxford at the International Women’s Day meeting on March 5, 2020. The invitation was withdrawn 30 minutes before she was due to speak on the subject of encouraging young women to enter politics.  She was opposed by the UN Women Oxford UK Society because of her role in the Windrush affair in April 2018, a political affair with accusations that people were wrongly detained, denied legal rights, threatened with or actually deported  as was true of 83 Commonwealth  born people. Rudd in April 2018 was accused of misleading Parliament over the number of people involved in deportation plans, and resigned from the government. This was a sad conclusion for a person who had championed equality, urged tough legal penalties to end  female genital mutilation, and argued for a larger proportion of women in the British cabinet.

To the credit of Oxford, its governing proctors criticized the union society responsible for the censorship and deregistered it from the University affiliated societies. It ruled that the cancellation of Rudd was not carried out in accordance with university procedures, codes of practice, and policies, in particular that of the freedom of speech. It therefore directed the society to apologize to Rudd. However, the society did not apologize. It changed its name and defended its action. It counteracted, standing by its decision to cancel Rudd and “show solidarity with the BAME community.” It accused the Oxford authorities of a lack of regard for the welfare of black students, “we understand  why students would not want to see celebrated a woman whose policies led to the deportation of members of that community.”

Other women have suffered a fate similar to that of Rudd. In November 2018 the popular TV journalist Jenni Murray, due to speak at an event in Oxford on powerful British women in history and society, was removed because students complained she was transphobic. In November 2019 the feminist conceptual artist Rachel Ara was cancelled at an event at Oxford Brookes University at the last minute because of complaints by the LGBTQ society who accused her of transphobic views. Selina Todd, professor of history at St. Hilda’s College, Oxford, had been invited to speak at a conference in February 2020 celebrating women, the anniversary of women’s liberation. She was “no platformed,” and the invitation was withdrawn when it was clear she would defend her position on transgender issues.

Merton College, Oxford, in February 2020 was accused of preventing free speech regarding its plans to host a discussion  which was advertised as exploring perspectives on transgender issues.  Originally, it specified in a code of conduct that all attendees must refrain from using language or putting forward views intended to undermine the  validity of trans and gender diverse identities. Merton said it wanted an “inclusive culture.” The tension was apparent  between concepts of academic  freedom and preventing discrimination. Critics accused Merton of suppressing critical thought a dangerous precedent in what was supposed to be a discussion of free speech. It amounted to censorship since legitimate political views would not be allowed to be uttered.  Belatedly, Merton, whose alumni include T.S. Eliot and J.R.R. Tolkien, responded to the criticism by removing the stated code of conduct, and replacing it with a statement in favor of free speech.

The problem of  “cancel culture,” continues. Public figures or those with controversial views are estranged on-line or in the real world. This was shown at Cambridge University, which issued a statement that its dons should be “respectful” of the diverse identities of others. The dons voted against it, arguing that the vague wording might undermine freedom of speech rather than protect it. A code of this kind  means engaging in a kind of self-censorship, since using “respect” as a standard might be a way of disciplining or even firing academics. The Cambridge dons in December 2020 opted to support the principle of encouraging differing opinions, and to make it harder for speakers to be “non-platformed.” People should be able to express controversial or unpopular opinions.   The members of the university’s official governing body, Regent House, rejected demands that  views must be “respectful” of differing views because respect was too vague. The University expects people to be tolerant of the differing identities of others in line with the core value of freedom from discrimination.

A new issue has arisen outside of the university structures, one that is central to the controversial issue of racial prejudice and racism. It concerns the great museum, Tate Britain that is considering permanently closing  its unique restaurant which contains a floor to ceiling mural, “The Expedition in Pursuit  of Rare Meats,” painted in 1927 by Rex Whistler who was killed on the battlefield leading his tank into action on his first day of active service in World War II.  Whistler at the age of 23 painted the mural of seven explorers travelling by horse and cart and bicycle covering the room which has often been regarded as the most amusing room in Europe. The present problem, not previously noted, is that the mural features two enslaved black children in ropes, while another feature shows  caricatured  Chinese characters. An ethics committee of the Tate found that the imagery of the work is offensive, and this is compounded by the use of the room, Grade I interior, as a restaurant. Since it is difficult to remove the mural, the restaurant which has been a delight for all visitors may be closed. Does it involve censorship of art?

The argument of the authorities at the Tate is that it is important to acknowledge the presence of offensive and  unacceptable content ion the mural, and its relationship to racist and imperialist attitudes in the 1920s and today.

The Tate has gone further and stated that the founding of the museum gallery and the building of its collection are intimately connected to Britain’s colonial past, and “we know  there are uncomfortable images, ideas, and histories, in the past 500 years of  art which need to be acknowledged and explored.” Few visitors would be aware that, as its management now says, the Tate collection includes items given by or associated with individuals who were slave owners or whose wealth came from slavery.  This may be too hasty a judgement. The Tate collection which was the foundation  of the museum which opened in 1897, was given by Henry Tate, sugar merchant and philanthropist, was not a slave owner, nor was Rex Whistler. All agree that the mural is a work of art that should not be altered or removed. Whatever the decision of Tate about its mural the dilemma remains: is allowing visitors to view it a violation of the Tate commitment to its policy of anti-racism?