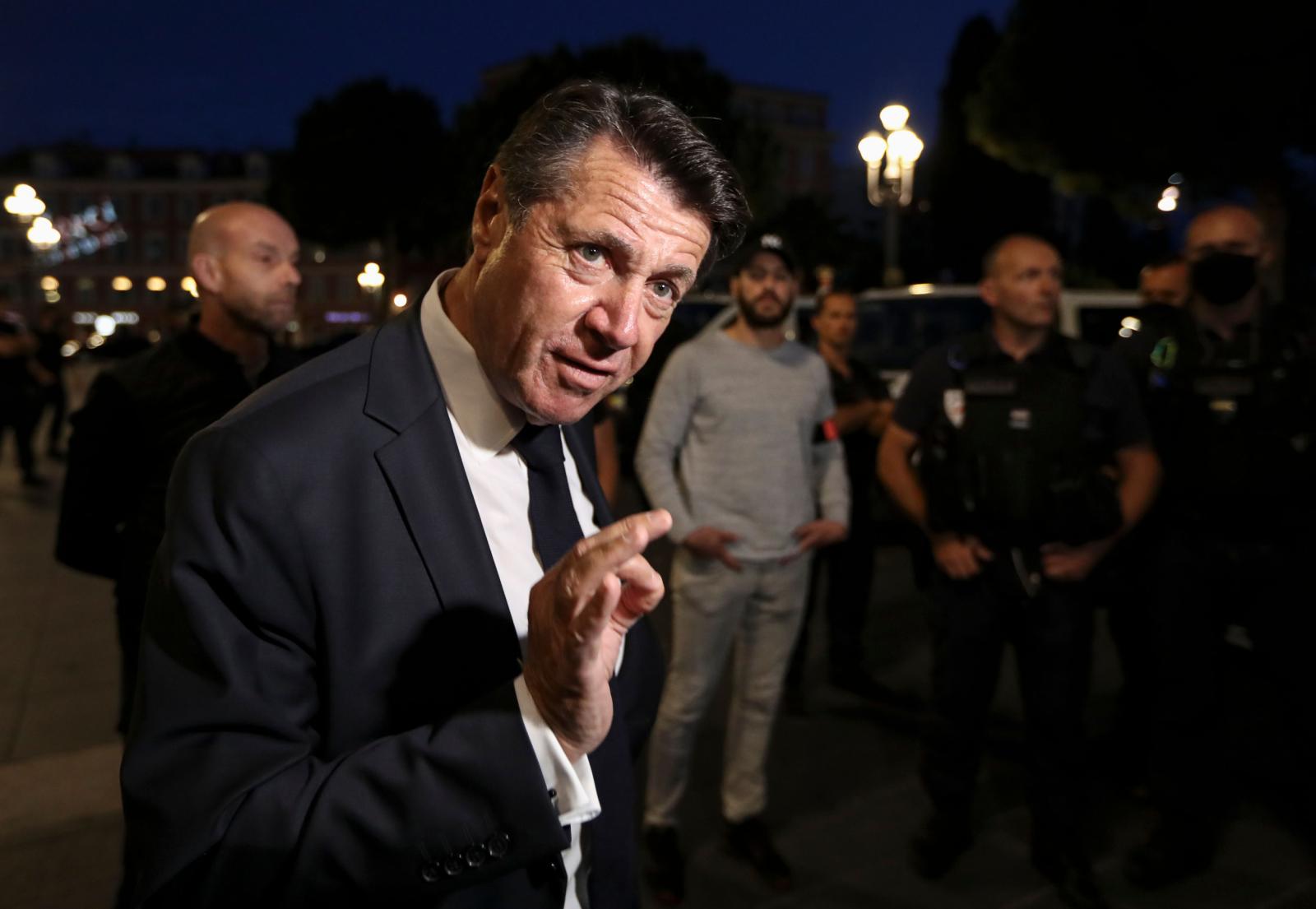 Here is one Frenchman who makes soidarity with Israel in the midst its fourth War with Islamist Terrorist groups Hamas and Palestinian Islamic Jihad with over 3,000 rockets fired at Israel in one week. Note what this Newsweek article point about his giving truth to power in the current disinformation in the media about who are the victims and who has the soverien right to defend Israel.

Christian Estrosi, the mayor of Nice, France unveiled Israel‘s flag at city hall after supporting a ban on pro-Palestinian demonstrations amid rising tensions between Israel and the Palestinians.

“Faced with Hamas’ terrorism, all our thoughts and our support to Israel,” Mayor Christian Estrosi tweeted on Saturday, along with a photo of Israeli and French flags standing on the building’s balcony.

“And all our thoughts to the #Palestinians who are only hostages of a small terrorist group, #Hamas,” Estrosi said in a follow-up tweet.

Estrosi had previously thanked the prefect of the Alpes-Maritimes department—where Nice is located—for banning a pro-Palestinian rally planned in the city last Saturday. The prefecture’s press release cited the possibility of violent clashes and “the gravity of the terrorist threat” in France, among other concerns.

“No one can consider these demonstrations as pro-Palestinian, they are pro-Hamas and therefore complicit in a terrorist movement itself partner to those who, with the Islamic State, sowed hatred and barbarism among us and in the world,” he tweeted.

The mayor has also accused “#fakenews” of disseminating “malicious information” against Israel.

In an interview with Radio Chalom Nitsan on Friday, Estrosi said that “only Hamas bears responsibility” for casualties amid the hostilities, inferring Palestinian casualties are a result of the Islamist faction placing civilians in “strategic places where they fire their rockets.”

Estrosi—a motorcycle racer turned politician who had been Nice’s mayor since 2008—once banned the “ostentatious use” of foreign flags in the city. The ban, enacted during the 2014 World Cup, was widely perceived as targeting Algerian soccer fans as they celebrated the North African country’s team making it to the finals. It was implemented just before Algeria faced off with Germany, a match the latter eventually won.

Until earlier this month, Estrosi was a member of center-right political party Les Republicains. Before his departure, the party introduced an amendment to France’s controversial anti-separatism bill allowing mayors to ban foreign flags during city hall ceremonies such as weddings. The French Senate approved the amendment in March.

While it is unclear whether Estrosi supported the amendment, the mayor has advocated for President Emmanuel Macron‘s anti-separatism efforts, billed as eradicating radicalization on French soil but heavily criticized as targeting the country’s Muslim community.

Estrosi has previously campaigned against “Islamo-leftism,” a term coined by right-wing activists to refer to perceived collusion between leftist academia and Islamist movements.

“It is time we stop being scared of being called Islamophobic and racist,” he continued, after stating he did not seek to create a “scapegoat.”

“I ask [France’s Muslim community] to take their share of the responsibility.”