Grooming gang member has over £50,000 of his assets seized

Rape gang would have been a better description, but we know what they mean. From the Telegraph and Argus, the local newspaper for Bradford. H/T Mrs F.

A member of a Bradford grooming gang had more than £50,000 of his assets seized in a confiscation hearing for his drug dealing and money laundering activities. 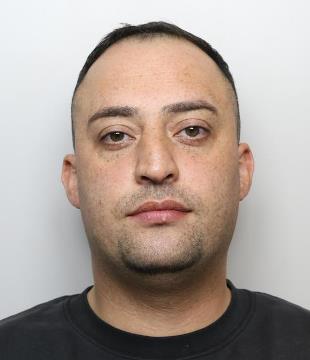 Parvaze Ahmed, 37, was jailed for 17 years exactly a year ago for three offences of raping a vulnerable teenager who was plied with alcohol and cocaine.

He was brought back to Bradford Crown Court from prison today for the hearing under the Proceeds of Crime Act that concerned his convictions in 2018 for dealing Class B drugs and money laundering.

Ahmed, formerly of Farcliffe Road, Manningham, Bradford, had benefited to the tune of £51,400 from his criminality, Mark Brookes for the Crown told the court.

Mr Brookes said Ahmed’s assets totalled £69,575 from the sale of a property.

Ahmed, known as Pav, was ordered to pay back the £51,400 from that amount by May 27 or face an extra three years behind bars in default.

Jonathan Turner, Ahmed’s barrister, said he was already serving a lengthy jail sentence and his earliest release date was more than ten years away.

On February 27 last year, Ahmed and eight other men were jailed for a total of more than 132 years at Bradford Crown Court for their roles in what the judge labelled the “wicked and relentless” grooming, rape and sexual exploitation of two vulnerable girls from a care home in the city.

Less that a week after he was jailed, Ahmed was caught updating his Facebook account from prison.

His name appeared as “Jimmy Khan” on the social networking site in which he showed a shared photograph of himself and another man with the caption: “Brotherhood. NO JUSTICE NO PEACE.” Several of his friends were quick to ‘like’ and ‘love’ the post. The account was quickly closed down after complaints from members of the public.

This should be done in a lot more cases; also the provisions for criminal bankruptcy are under used in my opinion.