Hail and Farewell to Women 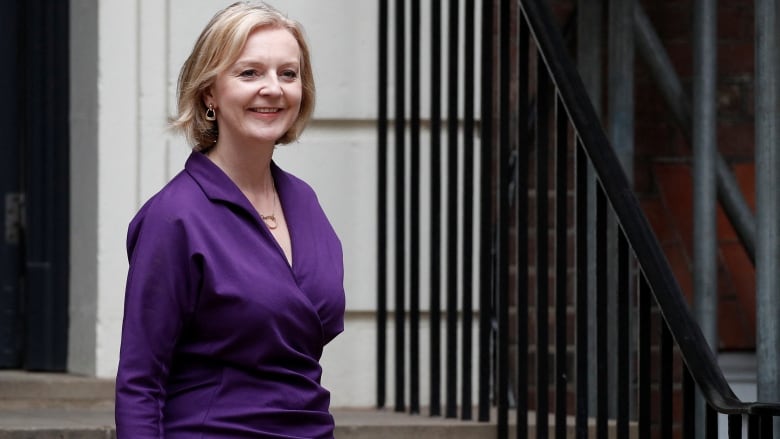 It is still true that many a flower is born to blush unseen and waste its sweetness on the desert air.  Yet, today changes in the place and activity of women in society are evident. Symbolically, an orange is used at the Passover seder table is response to the jibe that women do not belong to the rabbinate no more than oranges on the seder plate.

The present picture of women in society is mixed considering social political, cultural, educational, economic attainments. Yet, strong differences, a gender gap between the sexes remain in the labor force, occupations chosen, uneven career opportunities, life events, and hourly wages. The gap is affected by structure barriers, socio-economic and technological changes, general economic volatility, and events such as the pandemic which affect or necessitate the availability of health care.

The prominence of women was shown with the information about the recently deceased on August 14, 2022, of Nafis Sadik, Pakistani civil servant, for a number of years the head of the UN Population Fund and special envoy for HIV/AIDS in Asia, concerned with family planning and women’s bodily autonomy.  She proposed curbing population growth by giving women access to health care, education, and contraception. Because of her proposals, 179 countries adopted her plan at the Population Conference in Cairo in 1994.

But it is also evident there are limits on career possibilities and educational opportunities for women, as well as a pay gap relative to men.

A recent Global Gender gap index in 2002 of 146 countries indicates both good and less desirable results.  The gap has been closed from last year by 68%, but it will take more than a century to reach full parity. The health gender gap was closed by 96%, economic opportunity by 60%, but political empowerment only by 22%. The overall gender parity score increased a little as the gap is affected by structural barriers, socio and technological changes, the vicissitudes of the general economy, employer policies, availability of health care. Results differ: the top 10 economies have closed 80% of their gender gap; Iceland has closed more than 90% of its gender gap.

But projections suggest that it will take 155 years to close the political empowerment gender gap, and 151 years for economic participation. However, in politics, the average share of women in ministerial positions doubled in the last two decades. and the average share in legislatures rose from 15% to 23%. Female heads of state were in power in Germany and in Iceland for 16 years, and Ireland for 14 years on average. At the same time, changes in women’s role, social and cultural, have occurred with more becoming literate, more in higher education, and more opportunities in education, employment, politics, as gender stereotypes have been revised, and increasing opposition to discrimination and violence.

In this context it is agreeable to bid farewell and hail to two remarkable quite different women who have ascended the ladder of life, determined, ambitious, determined to succeed, models for other women.  One is Serena Williams, an icon of the sport she played., a black woman who never settled for less. Tennis champion, businesswoman, fashion designer, with her own clothing line, philanthropist, minor co-owner of Miami Dolphins, she is the symbol of success and female power.  Controversy will continue over whether she is the best tennis player in history. The other is Liz Truss, the British politician who after a 52-day leadership battle won 57% of the Tory membership vote on September 5, 2022, and became Prime Minister the next day. Truss is the third British woman PM, following Margaret Thatcher, 1979-90, and Theresa May, 2016-19; all have been Conservative. This is the third time in recent years when the change of the PM has taken place without a general national election deciding the outcome.

Serena Williams, born and raised in a poor area of Los Angeles, Compton, California, after a  27-year professional career played what is supposed to be her final tennis tournament. She won her first grand slam singles title, the 1999 U.S. Open, at age 17. She became the second African-American woman, after Althea Gibson in 1958, to win a major singles tournament. All agree that Serena has made an impact both on the tennis game and on society. She won a total of 23 grand slam singles titles, 14 doubles, and two mixed.

With sister Venus, she is notable for increased aggressive power hitting in the tennis women’s game.  Her serve, calculated at 128 mph had power and placement, arguably the greatest serve of all time.

She won the grand slam title in Melbourne while she was eight weeks pregnant and won four grand slam finals in her late 30s.

The story of Wiliams may be compared with the new British political star, both women who have successfully climbed the ladder, ambitious, tenacious, determined, opinionated, professional yet mothers with children.

Liz Truss, born  1975, whose father was a math professor and politically left wing. was educated in Scotland and Britain. As a youngster and former Liberal Democrat, she went on family marches for Campaign for Nuclear Disarmament, and even spoke in 1994 of abolishing the monarchy, but she changed her political views to become conservative.  She had supported remaining in the EU in 2016, but changed and became a prominent supporter of Brexit.

Truss went to Oxford where she was president of the university Liberal Democrats, but then joined the Conservative party in 1996. She worked at Shell, and Cable and Wireless, as an accountant, and for a think tank.  She became a local councilor in a local council dominated by the Labour party, but she is a political survivor. She became a member of Parliament in 2010, and began climbing the political ladder, being appointed to a number of ministerial positions, environment, education.

Among them, was minister for Justice, becoming the first female Lord Chancellor in history. Her other posts were the chief negotiator with the EU, minister for trade, minister for women and equalities, education, and foreign minister in September 2021. She had in 2011 founded the Free Enterprise group and coauthored a book that challenged the idea that British economic decline was inevitable., and then in Britannia Unchained, a book arguing for reduction of state regulation in order to boost Britain’s economic position in the world.

Truss was voted leader of the Conservative party on September 5, 2022, and invested as prime minister the following day, the 56th British prime minister, and the 15th during the reign of Queen Elizabeth.

Is Truss an intellectual lightweight or a new Iron Lady? She has been compared to Margaret Thatcher. Truss like Thatcher was educated in a comprehensive school and shares her individualistic views. Yet at present it is uncertain she has a similar clear and coherent political vision. She has had shifting political positions and allegiances, but she is opinionated and forceful.

Truss has been taunted by critics that she is aping the actions of Thatcher, wearing a fur hat and white bow in dress in Red Square, Moscow, wearing a white pussy bow collar of the kind worn by Thatcher, and posing for photos on a motor bike as Thatcher had done on a Challenger tank in 1986, and in a tank while visiting British troop in Estonia. Noticeably, Truss does not like the comparison with Thatcher.

Truss is a realist. She has responded to cancel culture critics.  Though the history of the British empire cannot be ignored, and the country must comprehend “warts and all.” Britain must be proud of what it is and what it stands for. No country in the world has a perfect history of liberalism, and it is time to move away from introspection.

Truss has been concerned with a variety of issues: education, childcare, climate change, libertarianism, and entrepreneurial economy, lifting the year-long ban on export of arms and military equipment to Saudi Arabia, negotiations  for a post-Brexit trade agreement between Britain and Japan, challenging Russia with a tough stance, and urging peace in Ukraine, calling for a cease fire in the Tigray war  with Ethiopian rebel groups, limits on oil and natural gas from Russia, stopping Iran from  developing nuclear weapons, even moving the British embassy in Israel from Tel Aviv to Jerusalem. Asked if President Emmanuel Macron, who accused her of “playing to the gallery,” was friend or foe, she replied that the jury was still out. The jury is still out on Truss.

Interestingly, initial reports are that she does not intend to appoint any white man to one of the great offices of state, Chancellor of the Exchequer, home, or foreign affairs.

PrevThe Bullies of Woke
The Idle Contrarian: Our TownNext