Have we entered a cancel culture world of politically correct op-eds?

At an Israel-based news site, calling out Israeli Arabs who attacked Jews, burned homes,synagogues and schools is termed toxic speech and incitement. My article was posted, then removed and I received a letter that tried to ‘educate’ me. 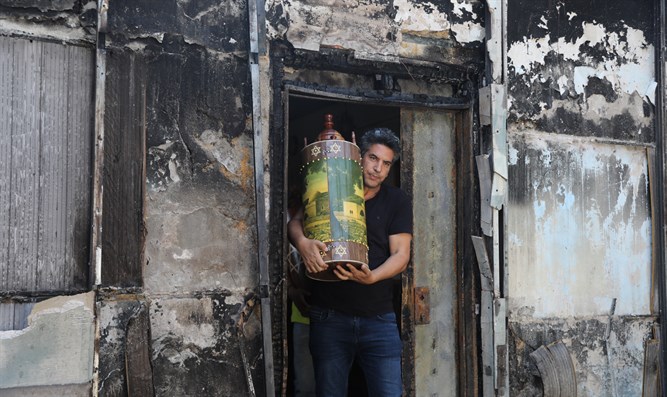 Anyone, especially an editor, can disagree with a writer’s opinion. An op-ed editor is not obliged to publish every article. However, once they have done so, it is unusual to have the piece removed (which seems to be the case), and even more unusual, to write to that writer and privately criticize, even attempt to shame her even though she’s previously published many articles by that same writer. Claiming “regret for permitting publication” but chalking it up to her “exhaustion at this awful moment in Israel,” here’s what the editor (ed. note: not at Arutz Sheva!) wrote me:

“(Your article) veers squarely into toxic speech and I should have dis-allowed it from the get-go…The piece, in my view, generalizes, slanders, and incites against an entire, highly diverse sector of Israeli society that constitutes a full 21 percent of our citizens. It’s a population that consists, to an enormous degree, of our neighbors, our co-workers, our doctors, our pharmacists, our nurses, our MKs, our cooks, our gardeners, our emergency medical personnel, our inventors, our social activists, our grocers, our taxi drivers, our poets, our humorists, our teachers, our friends. After 3 decades living in Israel, I can tell you that for every category I just named (and for many more) I have a face and name of a particular individuals in mind. My deeper apology is to them.”

I now understand that this Israeli editor has close, living and working relationships with many Arab Israelis and wants to be sure that they, her readers, her colleagues, and above all, that I know this.

Unwittingly, I’d stepped on her “butch,” her liberal policy of compassion and tolerance for Israeli Arab Muslim citizens—but not so much for their Israeli Jewish citizen counterparts. Perhaps she sees no connection between the mainly Muslim Arabs in Gaza and those on the ‘West Bank’— and Muslim Arabs who are citizens of Israel. I do hope she’s right but the fifth column-like mobs seem to have betrayed a dangerous connectivity. And: I was focused on the Arab pogrom and lynch mobs, not on the Arabs who hid or cowered (like the Jews in the south do as Hamas’s Iranian rockets rain down upon them); not on those Arabs in mixed population cities who afterwards comforted their Jewish friends.

What exactly did I say that offended her so much? I wrote about the Israeli Arab citizen mobs who torched at least ten synagogues just in Lod, burned buildings throughout Israel, instigated riots on the Temple Mount, and attacked individual Israeli Jews. I suggested that the Israeli police arrest each mob leader and member, try them in a court of law, and prosecute them. (I’ve been told that such arrests are being made and that the prosecutors are behaving with enormous leniency). I also wondered how safe Jewish Israelis will now feel continuing to live among Israeli Arab citizens who, at the very least, functioned as bystanders, if not as collaborators or perpetrators.

Did I go too far by suggesting deporting those citizens found guilty after they served their time? Some European countries have done this in cases of honor killing. Granted: It is very difficult, if not impossible, to deport a citizen. It raises troubling, even existential questions.

This editor lives in Israel. I do not. But I’ve been documenting antisemitism for a long time and reading up a veritable storm on the subject. Is there any sovereign Muslim Arab state in the Middle East where Jews currently live and flourish in peace? Christians? Buddhists, Hindus, Ba’hai? If not, how does my otherwise worthy editor envision Jews and Muslims living together in the Holy Land?

You may read my original article here and judge for yourself.