History and Truth on the Holocaust 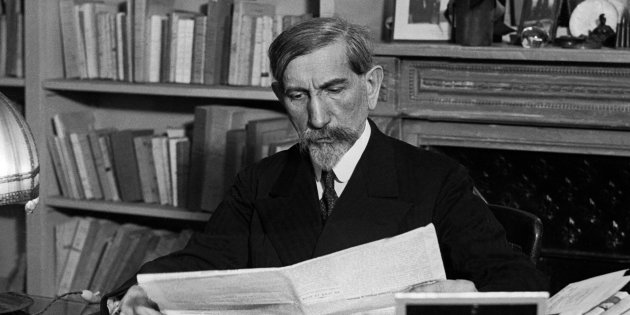 In its current edition the Oxford English Dictionary named “post-truth,” as the international word of the year. It defines this new term: “objective facts are less influential in shaping public opinion than appeal to emotion and personal belief.” The word symbolizes the tension between objective fact and opinion, between truth and emotion. It is a reminder of the remark by Jonathan Swift in 1733 that political lying is the “art of convincing people by necessary falsehoods.”

The term post-truth may be new, as is its counterpart “fake news,” but its essence is not, as illustrated in fiction and in reality. An early example of the latter is Julius Caesar, Roman military general and politician. He was a brilliant soldier and ruler, if a ruthless one lacking in humanitarianism, but also author of two books, The Gallic Wars and The Civil War which are part self-serving propaganda and half truths. Indeed, it still remains debatable where, and even if, he and his army in 49 B.C. crossed the Rubicon, the small river or stream that was the boundary between Gaul and Italy.

History is a battlegound, particularly in recent years over the truth of who was responsible or were co-perpretators of the Holocaust, and those who were righteous and warned or tried to prevent the extermination of European Jews.  An interesting dispute has in July 2018 arisen over whether the Polish govenment in exile in London during World War II attempted to warn Britain and its allies of the ongoing murder of Polish Jews in Nazi death camps.

A joint statement by Israeli Prime Minister Benjamin Netanyahu and the Polish PM Mateusz Morawiecki, asserts that the Polish government had created a mechanism of systematic help and support to Polish Jews. Whether for genuine or political and diplomatic reasons they rejected the argument that Poland or the Polish nation as a whole should be blamed for the atrocities committed by the Nazis and their collaborators, though “unfortunately some people, regardless of their origin, religion, or worldview revealed their darkest side at that time.”

In contrast, the Israeli Holocaust Remembrance Center, Yad Vashem, held that the Polish government and the Delegatura, the representative organ of the government in occupied Poland, not only did not help the Jews in Poland, but even that its representatives in Poland were  “not infrequently actively involved in persecuting them.”

By coincidence, the French writer and film maker Claude Lanzmann died on July 4, 2018. His extraordinary 1985 film Shoah (catastrophe in Hebrew), a nine hour documentary based on interviews, a devastating chronicle of the Holocaust, anticipates the view of Yad Vashem. Not surprisingly, it was regarded by the Polish government at the time as anti-Polish propaganda. Lanzmann’s own comment is prescient in saying.”The last image of Shoah is a train which rides and never stops. It says the Holocaust has no ending.”

UN Secretary-General  Antonio Guterres on  January 27,  2017 asserted it would be a dangerous mistake to think the Holocaust was simply the result of the insanity of a group of criminal Nazis. On the contrary  it was the culmination of millennia of hatred, scapegoating, and discrimination targeting the Jews. Tragically, that targetting of antisemitism continues to thrive, fed by propaganda and falsification, negative sterotypes and scapegoating, and denials of the Holocaust.

The extent and persistence of  antisemitism, evil disease, is well known.The power of Jews in the world is apparently limitless. These bigots believe or pretent to believe that Jews control the international political world, judiciary, media, culture, business and finance. In view of this power it is bewildering and inexplicable that no Jew has yet become U.S. president.

In recent years European democratic countries have been reminded of the disease of antisemitism. This is illustrated in France with an apparent revival of interest in two well figures in 20th century French culture, who were prominent proponents of antisemitism. One is Charles Maurras, the other is the writer whose pen-name was Louis-Ferdinand Celine.

Maurras, organiser and leader of the political group Action Francaise and the newspaper of the same name, was a Catholic nationalist, a monarchist opposed to the parliamentary system, anti-Dreyfusard. and extreme antisemite. He was a prolific writer, the most influental in the ideas and ideology of far right-wing politics, and the advocate of “integral nationalism,” in essence France above everything. For a short time the young Charles de Gaulle was a disciple as were other prominent French figures.

Maurras, who was elected to the Academie Francaise  in 1938, was loyal to the war time Vichy regime, which he called a “divine surprise.” He called D Day, June 6, 1944, “the eighth invasion of France.” He inspired many of the policies of the Vichy regime, urging even stronger measures against Jews in France than were imposed by the infamous racial law of October 3, 1940.

Maurras was arrested in September 1944  and was sentenced to “national disgrace” and to life prisonment for conspiring with the enemy, but was released in 1952. Every year the French Committee for National Commemorations chooses 100 individuals it considers significant in French history and includes them in an edition it publishes. In the 2018 edition it included Maurras who born in 1868, 150 years ago.

However, as a result of public concern, the French minister of culture ordered the entire edition to be withdrawn, and to be reissued without mention of Maurras, thus “removing the ambiguity that was likely to divide French society.” This may be the case, but there was no ambiguity about Maurras; he was the most influential antisemite in France.

An edition of National Commemorations planned to include the writer Louis-Ferdinand Celine but this too was abandoned. Celine was a celebrated and successful writer, regarded by many as brilliant and a cultural icon, but also a virulent antisemite who wrote a number of strongly antisemitic pamphlets. He was a supporter of the Nazi and Fascist regimes, and of Vichy. During the Occupation he was friendly with the Nazis and denounced Jews  often in filthy slang and obscenities. In 1950 he was convicted in abstenia of collaboration with Germany during the war, sentenced to one year impisonment, and declared a “national disgrace,”  but he was quickly granted amnesty and returned to France.

The present issue concerning Celine relates to the principle of free speech. The publisher Gallimard planned to publish in its prestigious Pleiade edition a collection of Celine’s writings which included his antisemitic articles, written between 1937 and 1941 and never republished. Gallimard explained that censuring the antisemitic pamphlets “prevented light being shed on their ideological roots and only attracts unhealthy curiosity.” However, due to considerable criticism, and forceful statements by Serge Klarsfeld, the Nazi hunter, who held that Celine wrote of Jews in a “terrible manner,” Gallimard decided to suspend publication.

France is attempting to deal with falsification of history. The Gayssot Law of July 13, 1990 makes it an offence to deny the existence of a crime against humanity as defined by the London Charter of 1945, that became the basis of the Nuremberg trials of Nazi leaders. Therefore, Holocaust denial is prohited. This was borne out in a trial on June 6, 2017 concerning a journalist, Ariane Chemin, who had written in Le Monde an article pointing out the lies of Robert Faurisson, the most notable Holocaust denier in France. The court  acquitted of her of defamation because she told the truth about his denials of the Holocaust.

It is encouraging that France has recognized that history cannot be changed, that Nazi gas chambers did exist and function, that the Holocaust happened,  and that “post-truths” are not acceptable. The executioners were, as French historian Pierre Vidal-Naquet said, “instruments of a murderous ideology.” In this spirit, the truth will prevail.

PrevControversial German author takes Random House to court after it axes his book on Islam
Yao Jing: “In China Everyone is Free to Practice His Religion”Next