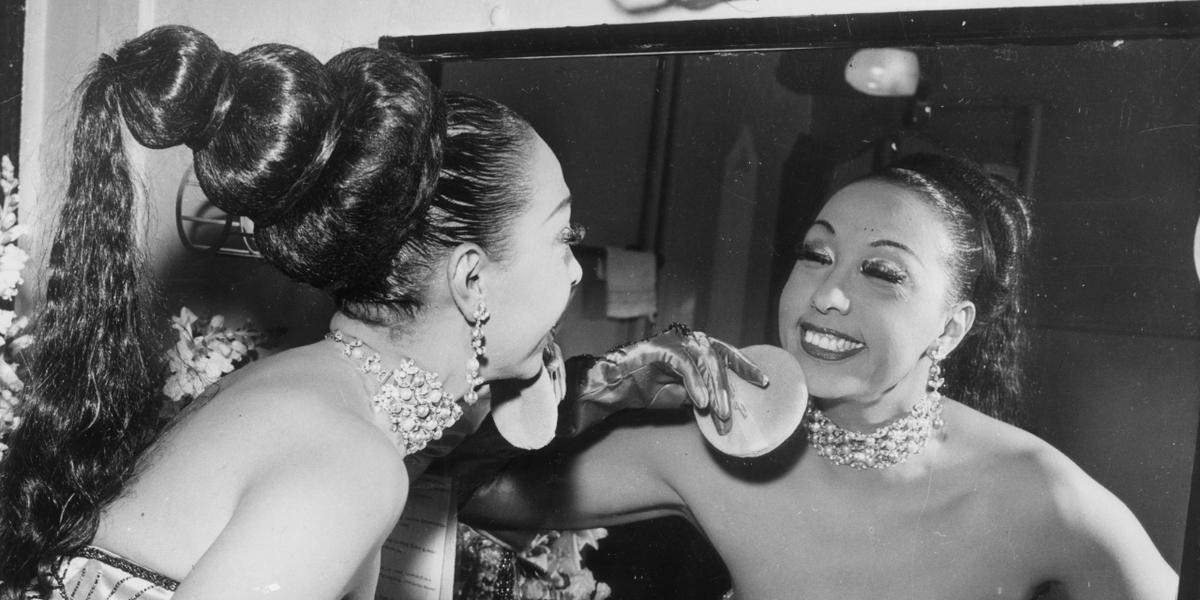 By coincidence there is presently discussion and evaluation of the life and work of two individuals, who can be regarded as contrasting illustrations of the good and the bad, honor and disgrace, of human beings.  At the top is the exotic Black Venus, Josephine Baker, the American-born French entertainer and icon who won the hearts of Paris and then became a French resistance fighter and known for her civil rights activity. At the bottom is Walter Duranty, not a man of honor or trust, one of Stalin’s useful idiots, who was the greatest journalist liar of his generation, the model of journalistic mendacity.

It is welcoming that, on her birthday, June 3, a petition was signed by thousands of French citizens for Josephine Baker to be buried in the Pantheon in Paris, an honor reserved for the most distinguished French individuals, and one that can only be decided by the president of France.  Baker, the magnetic dancer and entertainer, can be considered worthy of the honor for his career as a feminist, a wartime resistance fighter, an activist for civil rights, combatting racism and antisemitism.  In 1961, Baker was awarded by President Charles de Gaulle the Croix de Guerre and named Chevalier of the Legion of Honor. Her presence in the Pantheon would be a sign of national unity, emancipation, universalism. She should be inducted not because she was a woman or because she was black, but because of her acts of courage for the country of which she became a citizen.  She would add to the only five women in the Pantheon.

Josephine Baker was born in poverty in East St. Louis, Missouri in 1906. At the age of 13 she married an American Pullman porter, and after a quick divorce married, at age 15, a man named Willie Baker. In all, she had four marriages and several relationships with both men and women, including one with novelist Georges Simenon. Her favorite song was J’ai deux amours, Mon Pays et Paris, but she had many more than two lovers.

After a brief period in New York shows and in the black musical, Shuffle Along, she left the U.S. in 1925 for France which became her home for the rest of her life. She became one of the first colored American entertainers in Paris, mainly at the Folies Bergère. She quickly achieved notoriety and celebrity with her risqué, erotic, provocative, practically nude, dances, especially the one wearing only a short skirt of artificial bananas and a beaded necklace. For a time, she was the most successful entertainer in France, becoming a wealthy woman and a symbol of the Jazz Age. She was the first black woman to star in a major motion picture in 1927, and the friend of celebrities, Ernest Hemingway, Picasso, Jean Cocteau. In 1937 Baker was married to Jean Lion (Levy), a French Jew and an industrialist, and became a French citizen.

At the beginning of World War II, she was recruited by Jacques Abtey, head of military counterintelligence in Paris. No one could believe she was a spy, but she was successful since as an entertainer she was able to travel around Europe, and elsewhere, collecting information about German troop sites, airfields and harbors.

Her fame and personality allowed her to mix with high ranking foreign officials, and she was a guest at parties at embassies and ministries. She made notes of conversations in her sheet music in invisible ink, and, knowing she would not be searched, on her hands, and arms.

When the Nazis occupied Paris, Baker continued her espionage, in her rented home the Chateau des Milandes in the Dordogne where he housed resisters, and, starting in January 1941 in the French colonies in North Africa. She had gone there accompanied by 28 pieces of luggage, and a menagerie of monkeys and a great Dane, thus deliberately making herself conspicuous, which a spy would never do. She established a spy center in Casablanca, and among other activities used her connections to get passports for Jews fleeing the Nazis.

After the war, she toured the U.S. for a time as an entertainer, but more important, became involved in the civil rights movement and opposition to racism, segregation, and discrimination.  She was given life membership in NAACP by Ralph Bunche. She took part in the August 28, 1963 March on Washington, alongside Martin Luther King, Jr. Wearing her French wartime uniform, Baker was the only black woman speaker at the gathering. She was pungent, “I have walked into the places of kings and queens and into the houses of presidents, but I could not walk into a hotel in America and get a cup of coffee and that made me mad.”

After King’s assassination, Coretta Scott King asked Baker to replace her husband as leader of the civil rights movement, but Josephine declined. She was also a member in 1979 of LICA, (now LICRA) International League against Racism and Antisemitism.

In her life-style Baker implanted her principles, creating a multiracial and multinational “rainbow tribe.” She adopted 12 children of various ethnicities and religions, one a Jewish child, for whom she hired a rabbi. President Emmanuel Macron should honor her. 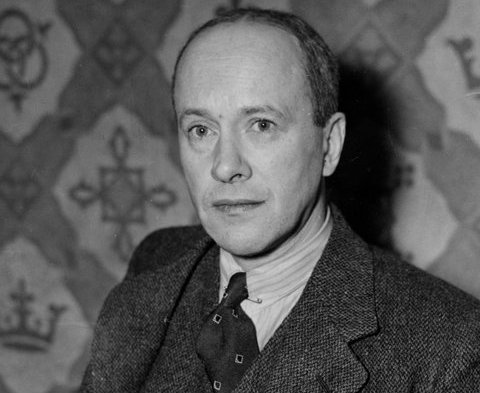 In contrast, Duranty doubled ill deeds with an evil word. As New York Times correspondent in Moscow, he played a major role by his articles, mostly  in 1931, denying the famine and starvation in the Ukraine, Kazakhstan, and other areas caused by Stalin’s policy of agricultural collectivization and grain seizures. He was awarded the Pulitzer Prize for the 13 articles he wrote.

The Pulitzer Prize Board is now considering a petition launched by the U.S. Committee on Ukraine Holodomor Genocide Awareness to rescind the award because of his false reporting on events  which killed an estimated 4-5 millions.

Duranty who was born of a middle-class family in Liverpool, England, was Cambridge-educated, wrote poems and regularly took opium in his youth, and dabbled in magic rituals in Paris, before becoming a journalist.  He was a correspondent in World War I and during his experience “felt a measure of indifference to blood, squalor, fear, and pity.”

He moved to Riga, Latvia and then to the Soviet Union after the Bolshevik victory in the Russian civil war. He had a French wife in the Riviera and a Russian mistress in Moscow. He became one of the best-known reporters in the world.

In the Soviet Union, he said he learned to respect the Soviet leaders, especially Stalin, whom I “consider to have grown into a really great statesman,” and with whom he had an exclusive interview in 1929 He praised Stalin as “an authentically Russian dictator,” though Stalin was Georgian, with some Ossetian ancestry.

Duranty was a skilled writer, adept at innuendos, euphemism, understatement. Famine became “food shortage,” and the country was experiencing “widespread mortality from disease due to malnutrition.” He dishonestly attacked the gifted Welsh reporter, Gareth Jones for his accurate reports on the famine, calling them “a big scare story.” Jones was the first to report, without any equivocation, the existence of the widespread Soviet famine in 1932-1933: “everywhere was the cry, there is no bread, we are starving.” Jones was murdered, probably by the Soviet NKVD, in Mongolia in 1935.

The basic issue is Duranty’s minimizing and denial of reports of famine. He reported that conditions were bad,  but there was no famine or actual starvation nor was there likely to be any.  Any report of a famine in the Soviet Union was an exageration or malignant propaganda, Duranty coined the aphorism, “you cannot n make an omelet without breaking eggs.”

He refused to acknowledge that Holodomor, killing by starvation, resulted from the collectivization policies of Stalin, which involved getting rid of the so-called kulaks, the relatively prosperous peasants who owned their own farms. They had to be liquidated or reduced to members of the proletarian class.

Oh what a tangled web we weave when first we practice to deceive. Duranty was well aware of the famine and his writings were part of a well[-orchestrated disinformation campaign by  the Soviet government, using the “big lie technique.”

The New York Times became aware of Duranty’s deception. Karl Meyer, of its editorial board, wrote in June 1990 that Duranty’s articles were some of the worst reporting to appear in his newspaper. The resulting non-action is shameful. In 1990, the Pulitzer Board decided not to rescind its award. Again, in 2003, after an investigation found Duranty’s reports to be unbalanced and uncritical, the Pulitzer award was challenged. The Board determined that by today’s standards for foreign reporting Duranty’s work “falls seriously short, but there was no   clear and convincing evidence of deliberate deception, the relevant standard in this case.”  It argued that evoking a prize years after it was awarded under different circumstances, when all principals are dead and unable to respond, would be a momentous step, and  therefore took no action.  It is time for the Pulitzer Board to straighten up and fly right.