Home Office had information on Rotherham grooming gangs in 2002 but failed to act, review finds

From the Independent, the furthest left leaning of all Britian’s left-leaning national newspapers and a small section from the Municipal Journal (before their paywall comes up) the management magazine for Local Authorities. 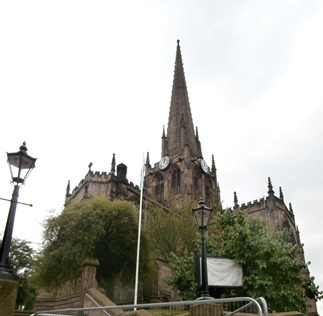 The government received information detailing the extent of grooming gang activity in Rotherham as far back as 2002 but failed to properly act on it, a review has found. The National Crime Agency’s ongoing investigation has revealed that more than 1,500 girls and young women may have been abused in the Yorkshire town between 1997 and 2013.

A report by Alexis Jay exposed “blatant” failures by police and the Labour-run local council, where officials feared racism accusations at the time. The independent inquiry said an unpublished Home Office research report from 2002 described the extent of child sexual exploitation in Rotherham and a series of criticisms over the response “that should have raised concern”. The independent review of information passed to the Home Office in connection with allegations of child sexual exploitation (CSE) in Rotherham between 1998 and 2005 was commissioned after Professor Alexis Jay’s independent inquiry suggested the department had been passed information about the scale of abuse in the Yorkshire town many years before anybody was convicted.

A review has failed to find a file allegedly indicating Whitehall was aware of widespread child abuse in Rotherham years before the scandal was exposed, home secretary Sajid Javid said today. An internal Home Office review of the information it handled could not locate the 2002 document but found that records were “imperfectly operated” and it may have been received. . . After reviewing the internal probe, barrister Richard Whittam QC and NSPCC chief executive Peter Wanless concluded that the government had been “significant and proportionate” and found no evidence of files deliberately being destroyed.

Sajid Javid …said the recommendation had been accepted and that the department introduced a new referral system in 2014…“As public servants, we all have an important responsibility to raise and respond effectively to any safeguarding concerns we may encounter in the work we do – not least allegations of child sexual abuse…The permanent secretary and I take this issue extremely seriously and the Home Office will continue to promote amongst all staff the vital importance of using all available information to consider if a child is at risk of abuse.”

The Independent then mentions trials still to take place and the recent conviction of “Tony Chapman, who was imprisoned for 25 years in May for raping two girls and indecently assaulting another.”

The reporter completely fails to mention the numerous mass convictions of defendants of the Islamic faith, who all knew each other, either being related, or working for the same employers (minicab drivers and fast food being the main small businesses) or living in the same streets, who worked as a pack, and had no fear than a cousin might just betray them to the police.

When an English paedophile wants an accomplice he has to tread carefully and furtively to locate a trustworthy like-minded individual. As I know from the case papers that came my way when I was a clerk this is often the point where their activities come to light.  The chap who took his vile pictures of his victim into the local chemist to be developed thankfully was very stupid and immediately found himself being questioned (and later tried, convicted and sentenced). The Muslim gangs have never, to my knowledge, been exposed from within. That one of their number thought, no this is too much. But to the Independent there is no racial, religious or cultural angle, and there is no community cohesive reporting restriction on Chapman.

The other thing that I wonder about is the cultural make-up at the Home Office. This was under a Labour government, but the Conservatives and Liberal Democrats (when in coalition) changed nothing after 2010, and ‘community cohesion’ was more important everywhere in authority than the welfare of white working class girls. But I still wonder about the purge of 2007-8 that cleared old school Civil Servants (Indian heritage as well as English) out of the Home Office and the Ministry of Justice, and what the ‘cultural’ background of the officials who received, but ‘lost’ that report of 2002 was. Call me cynical, but the older I get….